forget those lofty, early comparisons of Joe Biden to FDR. While COVID-19 is on the rise and the heart of his domestic agenda is in new peril, Biden risks the apt comparison being to Jimmy Carter.

That is, a president respected as honorable and well-meaning but one who even some supporters fear is not quite up to the job, especially when buffeted by events beyond his control. Biden faces deepening fractures in his Democratic Party as forbidding midterm elections loom. 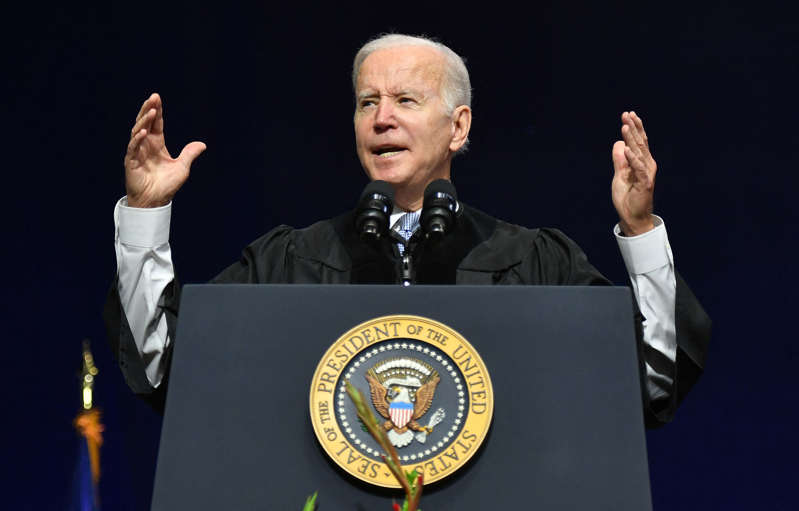 Democratic Sen. Joe Manchin dealt a body blow – perhaps a fatal one – to the Build Back Better bill, the sweeping measure that is stuffed with the president’s ambitions on climate change, the social safety net and taxes. “I’ve tried everything humanly possible; I can’t get there,” he said on “Fox News Sunday.” “This is a no.”

The West Virginia senator then blasted a statement to reporters that seemed to slam the door closed: “I cannot vote to move forward on this mammoth piece of legislation.”

The White House fired back with language rarely used against someone leaders think could be won back. Press secretary Jen Psaki questioned Manchin’s integrity, saying his words “represent a sudden and inexplicable reversal in his position, and a breach of his commitments to the President and the Senator’s colleagues in the House and Senate.”

In a Senate divided 50-50 between two sharply polarized parties, the loss of even a single Democratic vote means it is all but impossible to envision how the bill could pass.

As alarming as the apparent collapse of the president’s domestic agenda is the rise of COVID-19. It was the crisis that did more than any other issue to propel Biden’s election, and getting it under control has been the driving issue on which his presidency is judged. A year ago, as president-elect, he predicted that by this Christmas, the country would be back nearly to normal. In March, he said July 4 would “begin to mark our independence from this virus.”

Now, moves toward normalcy are in retreat. A new wave of infections from the omicron variant of the coronavirus prompted colleges to close campuses, Broadway to cancel shows, sports teams to reschedule games, employers to slow the return to in-person workplaces – and Americans to reconsider plans to gather over the holidays with family members they may not have seen since the start of the pandemic almost two years ago.

Francis Collins, the departing director of the National Institutes of Health, told NPR the United States could see 1 million COVID-19 cases a day. “I know people are tired of this,” Collins said. “But the virus is not tired of us.”

To be sure, Biden has time to recover. Bill Clinton, for one, rebuilt his political standing and won a second term even after watching his priority health care overhaul collapse and his party lose control of the House and Senate during his first two years in office. But Carter was crushed in his 1980 reelection bid after a presidency marked by spiraling oil prices and the Iranian hostage crisis.

What worries even Democratic partisans is that the demise of the bill after months of negotiation undercuts what Biden described as one of his big assets: his deep knowledge of Congress and ability to get major legislation passed. Manchin’s reluctance to support the size of the package and its climate provisions frustrated Democrats, but he hardly kept his objections a secret.

As it turns out, Biden’s ambitions have been too big for his congressional majorities, at  least so far. When Franklin D. Roosevelt took office in 1933, Democrats held huge majorities in Congress – 313 seats in the House and 59 in the Senate. Lyndon Johnson, another transformative president, had 295 Democrats in the House and a filibuster-proof 68 in the Senate in 1965.

Under Biden, the Senate is evenly split, though Democrats are in control because Vice President Kamala Harris would cast tiebreaking votes. In the House, Democrats hold the narrowest of edges over Republicans, 221-213.

Despite having no votes to spare, Democrats were fracturing Sunday.

Sen. Bernie Sanders, I-Vt., accused Manchin of not having the “guts” to take on pharmaceutical and other powerful special interests, and he said Democrats should bring the bill up for a vote anyway. “Let him vote no in front of the whole world,” Sanders said on CNN’s “State of the Union.”

But he didn’t suggest there was any doubt about what the outcome of that vote would be.