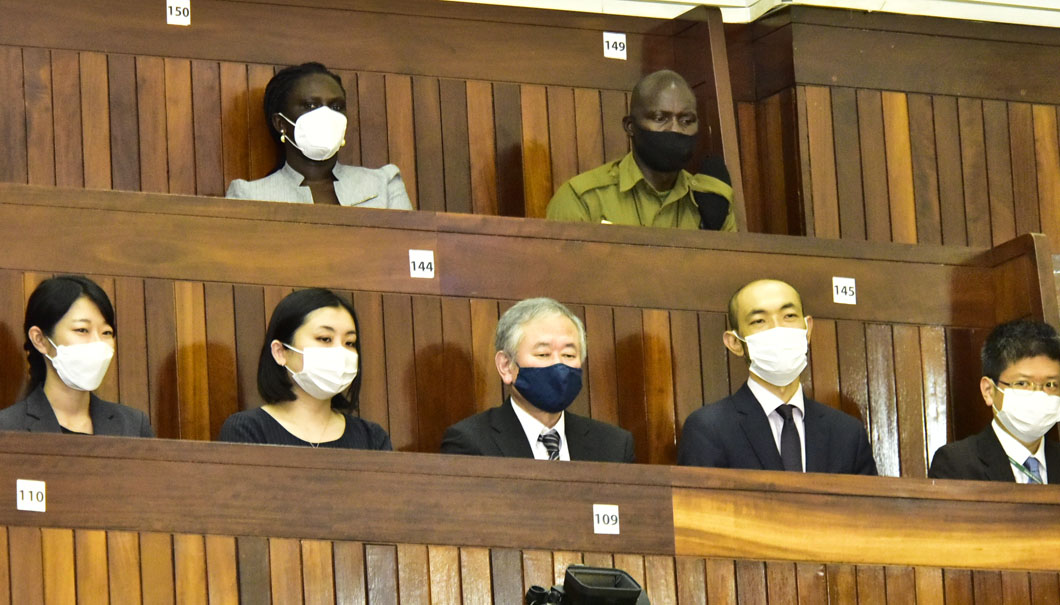 A delegation  A  delegation from JICA and Japan Embassy follow debate in the Gallery.

Parliament has commended the Japan International Cooperation Agency (JICA) and the Japanese Government for their support to Uganda.

This was during debate on a motion moved by Hon Charles Onen (INDP, Laroo-Pece division) during plenary on Wednesday, 15 December 2021 where Parliament applauded JICA and other agencies for their development assistance to Uganda. 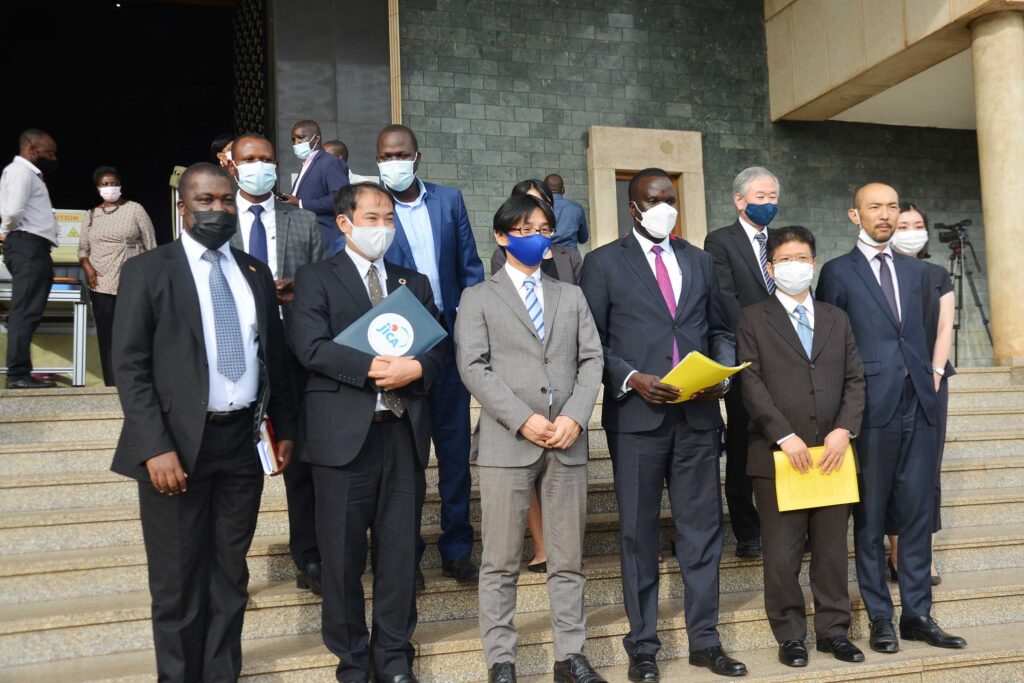 A  delegation from JICA and Japan Embassy at the Parliament Of Uganda.Photo by Ronald Kabuubi/KMA Updates.

Onen, who spoke briefly to the motion, said JICA started its work in Uganda in 1992 and has made a great contribution in the lives of Ugandans.

“They are not target workers who give with one hand expecting to get from the other. They are very humanitarian, religious in their support and none of their grants have strings attached,” Onen said as the officials from JICA and Japan Embassy followed the discussions in the Gallery. 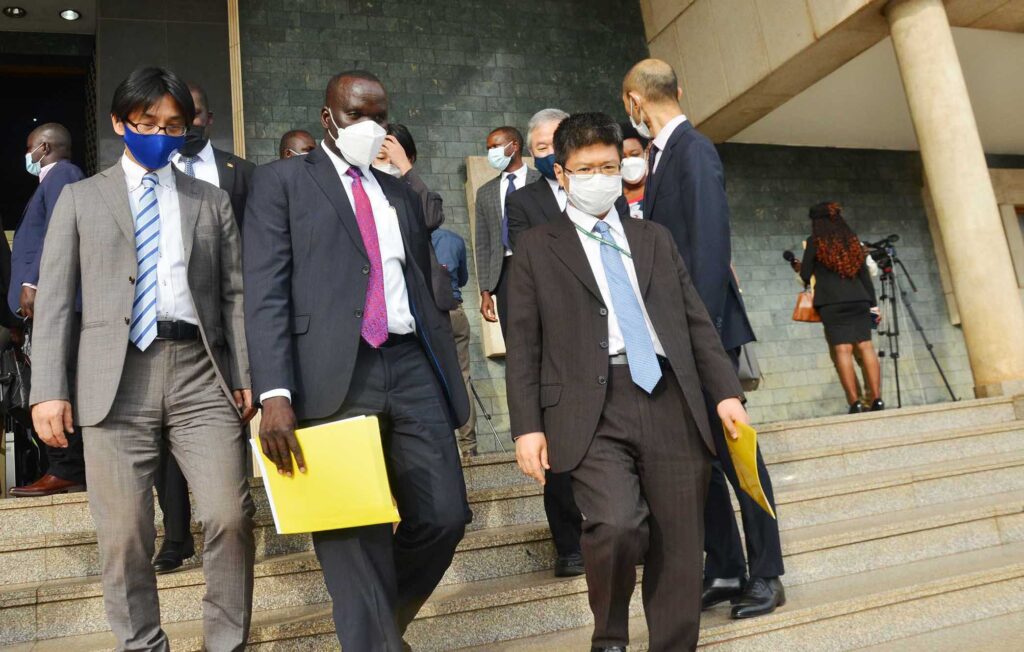 at the Parliament of Uganda.

Onen cited support towards refugees, construction of roads and other infrastructure as some of the projects undertaken by JICA.

“They have injected US $36.8 million in West Nile for road construction; supported the improvement of Gulu Municipality council roads and also worked on agricultural projects nationwide. Currently, they have ongoing projects on strengthening resilience in refugee-hosting and affected districts,” he said. 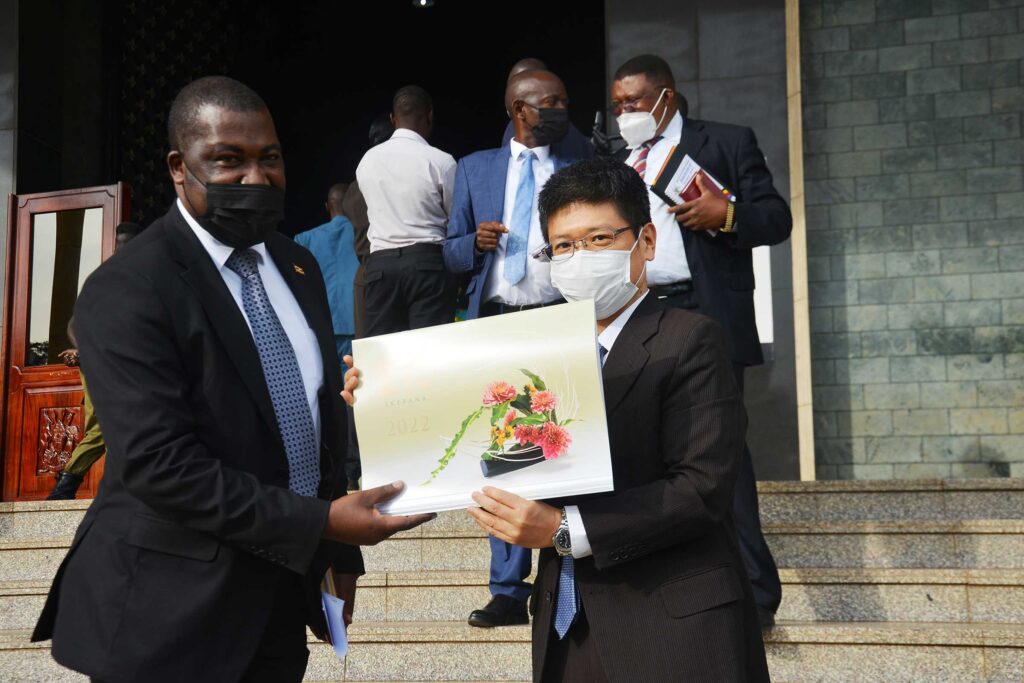 Honourable Daniel Kimosho (NRM, Kazo County), while seconding the motion, said he is greatly touched by the efforts of JICA in improving the healthcare system in Uganda.

“JICA has also worked in the agriculture sector, schools and general infrastructure and all these are geared towards the improvement of human life. JICA and Japan serve as an example to many partners as far as integrity and quality standards are concerned,” he said. 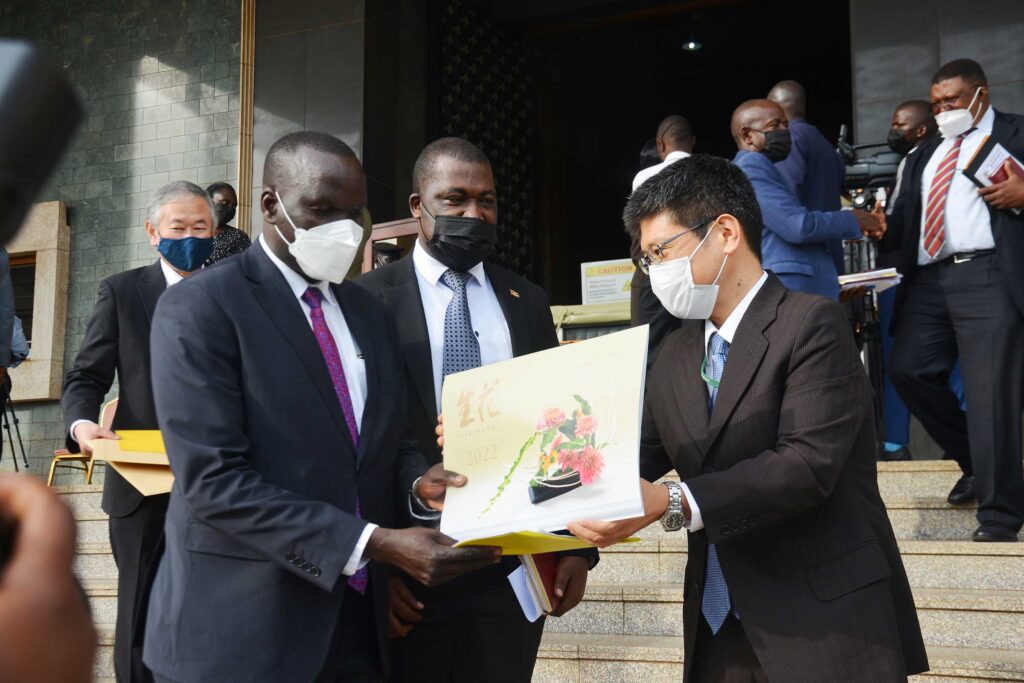 Honourable Eric Musana, the Buyaga East County MP observed that Japanese assistance does not come with conditions and yet some development partners attach conditional funding.

The Minister of State for Works and Transport, Musa Ecweru, recalled while superintending the disaster and refugees docket that JICA supported Uganda at a critical moment when there was an influx of immigrants into the country.

“The Japanese and other partners were able to cushion the Government of Uganda and that is why we were able to take care of over one million refugees. The road network that is available in the refugee-hosting areas, among others, is thanks to the people of Japan,” he said.

The Opposition Whip, Hon John Baptist Nambeshe who spoke on behalf of the Leader of the Opposition, thanked JICA for refurbishing Bududa district hospital.

“Bududa is captured as a hotspot of environmental degradation. I want to use this opportunity to thank JICA for providing funds to support the environment,” he said.

Honourable Kasule Lumumba, the Minister for General Duties in the Office of the Prime Minister, thanked Japan for the mutual respect they accord Uganda in regards sovereignty.

“At times some want to go beyond their boundaries but you have respected sovereignty. I also want to thank you for all the projects but most importantly we have also taken lessons from you on monitoring of the projects,” she said.

The Speaker of Parliament, Jacob Oulanyah, said that recognising the contribution of a partner that has stood with Uganda through thick and thin, rain or shine is key and that is what the House has done.