Skip to content
Africa Covid19 Europe LifeStyle North Africa South Africa The Rest Of the World Travel West Africa
Ronald Kabuubi
No Comments
121 Views
Scott Morrison has travelled to Queensland despite being identified as a casual contact of a person with Covid-19 after his attendance at a Sydney high school graduation.
Morrison and a person with Covid-19 were among about 1,000 attendees of the Kincoppal-Rose Bay graduation gala at the International Convention Centre at Darling Harbour on Friday.

© Provided by The Guardian Photograph: Bianca de Marchi/AAPA spokesperson for the prime minister confirmed he was deemed a casual contact by New South Wales authorities on Tuesday night but he has returned two negative PCR tests since the event.

“As such NSW Health and the chief medical officer have advised he is not required to isolate,” the spokesperson said.

“As per the NSW Health guidelines, the prime minister will be tested again on day six.

The prime minister travelled to Queensland on Wednesday after getting advice from Queensland Health and the state’s chief medical officer who agreed that all the normal requirements have been met.

Morrison was pictured at the event with members of the musical act Boys In The Band. In their social media posts the band said they had “performed two amazing 45 minute sets that had the entire dancefloor packed”.

On Wednesday morning Morrison confirmed his trip to Queensland because Queensland authorities confirmed it was safe to travel.

“That’s what living with the virus is,” he told 4BC Radio in Queensland. “The virus is there, Omicron is in Australia. We’re going to live with this virus not let it drag us back where we’ve been.

“We’ve got one of the highest vaccination rates in the world. We’re about to tip over 90% double dose around the country … We’ve got to keep moving forward, we can’t slip back.

“It’s great Queensland has opened up, but we need to make sure we’re using better and faster methods to ensure we can get people back in the community.”

Queensland is a key election battleground but has been difficult to access because of border restrictions during the pandemic, with Labor leader Anthony Albanese racking up more trips to the sunshine state so far than the prime minister.

Morrison has had a busy schedule since the Friday event, including a joint press conference with the South Korean president Moon Jai-in on Monday and dinner with him on Tuesday; and the announcement of mRNA manufacturing in Melbourne on Tuesday.

Morrison told 4BC Radio the South Korean delegation were not concerned he was identified as a close contact and “were totally relaxed about it”. “The world’s living with it – so we’ve got to live with it.”

Morrison was asked about two plane loads of people in Queensland being forced into quarantine for 14 days. He replied it was a matter for the Queensland government but hoped allowing travellers out by Christmas would be a priority.

Morrison argued there was “nothing magical about 14 days”, suggesting that allow passengers out of quarantine if they tested every day would be a more “innovative” solution.

Queensland later relaxed the ruling, reclassifying many on the flight as casual contacts, unless they were sitting in close contact with infected passengers.

Morrison told reporters in Brisbane he welcomed the “commonsense” approach, but noted in other states including New South Wales close contacts only need to quarantine for seven days, with appropriate testing.

On Wednesday, Morrison announced that the government will set up an online safety youth advisory committee to assist the eSafety Commissioner with issues of online privacy and bullying.

Morrison told 4BC he would be “meeting with young people talking about the challenges they face with social media” because online safety had been a big focus of the government.

“Our kids are growing up in a completely different digital world to the one we did and we need to keep them safe.

“And it’s particularly true for women and for girls, the online space is a place they get trolled, they get harassed and they get abused.”

Morrison also announced a reduced interest rate in the pension loan scheme to enable people of pension age to draw on the equity in their home to fund their retirement.

On Wednesday Albanese will campaign in Braddon, one of two Tasmanian seats Labor hopes to pick up at the 2022 election. 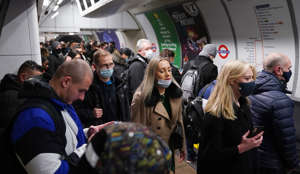 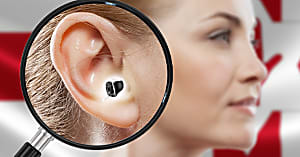 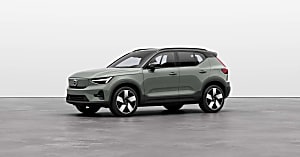 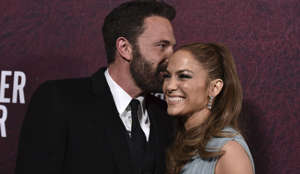