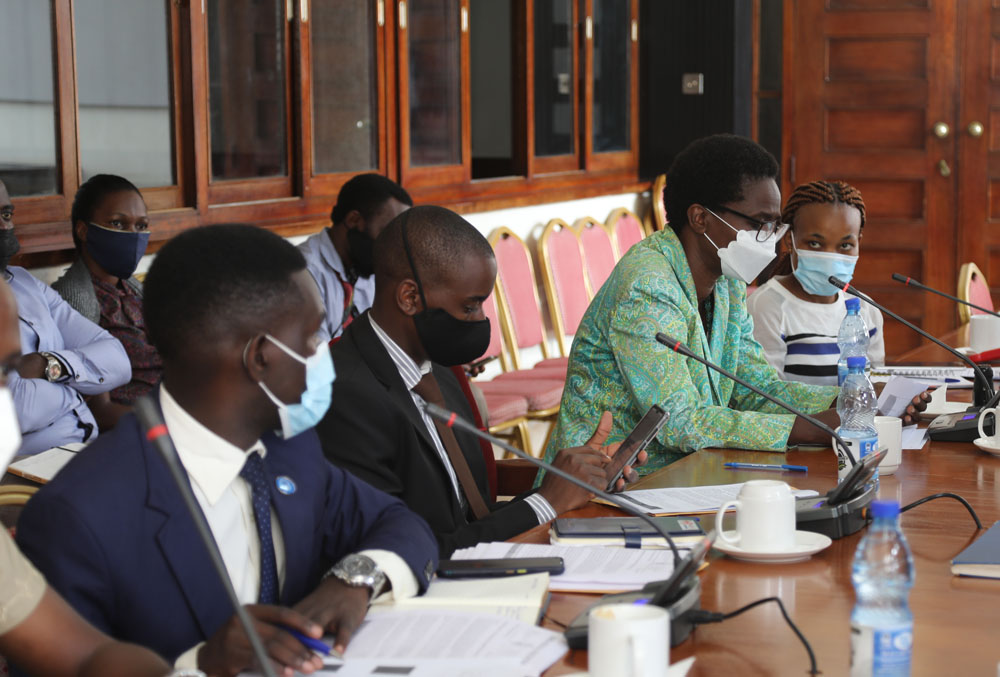 Attempts by lawmakers to convince medical workers in government hospitals and health centres to review their industrial action were futile, with the medical workers vowing to continue the strike until their demands are met.

Medical workers countrywide took to industrial action five weeks ago, demanding a raise in salary and health insurance. They further complained about lack of medical supplies.

While meeting the doctors under their umbrella body, Uganda Medical Association (UMA), on Wednesday, 8 December 2021, MPs on the Health Committee asked the medics to exercise patience while government looks into their demands.

Obongi County MP, George Bhoka Didi, explained that whilst Parliament approved a supplementary budget to facilitate medical workers, its implementation would take a while.

“Salary increment is a genuine demand and I have been a victim of the meager pay while still in the practice. My prayer is that the doctors resume work based on the core value to save humanity and lives,” he said.

Committee Vice Chairperson, Hon. Joel Ssebikaali, reassured the doctors that government’s commitment to ensure enhanced remuneration of medical workers is a work in progress and will eventually be implemented.

“It is a process to release the money passed in the supplementary budget. Let us exercise patience,” said Sebikali.

Hon. Bernard Kirya Sekyanzi (NRM, Budyebo County) said that government’s overall goal is to improve service delivery in the health sector, which according to him takes some time.

“I request that you go back to work and we serve the country,” he said.

Honourable Victor Nekesa (UPDF) implored the doctors to change their attitude towards work, saying that they swore to save lives.

“While government is working towards meeting demands of medical workers, they need to uphold their morals and continue with work,” she said.

Honourable Kenny Auma (NRM, Kwania district) however, urged legislators to ensure that the demands of the medical workers are expeditiously handled, saying that the doctors deserve better salary pay.

“Doctors are working hard under harsh conditions. They need to be motivated and those who were killed by Covid-19 while trying to save lives should be compensated,” she said.

The Chairperson Uganda Medical Association in charge of welfare, Dr. Aaron Nahabwe, said as medical workers enter day 15 of industrial action, they would not resume work until the supplementary budget is implemented.

“I work in Mulago Hospital and I buy my own masks and yet we are told that the supplementary budget was passed. We need the presidential directive implemented,” he said.

Regarding filling vacant positions in government health facilities, Nahabwe said that the minimum demand is that an advert is published by the health service commission.

Commenting on the Interns pay, the Secretary General UMA, Dr. Herbert Luswata said they are avoiding a repeat of what happened in 2019 when a supplementary budget was passed and remuneration of interns included but to date, no money has been paid.

The Vice Chairperson, UMA, Dr. Edith Nakku said that as government works on meeting the immediate demands of medical workers, they expect salary enhancements for officers and other consultants by July 2022.

She added that Ministry of Public Service and the Health Service Commission together with Ministry of Health should fill the vacant and already funded positions in the designated civil service establishment in July 2022.

“Doctors are a frustrated lot of people. We need a task force to oversee the implementation process of these presidential directives. The challenge in the past four years is that there are these promises and goodwill but no implemention,” said Nakku.

She informed the MPs that government ought to budget for an estimated Shs 1.6 billion to implement their demands in 2022.

While addressing the nation in 2017 and in June 2021, President Museveni said doctors’ salaries will be increased from Shs2.5 million to Shs5 million.