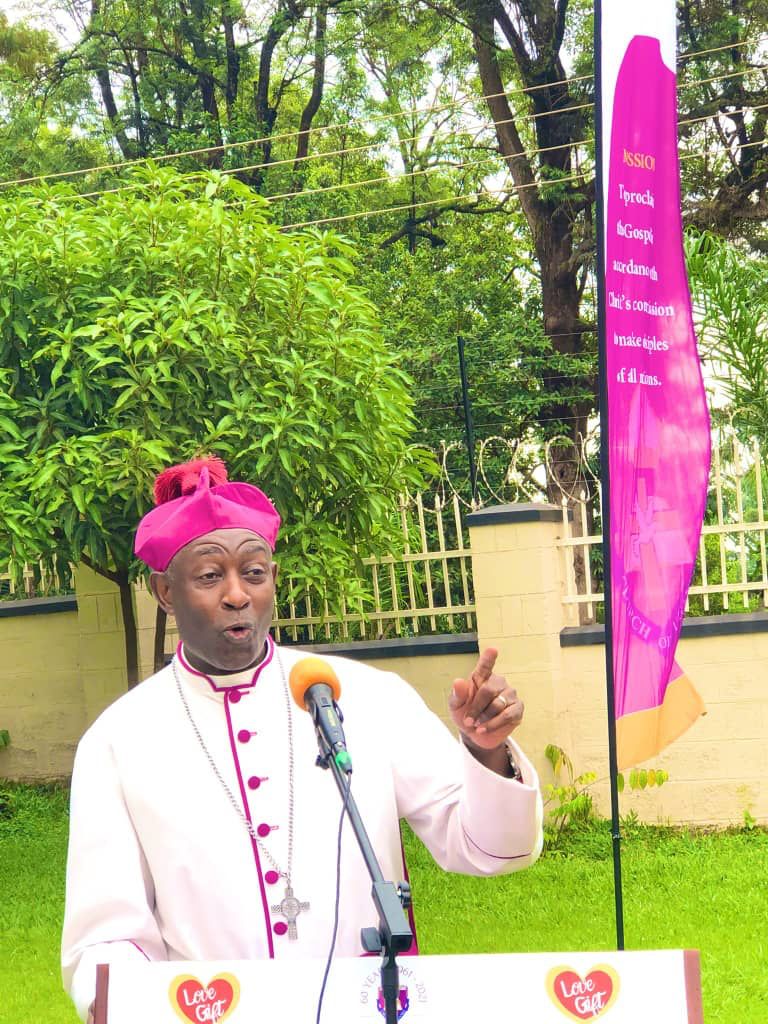 The Archbishop of the Anglican Church of Uganda, Rt. Rev. Samuel Steven Kazimba Mugalu has today launched 16 Days of Gender Activism at His Palace in Namirembe.

The Church of Uganda joins the world to acknowledge that Gender based violence is a universal problem and a silent pandemic that requires our collective responsibility to end.

Globally, research shows that, 1 in 3 women will be physically or sexually abused in her lifetime. 56% of Ugandan women experience physical violence, 27% experience sexual violence – and of those, 55% are under the age of 19.

In addition, 51% of women have been abused by an intimate partner in their lifetime. Sadly, this means that more than half of the women in Uganda have been victimized.

It is also true that men and boys can be victims of gender-based violence.  But the sad fact is that many societies value women less than men, hence increasing their vulnerability to GBV.

We therefore support the Government’s efforts to prevent and reduce gender-based violence. 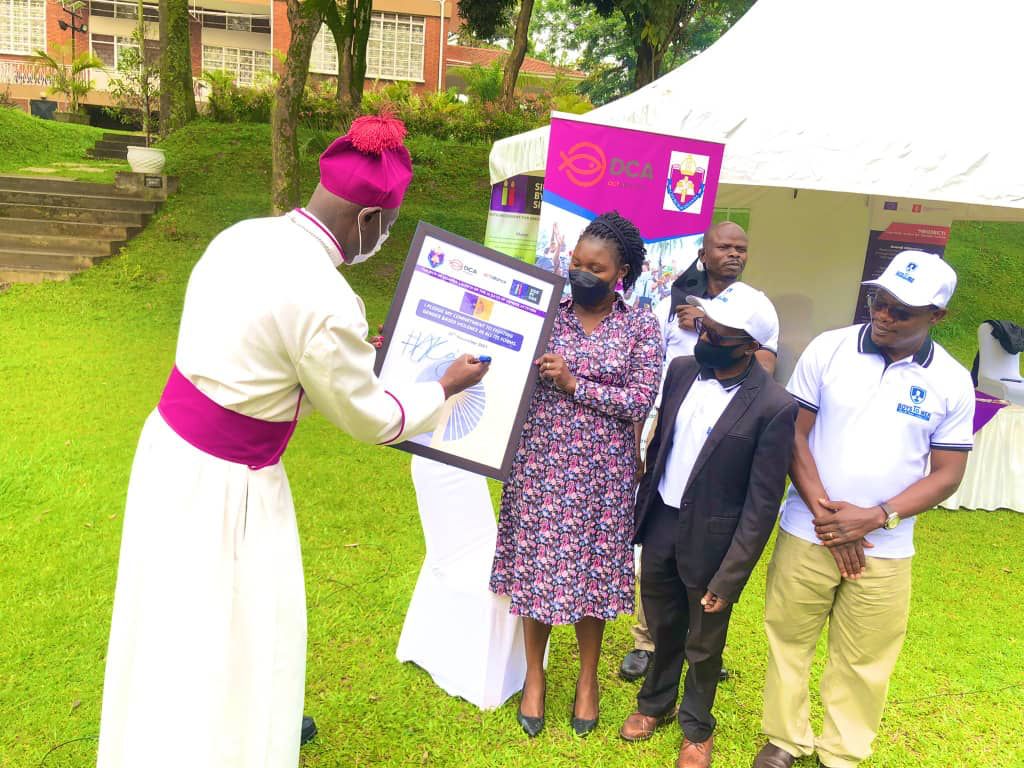 Archbishop Kazimba says as the Church, they recommit to;

Refusing to participate in the conspiracy of silence about Gender-Based Violence and those who are the perpetrators.

Encouraging survivors to report Gender-Based Violence to the appropriate authorities so justice can be achieved.

Providing counseling and support through our churches to survivors of Gender-Based Violence.

Working to ensure our churches and ministries are safe spaces for women and girls, men and boys. If church leaders are found to be engaged in Gender-Based Violence, we will discipline them and engage local law enforcement authorities. 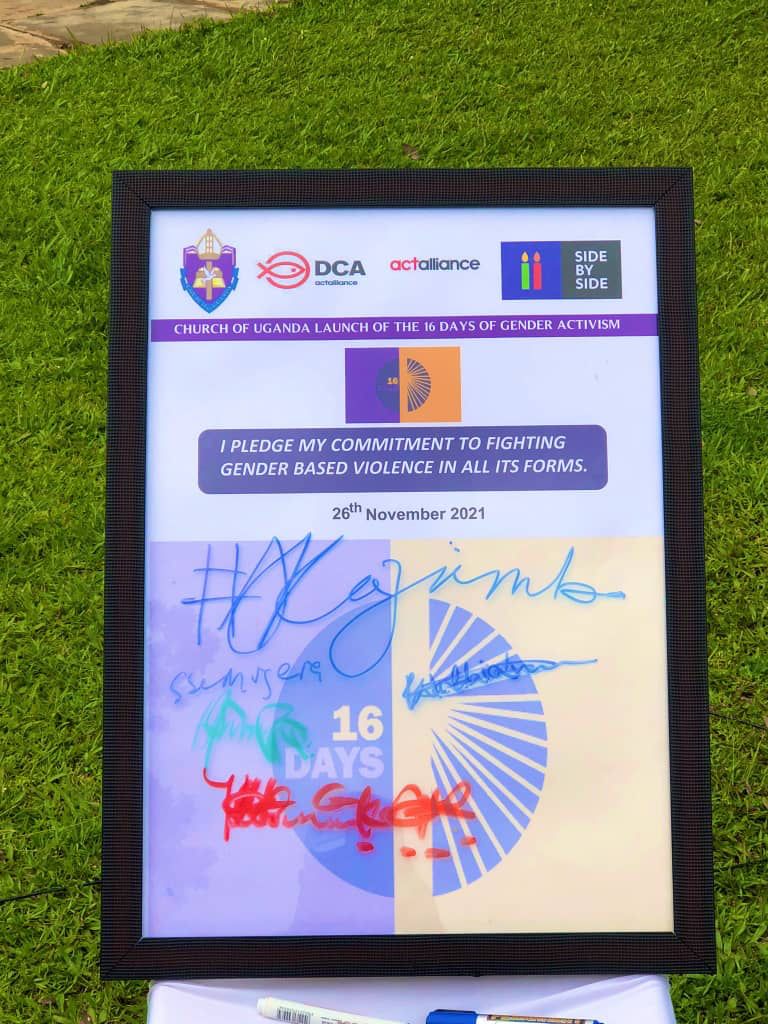 Continuing to speak out and create community awareness through preaching and other communication channels. We pledge to engage social media and mainstream media to promote GBV Prevention messages. We will participate in talk shows, press conferences, and community dialogues.

Working with men and boys to become Male Champions for Gender Justice and support them to become agents of change for sustainable gender justice and gender equality.

Embracing programmes that mentor the boy child right from childhood to be responsible and respect the girl child as equal beings.

The conspiracy of silence must end. I call upon everyone to speak out against this inhuman vice, and to embrace our personal responsibility to end gender-based violence.

He called upon media owners and practitioners to offer the Church the necessary support during these 16 days.

Dr. Martin Luther King, Jr. said, “True peace is not merely the absence of tension, it is the presence of justice.”  Until violence against women is finally eradicated, the Christian vision of justice can never be realized.