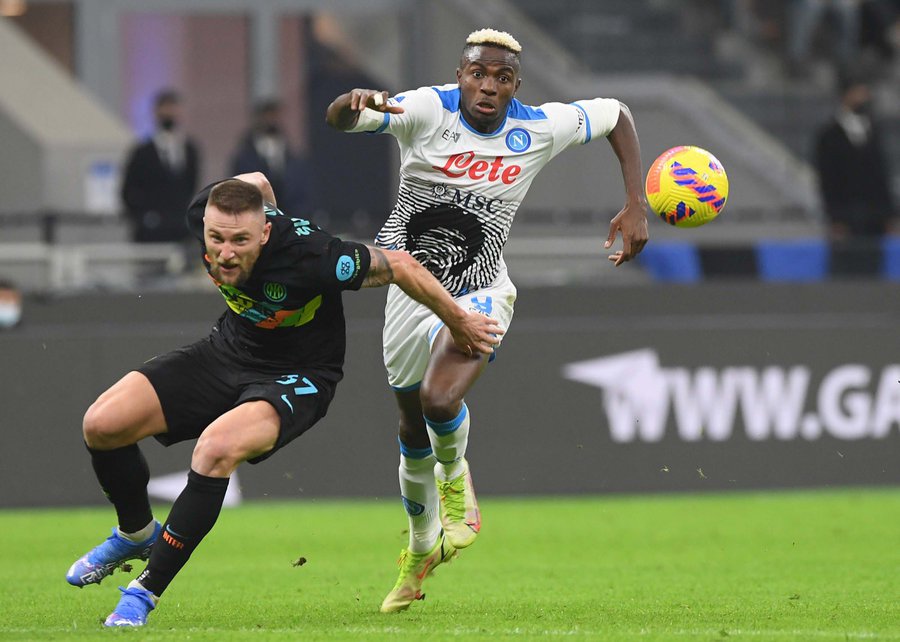 Victor Osimhen suffered a serious clash of heads as Napoli suffered their first defeat of the season in Sunday’s Serie A game against Inter Milan.

The Super Eagles forward was rushed to the San Raffaele Hospital for tests, after he was diagnosed with head trauma
He appeared to fracture his cheekbone during a clash of heads with Inter defender Milan Skriniar.

Napoli had headed to the game after the international break hoping to start from where they stopped.

Piotr Zieliinski gave Napoli the lead in the 17th minute from an Lorenzo Insigne’s assist.

Inter Milan levelled from the spot after Kalidou Koulibaly handled the ball with his hands inside the box.

Hakan Calhanoglu stepped up and converted from the spot before he turned in a an assist for Ivan Perisic who completed the come back just before the break.

Dries Mertens scored in the 79th minute and raised the bar for a comeback, but a resilience defending from Inter Milan saw them got the three points.