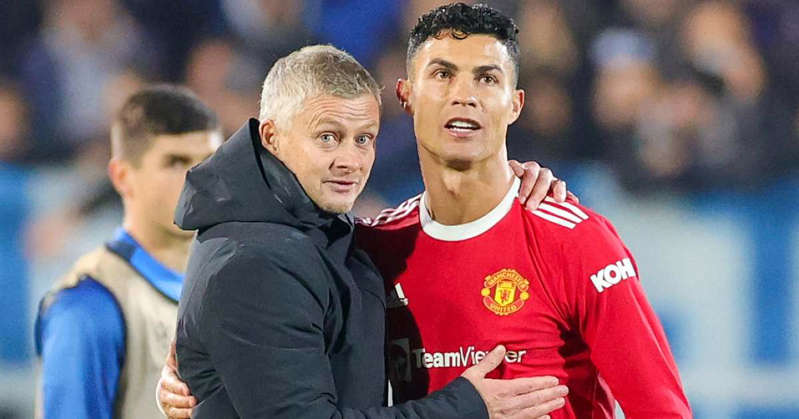 Manchester United boss Ole Gunnar Solskjaer called six of his senior players to a crisis meeting at Carrington on Thursday, claims a report.

Solskjaer remains deep in the mire at Old Trafford after uninspiring set of recent performances and poor results. With Watford up next at Vicarage Road on Saturday, anything but a victory will heap more pressure on the under-fire coach. And Solskjaer was quick to call a group of his experienced players together after international duty this week.

Man Utd may be right to stick with Solskjaer

Captain Harry Maguire, Cristiano Ronaldo, Victor Lindelof, Bruno Fernandes, Luke Shaw and Nemanja Matic were all present at a 10am meeting, according to the Daily Mail.

The meeting thread was how United can turn around their season. Heavy defeats to rivals Man City and Liverpool have put them into crisis. Tactically Solskjaer was keen to speak about United’s switch to a back three in their last three games.

The embarrassing 5-0 home defeat to Liverpool prompted the switch to the wing-back system. Maguire has been the only defender to play in the three games with a three-man defence. Raphael Varane, Lindelof and Eric Bailly have all rotated.

The finer details of the meeting remain unclear, but it’s clear the 48-year-old is fighting to save his job at United.

The meeting came just hours before Leicester boss Brendan Rodgers pledged his commitment to the Foxes.

Former Liverpool boss Rodgers is believed to be United’s top candidate to replace Solskjaer. The United hierarchy see the Northern Irishman as a ‘credible’ and ‘progressive’ choice, according to the Manchester Evening News.

90min has also reported that “moves are being made in the background in order to replace the manager”.

The outlet concur with the MEN and “understand that United started working on a succession plan”.

United’s public stance has always been to support the Norwegian boss, who took over at Old Trafford as caretaker manager in December 2018. That remains the case, but executive vice-chairman Ed Woodward speaking this week said that on-field success is the “top priority”.

United officials had hoped to stand by Solskjaer for the rest of this season. However, the nature of the defeats to Liverpool and Manchester City has seen a change in mood.

Solskjaer does have allies at Old Trafford and Woodward, Richard Arnold and Sir Alex Ferguson are believed to have spoken up for him in recent weeks.

The board are apparently split on whether Solskjaer, who returned home to Norway during the international break, should remain at the club.

What is clear is that Rodgers has publicly backed away from the speculation.

“It doesn’t frustrate me personally, because my focus is the next game, which is Chelsea,” said Rodgers on Thursday.

“But it’s frustrating for the fans and, I would say, for my players.

“If anyone were to read what’s been out there, and then that can destabilise. I’m the Leicester City manager, proud to be here, and fully committed. And all the other noise around that is something we cannot control.

“I have a huge respect for Khun Top and the protection of his father’s legacy. I feel I’m in the right place, with the right people.”