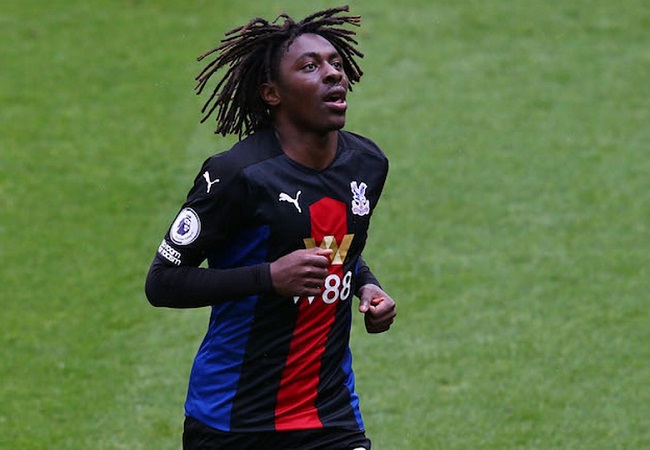 Crystal Palace boss Patrick Vieira has confirmed that Nigeria Football Federation target Eberechi Eze is in contention to make his first Premier League appearance since May 2021 when his side face Burnley at Turf Moor on Saturday.

The former England U21 international has been included in Palace’s provisional squad. And he will travel with the team to Lancashire for their clash versus the Clarets.

Eze has missed all the games the Eagles first team played this season as he was recovering from a long-term injury he suffered in training at the back end of the 2020-2021 campaign.

The good news is that his injury problems appear to be over after coming through two Premier League 2 fixtures against Blackburn Rovers and Chelsea, plus an in-house friendly unscathed.

“Eze is doing really well. He played two games and 90 minutes [in an in-house friendly]. And he has been training with the team. He will be part of the group that travel to Burnley.” Vieira told reporters at Friday’s press conference.

“Obviously he’s a talented player. But he’s still a long way to go from his best.

“We need to remind ourselves that he will need time to return to what he was because of the injury. He will get there.” Added the coach.

Eze, who trained with the Super Eagles in March 2017 before a cancelled friendly vs Burkina Faso, will wear the number 10 on the back of his jersey this season.