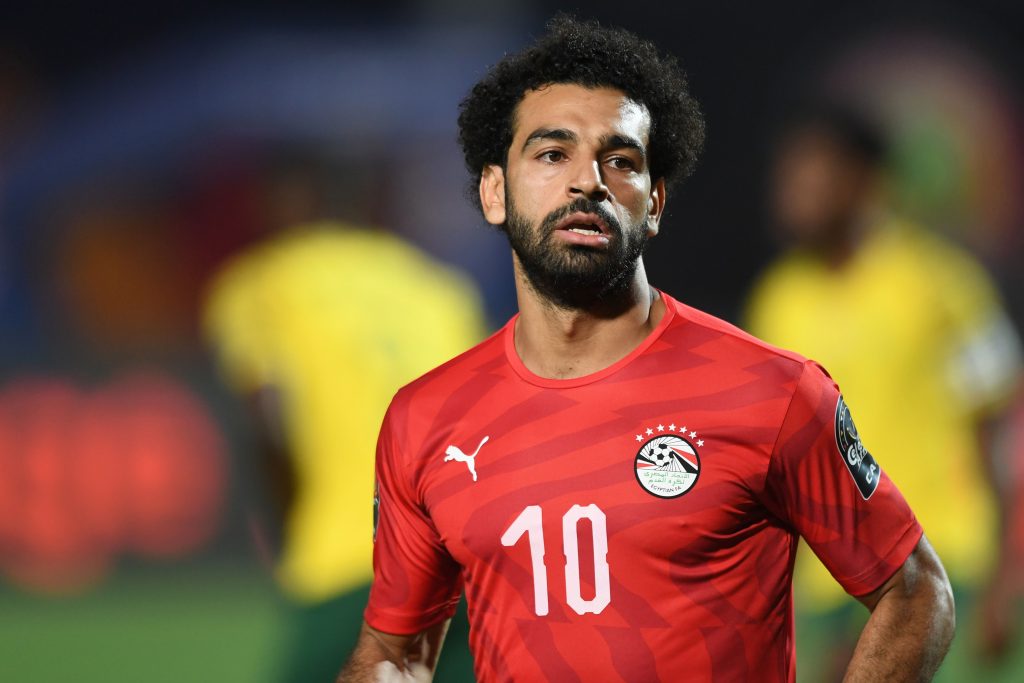 At the final whistle of Egpyt’s 2-1 win over Gabon in World Cup Qualifying Mohamed Salah needed bodyguards to escort him from the field as several opposition players asking for his shirt.

Liverpool ace Mohamed Salah is usually gifted with weaving his way past opponents. But the Egyptian international needed bodyguards to evade numerous Gabonese players asking for his shirt on Tuesday evening.

Though his his performances for his nation have gone relatively unnoticed, the ‘Egyptian King’ helped the Pharaohs qualify for the final play-off round on Tuesday.

Now all that stands between Egypt and the Qatari World Cup is a two-legged tie, with the opponents yet to be finalised.

Such is his current pedigree, Salah has been included on the 30-man shortlist for the 2021 Ballon d’Or. And Gabonese players wasted no time in trying to secure a memento.

At the full-time whistle, several players can be seen rushing up to the Liverpool star, asking for his shirt.

Salah then has to politely apologise, having already promised it to Gabonese midfielder Levy Madinda and gestures he will swap shirts in the tunnel rather than on the field.

Bodyguards were then seen helping escort the winger from the pitch. And Salah took his time to thank the referee and officials before exchanging shirts.

Though the enforcers might not have been to prevent further awkward rejections but to stop fan interference.

When the Pharaohs faced Angola on Friday, the match had to be halted on no fewer than three occasions with supporters making their way onto the field to mob the Egyptian.