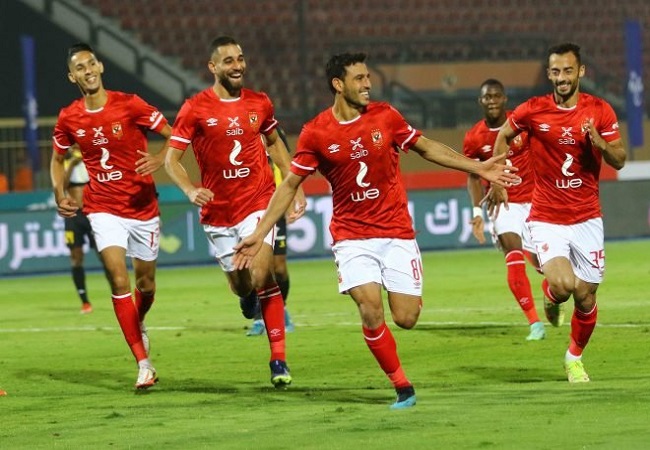 A second-half header from defender Hamdi Fathi earned Al Ahly a narrow 1-0 home victory over Arab Contractors on Friday. This victory made it  four wins out of four for the Red Devils in the Egyptian Premier League (EPL).

The natural defensive midfielder, who has been lately given a new role as a central defender in a three-man backline, made the most of a mis-timed jump by Contractors keeper Mahmoud Aboul-Saoud to score the winner seven minutes past the hour mark.

Ahly still had to endure some nervy moments as Contractors pushed forward in the latter stages, with Fathi earning a straight red card deep in stoppage time for a last-man foul on pacy Colombian forward Luis Hinestroza.

The hosts were also indebted to goalkeeper Mohamed El-Shennawi, who thwarted substitute Mohamed Salem in a one-on-one in a frantic ending to the fast-paced encounter.

Ahly moved top with 12 points after becoming the only team to bag maximum points from the opening four matches. Pyramids are second on 10 points, one ahead of third-placed and defending champions Zamalek.

Contractors dropped to 11th in the table on four points