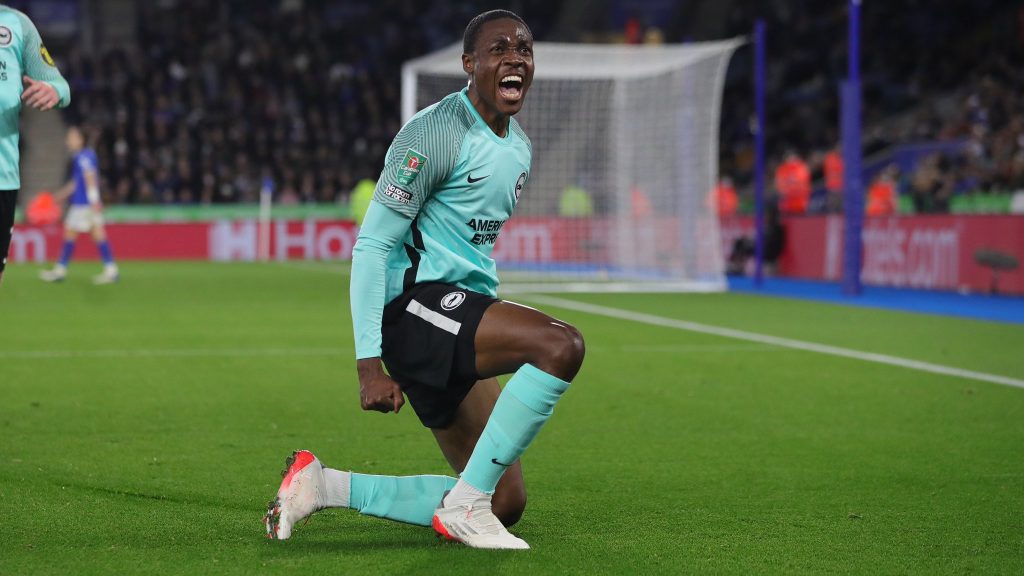 Zambian wide midfielder Enock Mwepu has failed to recover in time for Brighton and Hove Albion’s clash against Aston Villa in the English Premier League on Saturday.

Brighton manager Graham Potter told the club’s website that Mwepu had made progress on his muscle injury but it was too soon for him to return to action.

“Enock Mwepu won’t be available. He’s not too bad but the game against Aston Villa has come too soon, so we’re hopeful for Leeds but he has a slight muscle strain,” he told Brighton official website.

The Zambian has impressed since his switch this season from Austria Bundesliga champions Red Bull Salzburg after scoring twice in eight games across all competitions.

Mwepu also missed back-to-back World Cup qualifying games for Zambia when they beat Mauritania at home then lost to Tunisia away last week.

Potter said Robert Sanchez will join Mwepu in missing out on Saturday’s game through suspension, after the goalkeeper received a straight red card against Newcastle United for bringing Callum Wilson down when through on goal.

Brighton want to, even in the absence of the two players, continue with their bright start to the campaign when welcoming new manager Steven Gerrard who is set for his Villa debut after being hired to replace Dean Smith last week.

Potter’s men have drawn their last two matches, including 2-2 against Liverpool in a game which saw Mwepu score a long range stunner