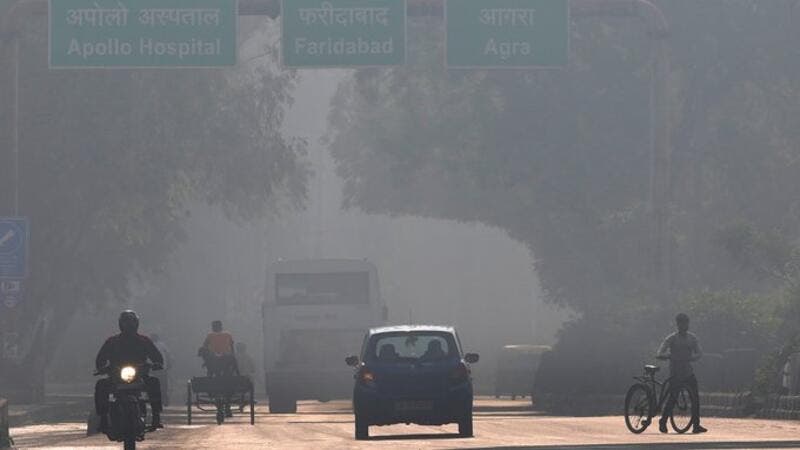 Schools and colleges in India’s national capital Delhi will remain shut indefinitely as authorities scramble to bring hazardous pollution levels down with a series of urgent interventions.

Barely a fortnight into opening after Covid-19 battered India in two deadly waves, schools will now again close due to pollution levels deemed critically harmful to the health of kids. They were previously ordered to remain shut till the end of this week but the curfew has now been extended, officials said.

Children are developing asthma-like symptoms and upper respiratory tract infections due to premature assault of hazardous pollution levels on their lungs, doctors in Delhi have warned.

The Commission of Air Quality Management (CAQM), set up by Indian Prime Minister Narendra Modi’s administration, has recommended the shutting of educational institutions among several steps to keep people indoors. Adjoining states like Punjab, Haryana, Uttar Pradesh and Rajasthan have also been asked to take these steps.

Delhi may also be headed for a weekend lockdown as suggested by the city-state’s environment minister Gopal Rai who said they are waiting for the Supreme Court’s nod.

State administration officials have been asked to allow at least 50 per cent of their staff to work from home till the end of this week.

Similar directions have been issued to private firms who can “encourage” at least 50 per cent of their employees to work from home till the end of this week.

These directions — issued four days after India’s top court gave Delhi and the federal administration a rap on the knuckles — come in the wake of toxic smog engulfing the world’s most polluted city, and are aimed at reducing the pollution levels which have remained in the ‘severe’ category for at least 10 days now.

In continuation with its ban on construction, the authorities will impose heavy penalties on people and organisations stacking construction materials or waste on roads. Exceptions have been made for national security and defence projects.

The lockdown-like measures also require a ban on the entry of trucks en route Delhi at the border check-points.

Dependence on coal, which generates pollution, has also been brought down for the next few days as only five out of 11 thermal power plants in Delhi and surrounding regions will be allowed to operate.

The Chief Justice of India on Saturday asked the central government to come up with an emergency plan to tackle New Delhi’s toxic air quality and dangerous smog conditions, calling the situation “very serious.”

On Friday, India’s federal pollution control board ordered states and local bodies to be in “complete readiness” for emergency measures to tackle worsening smog conditions in the capital.

We have been forced to wear masks at home also, the situation is very serious,” the top legal officer in the Supreme Court of India N. V. Ramana said while seeking clarity on the measures initiated by the government so far.

“Delhi air quality will become severe and increase in surface wind may help .. another two to three days it will increase further. Take an emergency decision,” he said.

Delhi, often ranked the world’s most polluted capital, faces extremely bad air in winter due to crop stubble burning, emissions from transport, coal-fired plants outside the city and other industrial emissions, as well as open garbage burning and dust.

While the smog reduced visibility, the Air Quality Index (AQI) in and around capital city hit 470 to 490 on a scale of 500, according to the federal pollution control board data on Saturday.

This level of pollution means the air will affect healthy people and seriously impact those with existing diseases.

A special bench of the Supreme Court has started hearing a plea filed by a student concerning rising levels of air pollution.

Ramana said the government should consider a two-day lockdown to protect citizens from the rising toxicity and inform the court on Monday about the emergency steps taken to improve air quality.

In a notification on Friday, the pollution control board said the government and private offices should reduce the use of private transport by 30 percent and advised the city’s residents to limit outdoor exposure.

The emergency measures come days after Delhi embarked on its deadly route to annual environmental catastrophe.

Experts have pointed to the indiscriminate and large-scale illegal burning of firecrackers on Diwali which fell on 4 November this year. The situation was further aggravated by burning of residual crops in adjoining states near Delhi as the problem has kept running into bureaucratic struggles