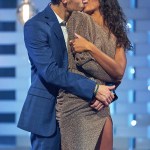 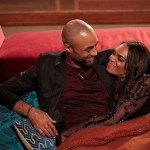 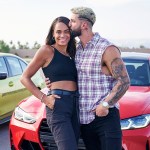 As Michelle Young continued to fall for Nayte Olukoya on the Nov. 16 episode of ‘The Bachelorette,’ she eliminated someone who was getting in the way of their relationship.

Chris Sutton continued to bring the drama on the Nov. 16 episode of The Bachelorette. After calling out Nayte Olukoya for thinking he “had it in the bag” with Michelle last week, Chris was disappointed to see Michelle Young give Nayte a one-on-one this week. Meanwhile, Chris was stuck on the group date, and didn’t get any one-on-one time with Michelle like he wanted.

Needless to say, he was upset that she didn’t pull him aside to talk at any point, especially since he felt he was doing her a major favor with his claims about Nayte last week. “I’m a fun goofy guy, and I’m playful, and I wasn’t that today — you’re not going to check in on me at all?” Chris ranted in a confessional. “She didn’t say thank you to me for coming out and doing what I did last week and for the things I told her. And she speaks with every single person but me? That is so crazy to me. I still have a lot to say to her.”

Meanwhile, things went great for Michelle and Nayte on their one-on-one. Chris was pissed off at how things were going down, so he took it upon himself to interrupt Michelle and Nayte during their dinner date. “I think Michelle could be making a huge mistake,” Chris said. “With Nayte, she’s completely looking past what she knows to be true and maybe that’s why she’s been hurt in the past. I want the best for her. I was looking out for her. She deserves better.”
Michelle and Nayte were shocked when Chris showed up, but he insisted that he needed to talk to Michelle and that it was “important.” She reluctantly agreed. Chris told Michelle that he felt “played” by how Michelle reacted to the information he brought her last week. He felt like what he told her had fallen on deaf ears and admitted that he still felt like she was making the wrong decision by choosing Nayte.