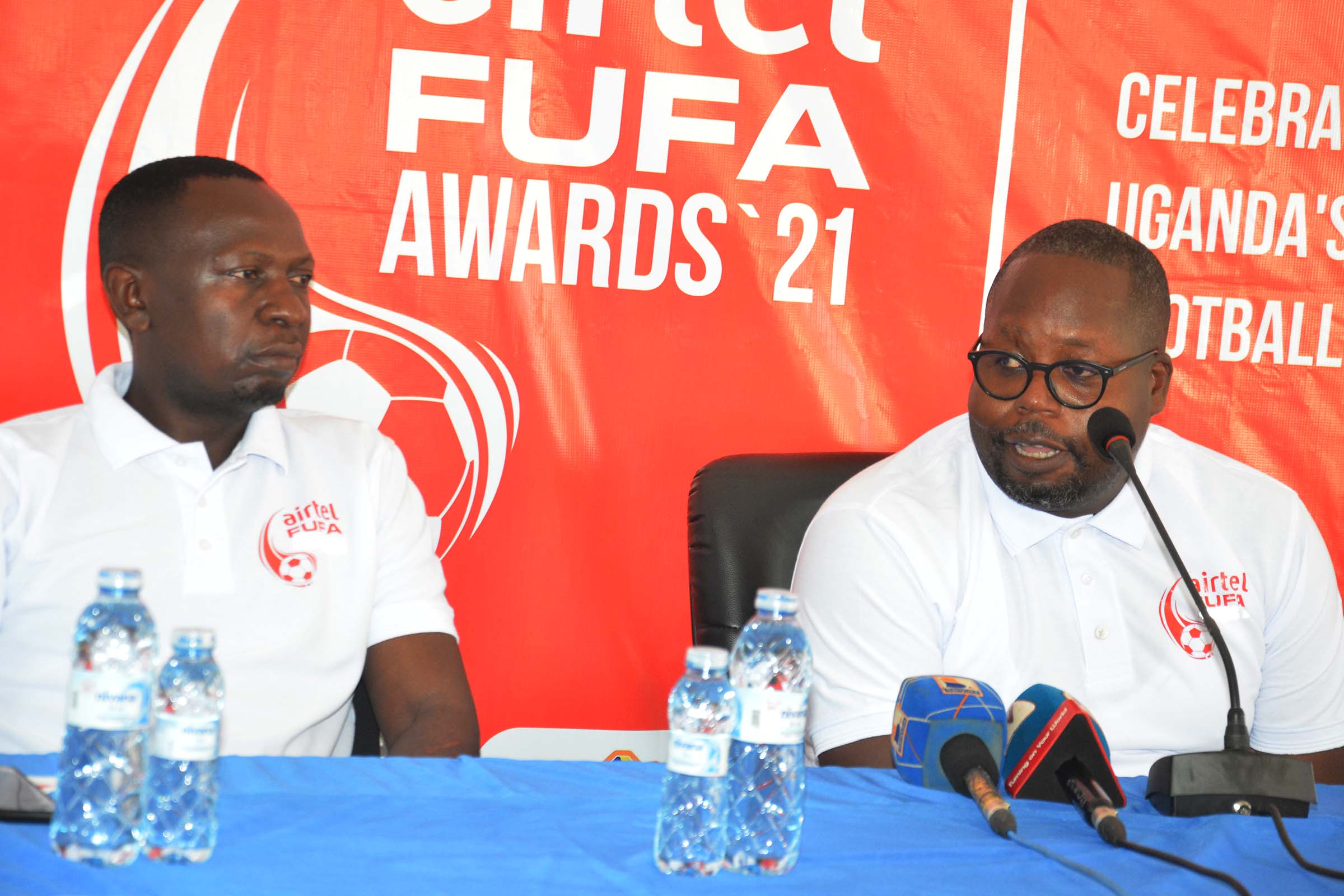 The Federation of Uganda Football association (FUFA) has today released Nominees for the Eight Categories ahead of the 2021 Airtel FUFA awards slated for 4th December at a press conference held at FUFA house in Mengo on Wednesday. 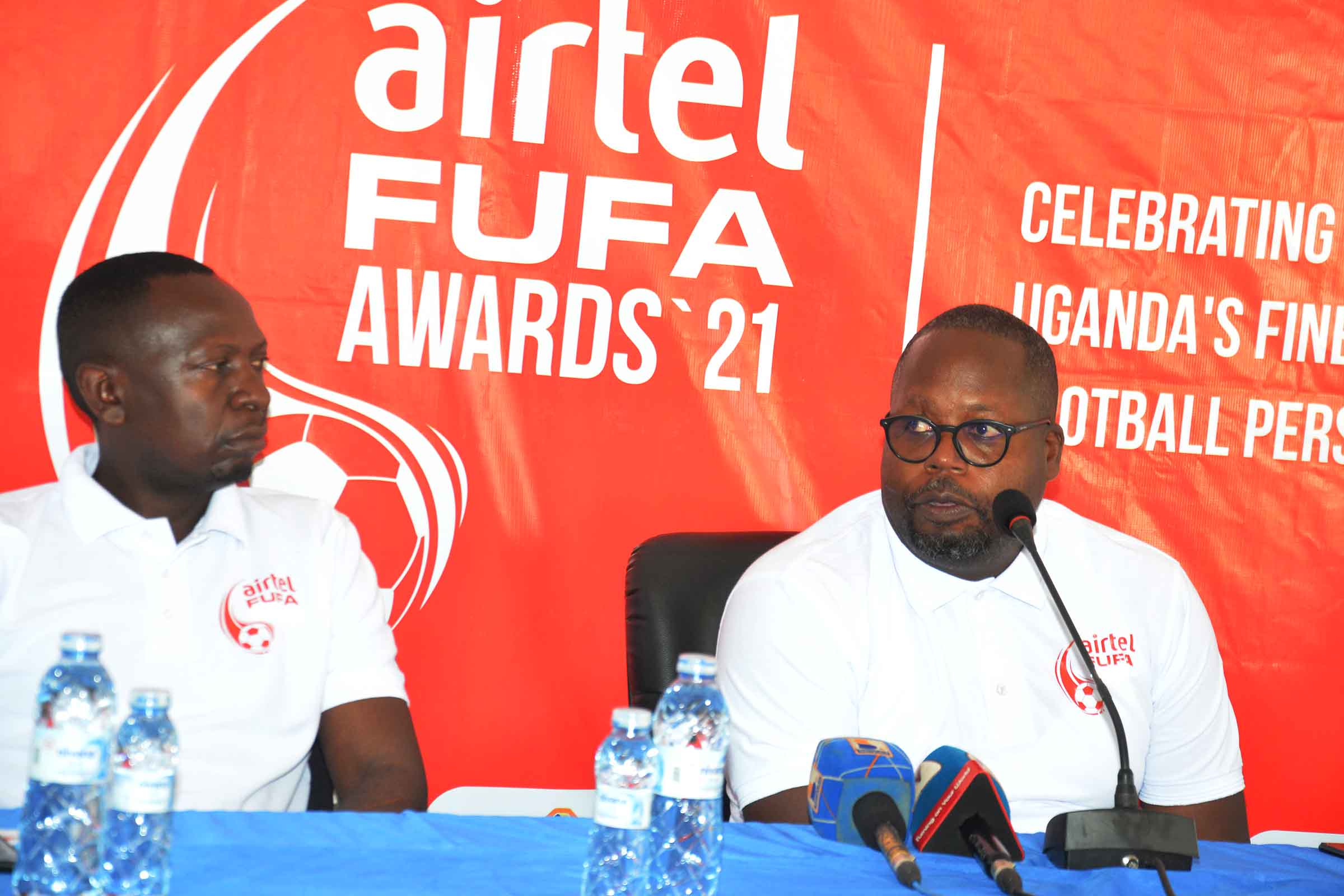 Byekwaso, who was impressive with the Hippos in the AFCON, will tussle for the gong with Mbarara City FC coach Mbalangu who guided Arua Hills FC to the StarTimes Uganda Premier league and Express’ Wasswa Bbosa that won the league and CECAFA.

Coaches that have made the shortlist.

Onyango, will have to shield off Bayo who has been impressive with the Cranes scoring three world Cup qualifiers’ goals and his Isreal club Ashdod, Taddeo Lwanga and Joan Nabirye, if he is to walk away with the Fan’s gong.

The list of five earlier shortlisted for the Male and female player of the year will be reduced to three on Wednesday and Monday respectively according to chairman Byamukama.

KCCA FC new signing Emmanuel Wasswa who also doubles as Sand Cranes player, has been given greenlight to tussle with Isma Kawawulo and Ambrose Kigozi for the beach soccer accolade.

Beach soccer players that fight for the Award.

The FUFA presidential award as always, is given out by the the president Moses Magogo to an individual, he thinks has worked towards development of the game now or in the previous times.

The best XI of the year, men and women will be selected by the different coaches.

The best squad of a particular year that is seleceted, will be available for the 4th December function where excellence in the game will be awarded.

The chairman awards’ committee Mr Rogers Byamukama, was delighted the function will be held this year which wasnot the case last year and applauded the Sponsors and members of the media.

Am excited the preparations are in high gear, we didnot get the opportunity to have them last year because of COVID, but we are ready this year. We want to thank our sponsors; Airtel, Nic holdings, Nile Special, Bidco, 102.1 Fm, Eco bank. We are here to unveil the nominees of the different categories and we shall have the event on 4th December 2021.

The winner of the Male and Female player of the year accolade will drive away brand new cars each courtsey of sponsors Airtel.

Each of the winner in the different categories will get his accolade, plus UGX 1m.

The different categories unveiled include;

Category 3: Airtel-FUFA coach of the year.