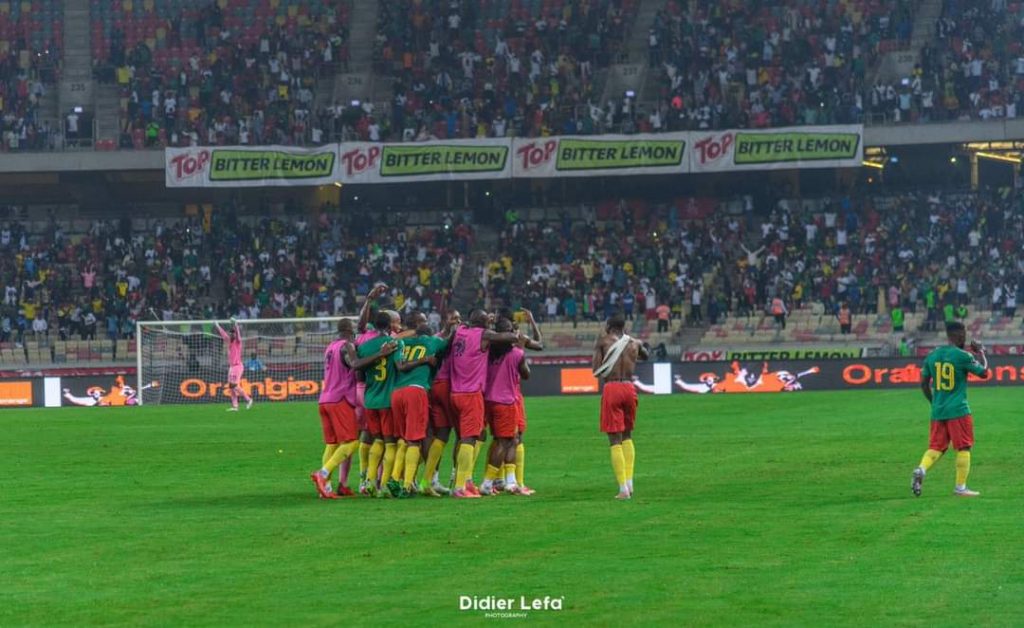 Cameroon beat Ivory Coast 1-0 on Tuesday evening to qualify for the final round of the World Cup qualifiers for Africa.

Karl Toko Ekambi scored for the hosts with a close range shot in the 21st minute at Japoma Stadium in Douala.

The Indomitable Lions made use of the home advantage to emerge as the overall best team from Group D.

Cameroon finished the group’s assignments on 15 points from six games, two points ahead of the Elephants who went into the match leading the group by a point over the Indomitable Lions.

A draw for the visitors would have been enough to take them through to the final play-off round for a place at the World Cup finals in Qatar 2022.

On the other hand, Cameroon neededed nothing short of a win in this game to sail through and they got the job done.

In another match for the group played earlier played on Tuesday, Mozambique wound up the World Cup qualifiers on a high after beating Malawi 1-0  at Matheu Kerekou Stadium in Benin.

Mozambique moved off the bottom of the table on four points with Malawi, who had beaten the Mambas by a similar margin in the first leg, finishing bottom on three points.