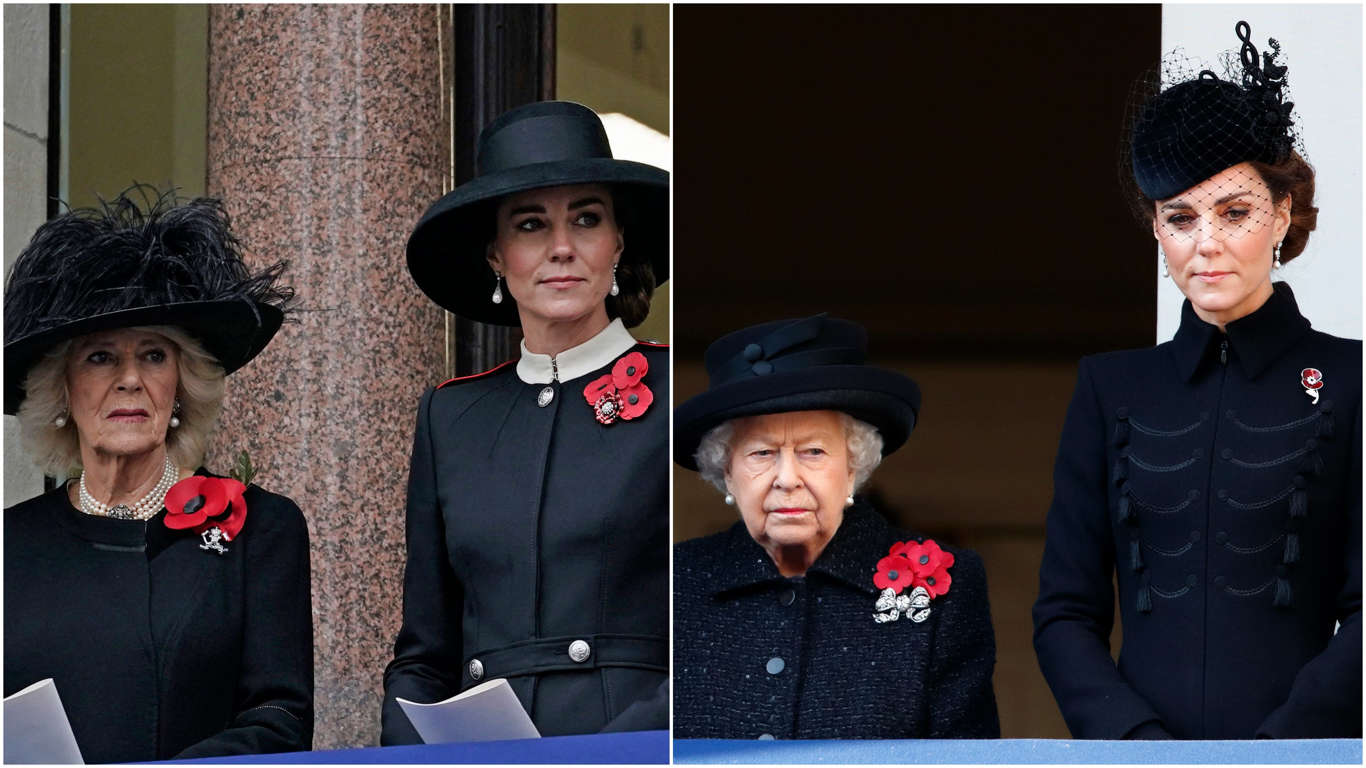 The Duchess of Cambridge stood in for Queen Elizabeth II at the Remembrance Sunday event on November 14 after the monarch pulled out over health concerns.

Kate Middleton stood between Camilla, Duchess of Cornwall, and Sophie, Countess of Wessex, on a balcony at London’s Foreign and Commonwealth Office, Reuters reported. At the same time, Prince Charles, Prince Williams, and Princess Anne laid wreaths down at the Cenotaph, according to the outlet.

The balcony’s center-spot is typically reserved for Her Majesty, but a Buckingham Palace spokesperson told Insider that the Queen pulled out of the event two hours before it began due to a sprained back.

“The Queen, having sprained her back, has decided this morning with great regret that she will not be able to attend today’s Remembrance Sunday Service at the Cenotaph. Her Majesty is disappointed that she will miss the service,” a Buckingham Palace spokesperson told Insider.