NAIROBI, 12th November 2021(PSCU)—Cabinet Secretary Margaret Kobia has applauded State House staff led by Comptroller Kinuthia Mbugua for their dedication and devotion to duty which she said had enabled President Uhuru Kenyatta to deliver on his constitutional mandate of running the country. 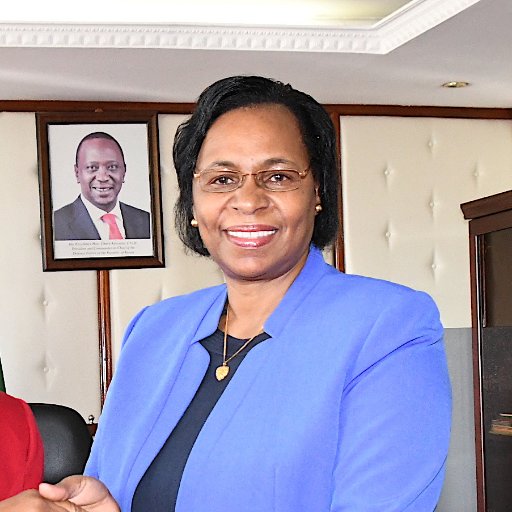 Prof Kobia, who is in charge of the Ministry of Public Service, Gender, Senior Citizens Affairs and Special Programmes, at the same time commended State House for emerging the second best in the annual public service performance appraisal for the last financial year.

“State House being the place where the President resides, I think you have done the country proud. If the place where His Excellency is residing is doing well then you are sure he will be able to deliver on his mandate,” PS Kobia said.

Prof Kobia spoke Friday at a Nairobi hotel during an event held to celebrate the excellent performance as well as bid farewell to 41 State House employees who are retiring from the public service.

State House emerged the second best performing state department in the annual ranking behind the National Treasury in the first position. The Ministry of East African Community and Regional Development took the third position in the listing done in accordance with the 2016 public service rewards and sanctions framework.

Besides enhancing accountability in the public service, Prof Kobia pointed out that the annual ranking had helped improve service delivery in the country and urged all state agencies to embrace the performance management mechanism.

“There’s is no government that can perform if public service is not performing. Each ministry, each department contributes to service delivery. If all departments pull in the same direction then we can achieve much,” the Public Service CS said.

To the retiring State House staff, Prof Kobia thanked them for their long and outstanding service in public service and challenged them to apply their vast experience and skills acquired over the years to be productive citizens in retirement.

“Retirement is another phase and state of mind. If you say you are tired and old that will happen but if you say this is another opportunity then you will definitely excel in life, if you continue in line with your passion and skills which you acquired over the years,” Prof Kobia told the retirees.

Mr Kinuthia Mbugua commended State House staff for their patriotism, loyalty, commitment and teamwork which he said  had continued to enable the unit to deliver on its vast mandate.

“I note with satisfaction, that focused leadership, staff commitment and teamwork in implementing these plans have resulted in the remarkable achievement demonstrated through the exemplary State House performance among government ministries, departments and agencies as demonstrated in the performance contracting rankings,” the State House Comptroller said.

He said excellence performance of State House has been occasioned by hard work, creativity and innovativeness of its employees and urged the staff to always strive to excel in their assignments.

“Personally, I have enjoyed your support and dedication in the delivery of our mandate; and that makes me a better and happier person here at the workplace. I believe that the success of State House has maximally depended on your hard work, creativity and innovativeness,” Mr Mbugua.