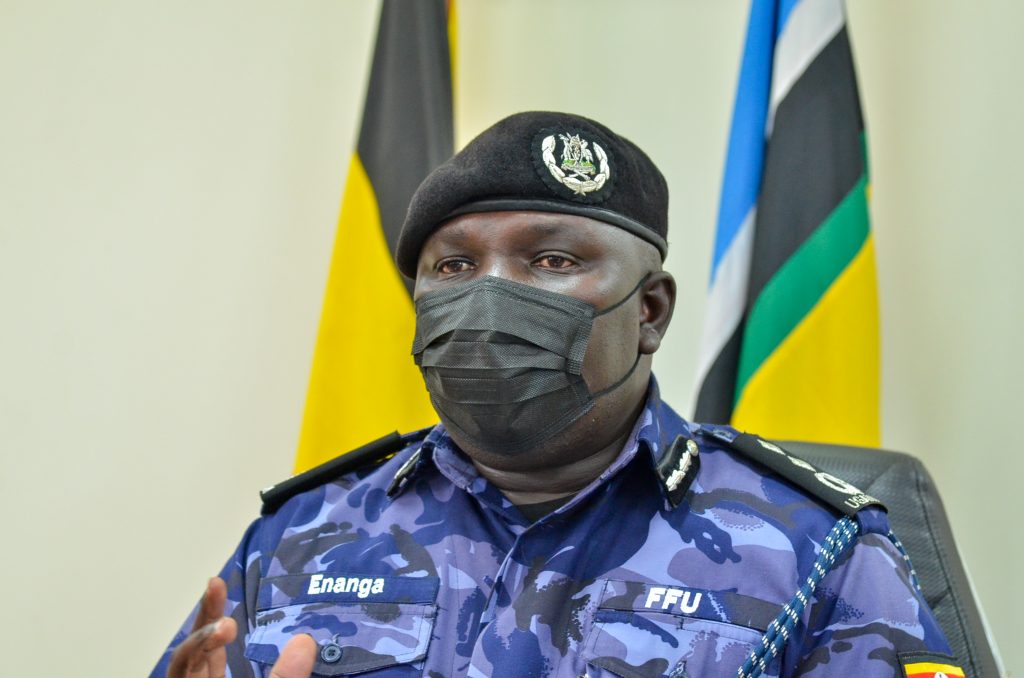 Following the tragic incident of terrorism that occurred on the 23.10.2021, in which an innocent member of the public, Nyinaneza Emily, lost her life and 4 others sustained critical injuries, the Security Agencies from the Joint Anti-terrorism Unit, the Joint Intelligence Components of CMI, CI and ISO, CID, conducted several intelligence led operations, that led to the arrest of 48 suspects, highly linked to the acts of terror in the country. Those involve single individuals, those operating in small cells that have been broken and others on various activities of terrorism.

The public should know that the threats of terrorism, especially on soft targets, are still in existence. And as we continue to expand our intelligence led operations, to ensure all Ugandans and visitors are protected. We call upon the public to be extra alert against the threats of terrorism, which come amidst the threat of COVID-19. And while these arrests present a positive step, there is still work to be done to identify all persons responsible.

During the last week, the public response was impressive, seeing Ugandans and visitors come out to strongly condemn the attackers and show solidarity in the fight against terrorism. Our task teams responded to several disturbance calls, of an abandoned bag allegedly containing a bomb at Katabi playground. On the 31.10.2021, at around 6:30pm, a team from the Aviation bomb squad responded, and found it was a bag with clothes. We also responded to a suspected bomb abandoned near Nsambya Sharing Hall, which was established to be a tear gas canister, that was taken over by the FFU. We further responded to an abandoned numberless motor vehicle, along Gaba road, next to the US Embassy, which we established as that of Mwongyera Andrew, a staff from the Embassy. In addition, we responded to a concern at Akamwesi, along Gayaza road, where we recovered a green polythene bag, that contained rubbish.

The threats and attack are occurring as the economy is heading towards its full opening in January, 2022. Their focus is on soft targets which are many and difficult to defend, especially restaurants, public transportation, shopping centers and markets, pedestrians, religious places etc.

We are therefore, appealing for business owners and the public at large to support the security agencies, in keeping our country safe, by remaining vigilant and reporting anything that doesnot seem right to security or any other authority. We urge them to review and update their security plans and properly risk assess all their indoor and outdoor spaces.

The best defence against any terrorist threats is a collective community effort where security agencies and the public come together to minimize the chance of an attack and that is why, we have launched the massive sensitization and awareness campaigns on vigilance.

Regrettably, we know all very well that a terror attack can happen any where and at any time.