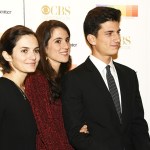 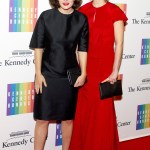 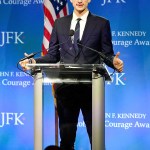 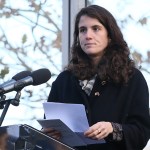 Former President John F. Kennedy’s legacy lives on thanks to his three grandchildren, Rose, Jack and Tatiana. Learn about them here.

The Kennedys are arguably the most infamous family in American politics. Of course, the best-known member of the family was John F. Kennedy, who served as the 35th President of the United States from 1961 until his assassination on November 22, 1963. JFK had four kids with his wife, former First Lady Jackie Kennedy, but only one — daughter Caroline Kennedy Schlossberg — is still alive today. Caroline has three children with her husband Edwin Schlossberg, which has allowed JFK’s legacy to carry in the form of his grandchildren. Learn all about them below!

JFK’s oldest grandchild is Rose Kennedy Schlossberg, 33. Rose is Caroline and Edwin’s first-born, having arrived on June 25, 1988. She was named after her great-grandmother (JFK’s mother). Over the years, Rose has become a startling look-alike of her grandmother, Jackie, whom she called “Grand Jackie.” Unlike her other family members, Rose hasn’t pursued a career in politics. However, she has supported Democratic candidates in the past. She donated to Former President Barack Obama‘s 2008 presidential run and Alan Khazei’s run for Massachusett’s Senate seat in 2010.

Rose studied undergraduate at Harvard University. She graduated with an English degree in 2010 and then got a masters in interactive telecommunications from New York University two years later. Following her studies, she started a web series called End Times Girls Club with her friend Mara Nelson-Greenberg in 2016. The six-episode series from Above Average Productions was meant to humorously provide a “guide to female-focused apocalypse survival,” via Mashable. 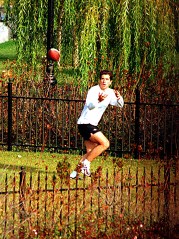 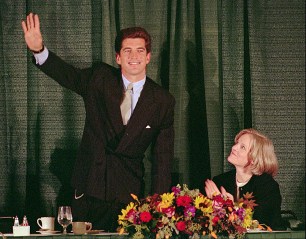 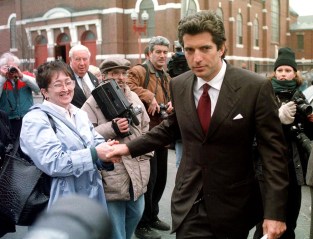 Tatiana Kennedy Schlossberg, 31, is the middle child of Caroline, 63, and Edwin, 76, who separated in 2015. Tatiana is known best for her work as a reporter for The New York Times, where she typically covers climate change. She’s also written for The Atlantic and Bloomberg View and has done reporting for Bergen County Record, a local New Jersey newspaper. Tatiana’s interest in climate change led to her releasing her book Inconspicuous Consumption: The Environmental Impact You Don’t Know You Have, which came out in August 2019.

Tatiana has remained close with her family. On the 50th anniversary of JFK’s assassination in 2013, Tatiana spoke and took place in a ceremony ceremony at the memorial in the U.K. Tatiana is married to her college boyfriend, George Moran. Their wedding took place in Martha’s Vineyard on September 9, 2017.

Rose and Tatiana’s little brother is John “Jack” Bouvier Kennedy Schlossberg, 28. Jack has become the spitting image of his late uncle, John F. Kennedy, Jr., who died in 1999 when Jack was six years old. He has followed in most of his family’s footsteps by entering into public service. He’s worked as a political writer for Washington Post, Time, and Politico, and he founded the non-profit RelightNY while he was still in middle school. The organization gives energy-efficient light bulbs to low-income families around NYC and promotes environmental awareness.

During Caroline’s time as US Ambassador to Japan during the Obama administration, Jack lived overseas in Japan with his mother. In his speech as host of the JFK Profile In Courage Awards in 2017, Jack spoke about his experience. “I learned a lot about Japan. But the most important thing I learned was about my own country,” Jack said. “It was something I had been told all my life but never fully grasped. I saw how people around the world see America: a beacon of opportunity, stability and strength in a world of uncertainty