KASESE, October 21, 2021 – The Government of Uganda, following the directive of President Yoweri Museveni, is in a move re-open the defunct Kilembe copper mine estimated to contain 4.5million tons of ore. An investor will also be sought immediately. 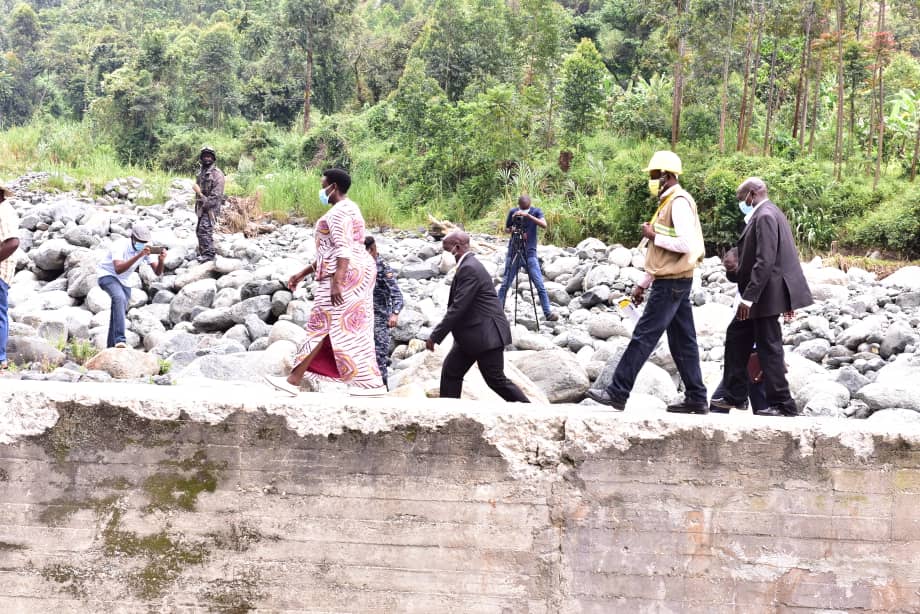 This was announced by Vice President Maj (Rtd) Jessica Alupo, during her inspection of Kilembe Mines yesterday (Wednesday). 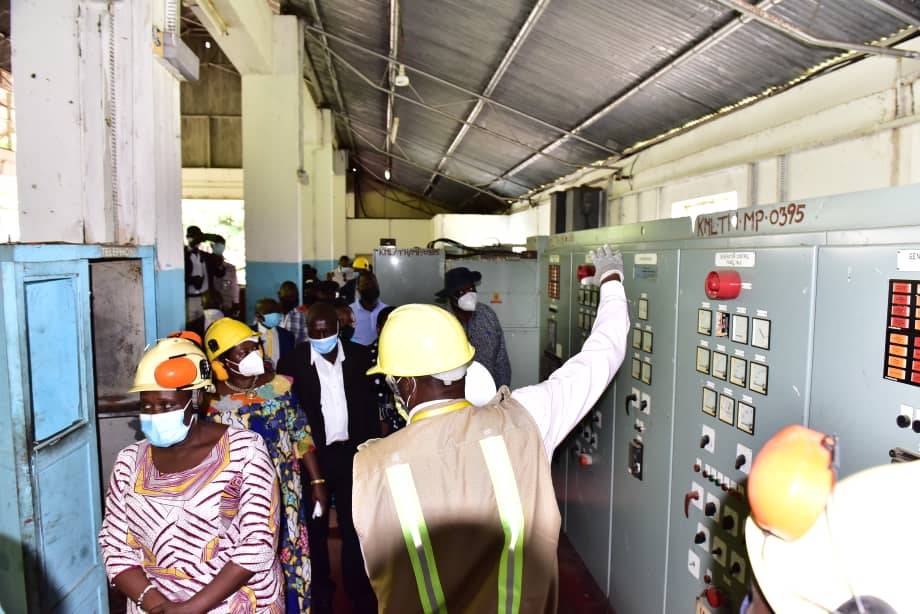 The Vice President also directed the Ministry of Energy and Mineral Development to immediately initiate a process to get an investor, “To come and take over the management and operationalization of Kilembe Mines.” 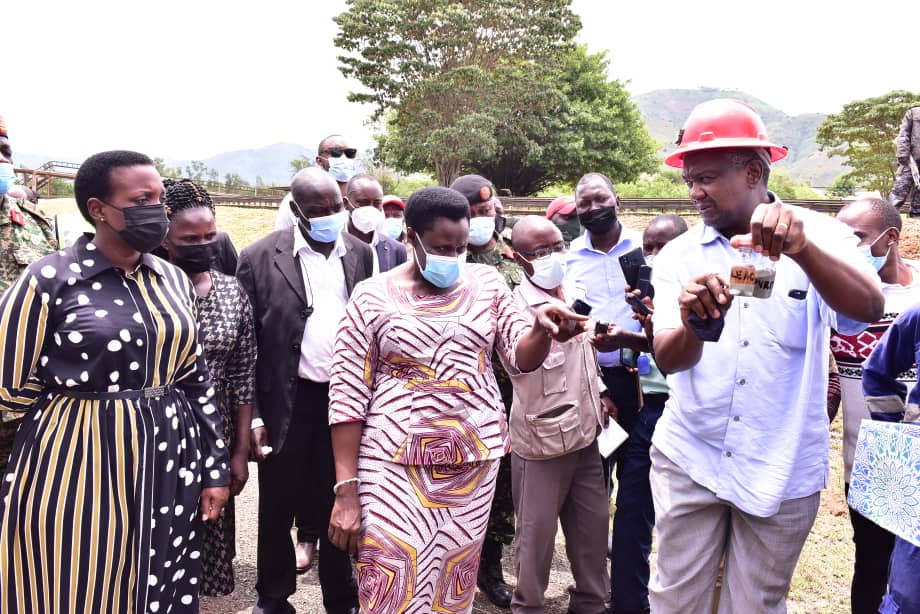 “The Ministry of Energy and Mineral Development, within the shortest time possible, should advertise the Expression of Interest for an investor. Please let it be transparent. As Government the revamp of the infrastructure, the investor will also be handling the exploration and mining,” the Vice President explained. 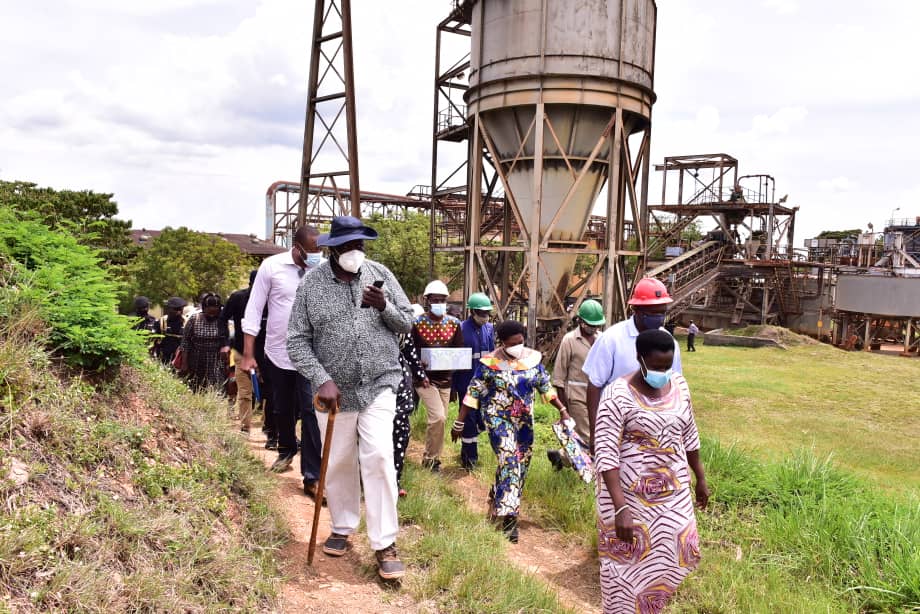 The Vice President also directed the Uganda National Roads Authority and the Ministry of Works and Transport, to expedite the reconstruction of Kyanjuki Bridge at Kilembe Mines; a bridge that connects the richest copper mine. This bridge will also help tourists to also easily reach the highest point of the Rwenzori Mountains— Mt. Stanley’s Margherita Peak. 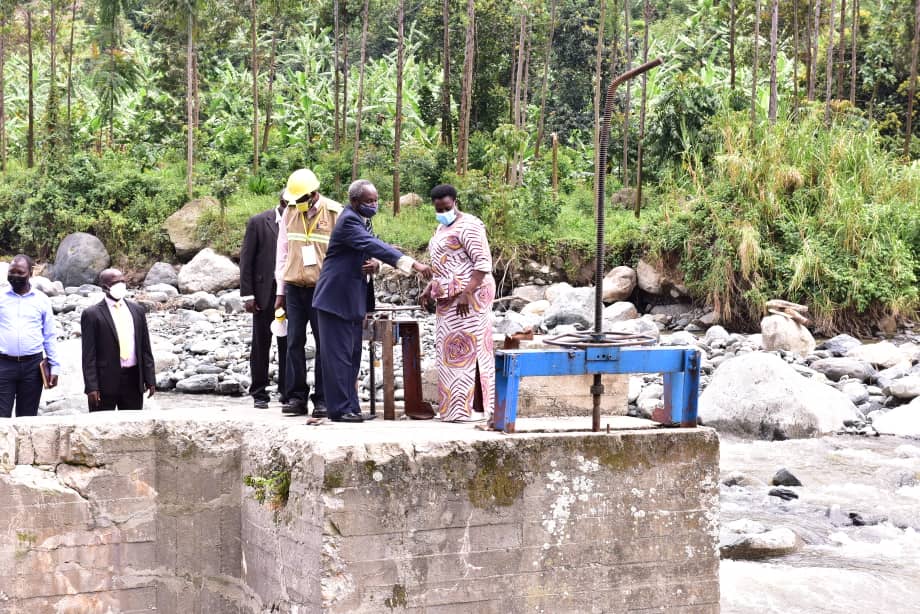 “The ministry of water and environment should also do their part, to tame the R. Nyamwamba; so that when the bridges are constructed, the river will be tamed enough to follow its original route and will not affect communities, or people crossing from one point to another. 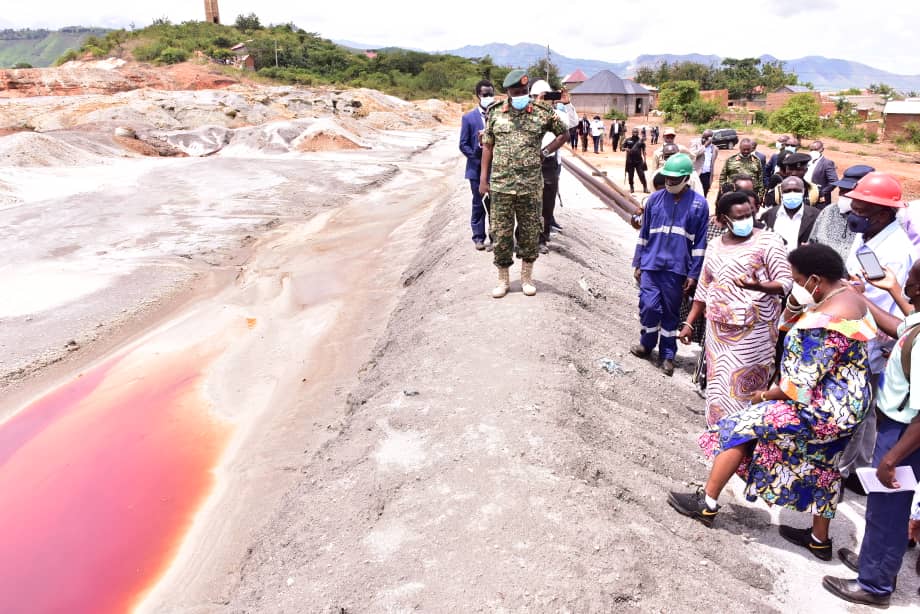 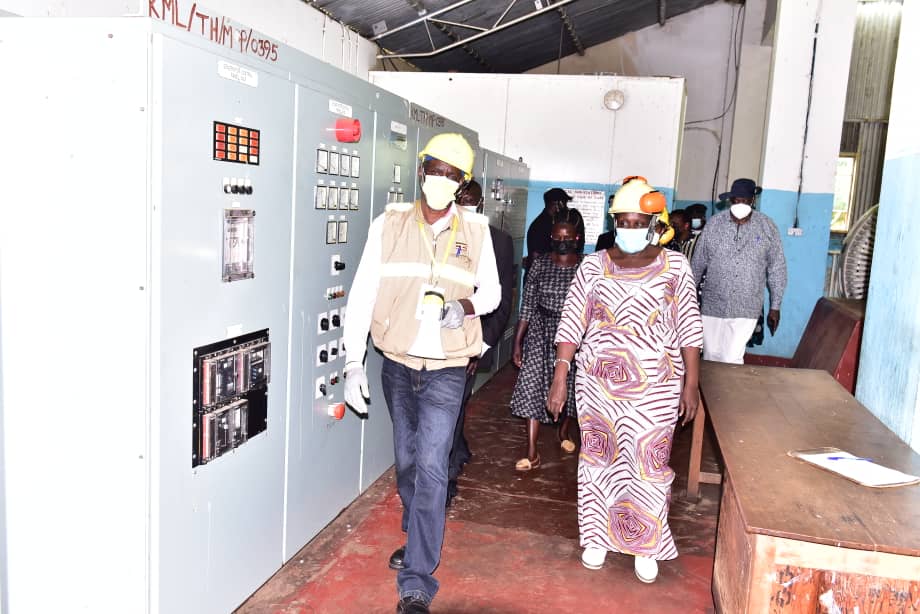 There are seven staff in top management and 131 other employees, supported by a seven-member Board of Directors, whose salaries and allowances have accumulated to about sh2bn. 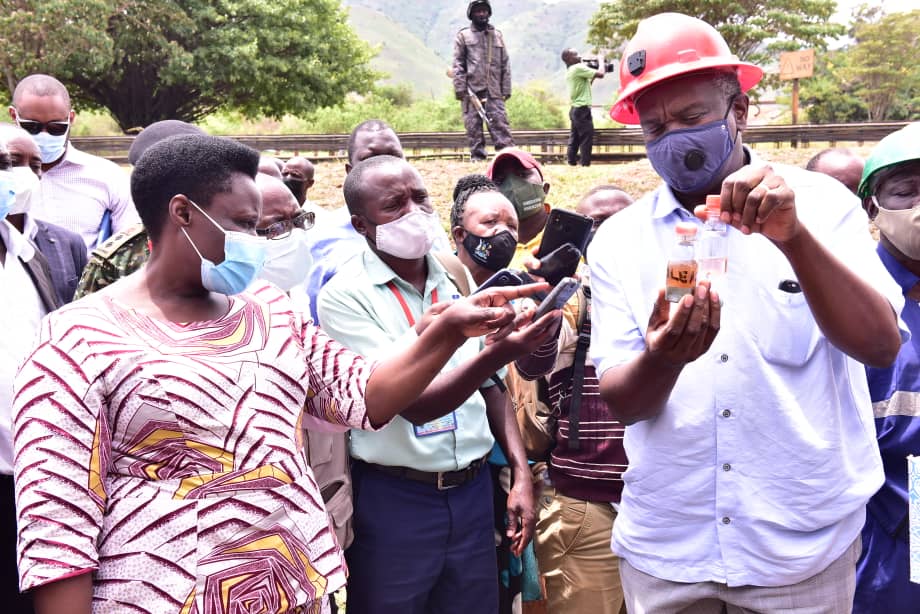 “Government will reconstruct Kilembe Hospital because we know it has been serving several people, who still need help, as well as other schools which were razed down by R. Nyamwamba. There are plans, to get funds, and revive all those schools which were washed away by the floods,” he explained. 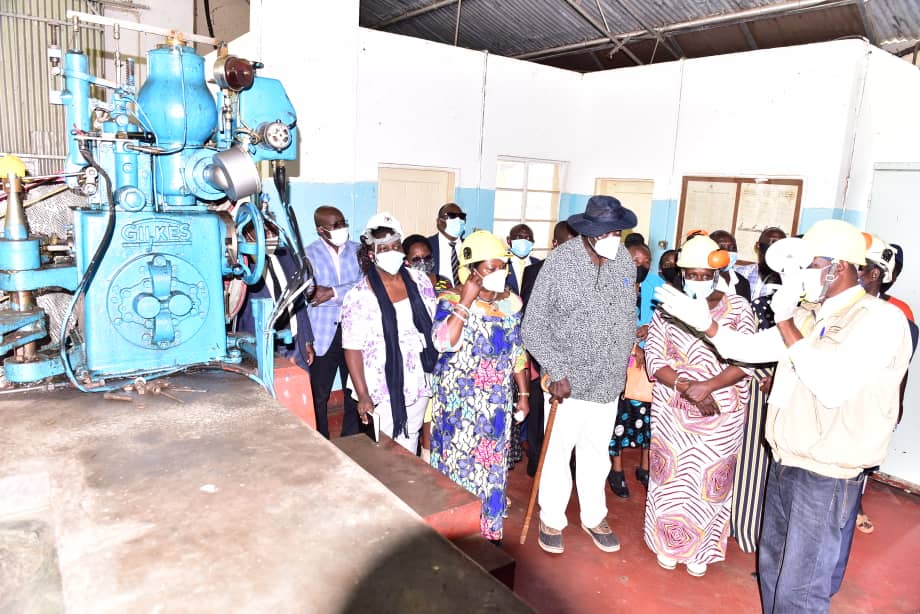 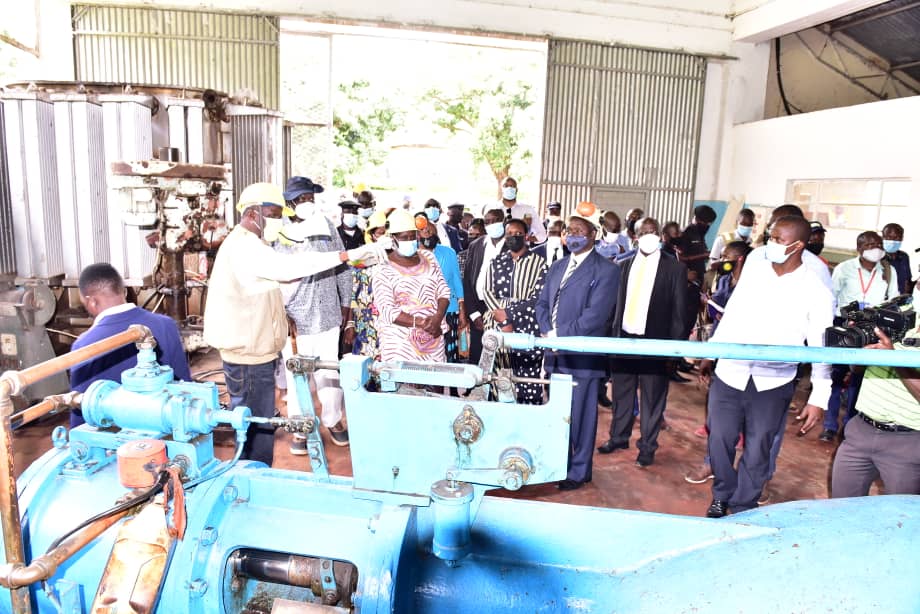 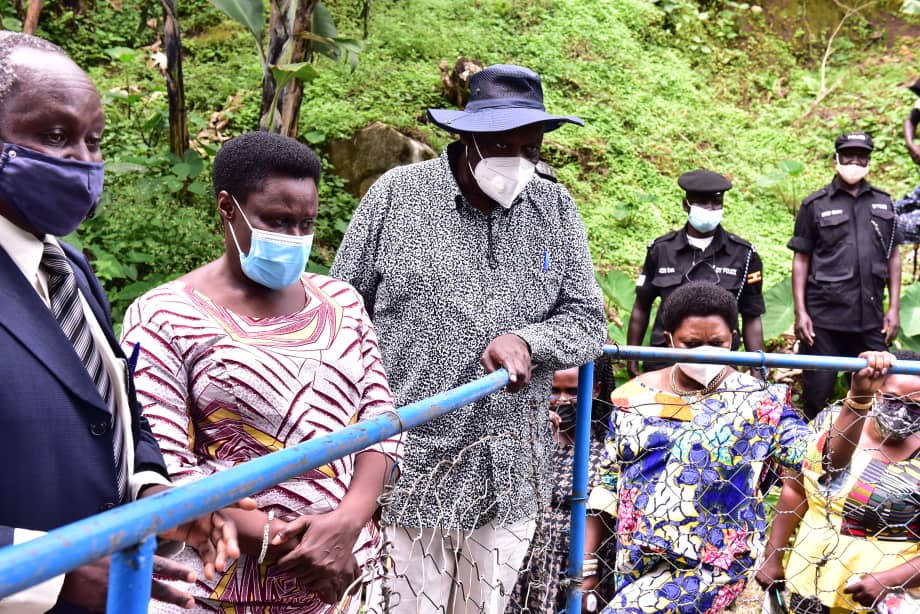 A total of 10 secondary and primary schools were razed down by R. Nyamwamba last year, and Government is in the process of having them reconstructed.

The mine, during 1956 to mid-1960s is reported to have been vibrant and it accounted for up to 30% of Uganda’s foreign export earnings. It was the country’s third-highest export-earning venture, coming only after coffee and cotton. 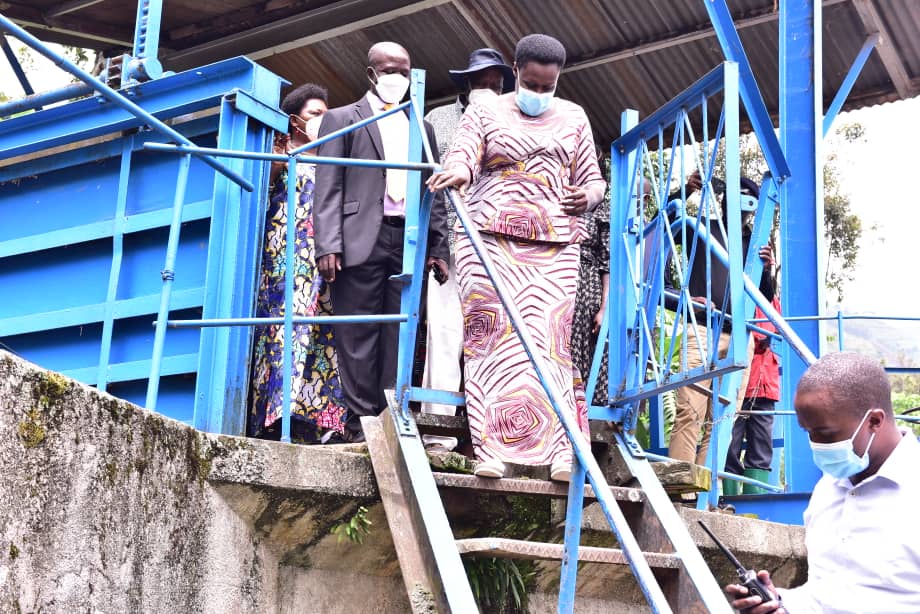 Once a major producer of copper and cobalt, Kilembe was abandoned by Canadian firm Falconbridge in the 1970s when Uganda’s economy stagnated. The mine started making losses in the 1970s due to lack of recapitalization, rampant inflation, and the global collapse of copper prices at the time, which drove away foreign investors.

The government became the major shareholder in 1975 and copper production ceased in 1982; when it was no longer economically viable.

Previous government efforts to revive the mine, near Uganda’s border with the Democratic Republic of Congo; between 1983 to 2006 had not yet yielded.

However, Kilembe Mines has great potential. There are proven reserves of ore estimated to be 1.77 percent pure copper and 0.17 percent cobalt, according to Uganda’s Department of Geological Survey and Mines.

More so, an estimated 5.5 million tons at an average grade of 0,171% copper and o.114 cobalt were left above ground in dams as tailings despite being partly eroded by the recent R. Nyamwamba floodwaters. When protected, these tailings are expected to supplement metal recoveries and enhance cash flow when Kilembe Mines resume.

Based on this, the Government, according to Vice President Maj. (Rtd) Jessica Alupo, is now determined to redevelop the Kilembe Mine, which sits on the foothills of the Rwenzori mountains.

The team also included the Principal Private Secretary in the Office of the Vice President Alex Kakooza, the Permanent Secretary in the Ministry of Energy and Mineral Development Irene Batebe, the UNRA Executive Director Allen Kagina, the Executive Director of Uganda Investment Authority Robert Mukuza, and the Engineer in Chief in the Ministry of Works and Transport Sam Bagonza.

Also present were the Members of Parliament from the Kasese District; including Kambale Ferigo and Kitanywa Sowedi; and several Kasese district leaders.