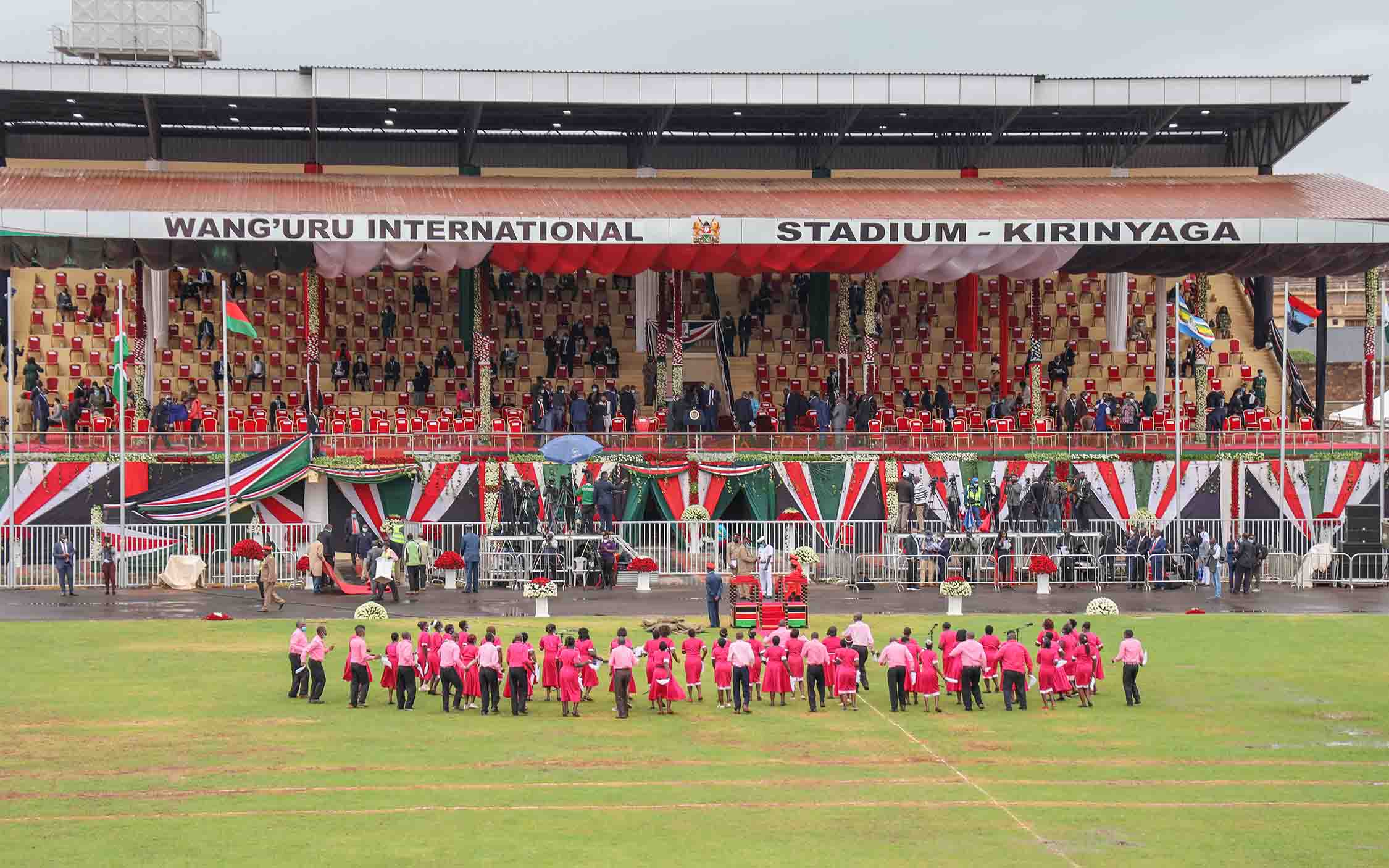 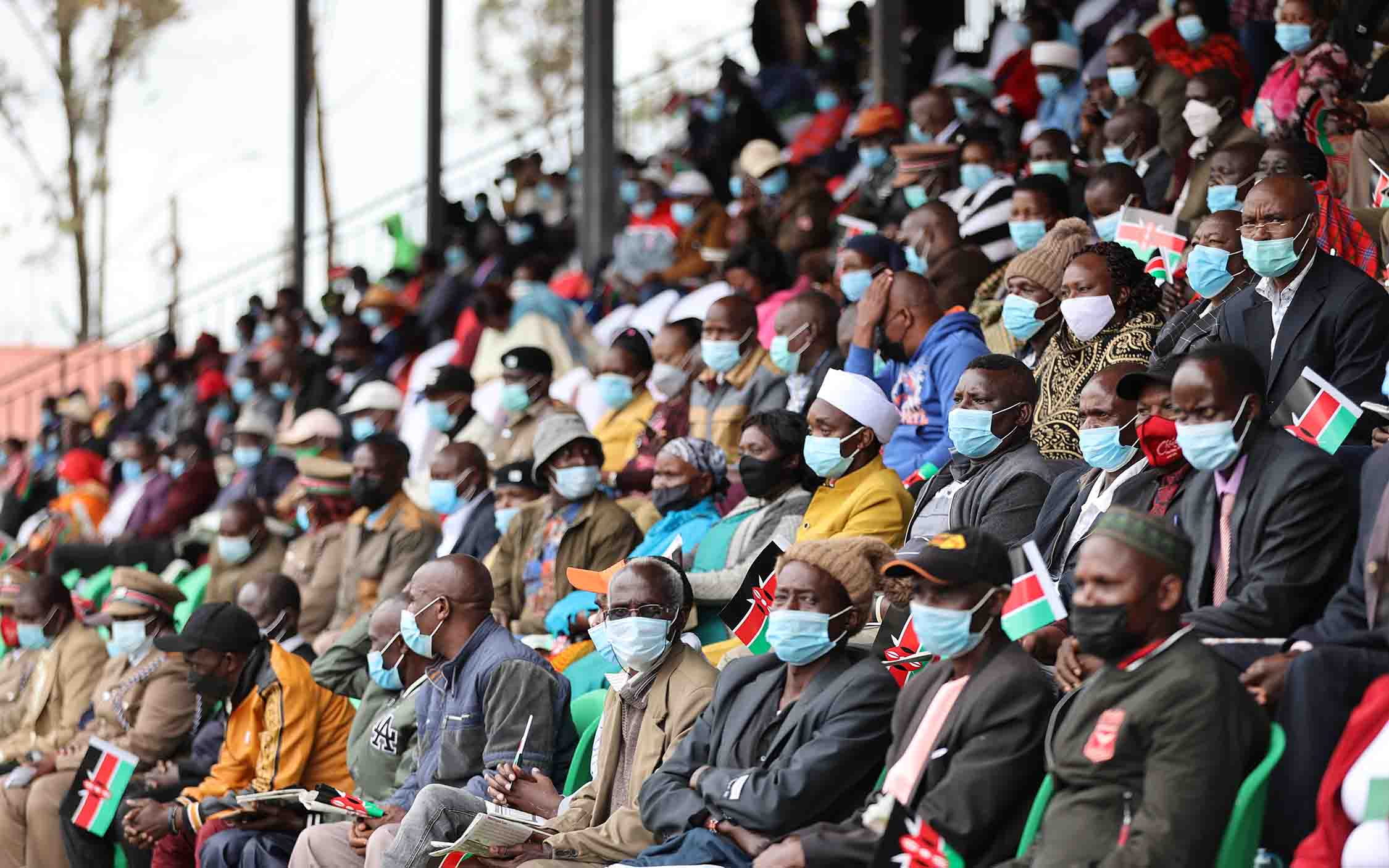 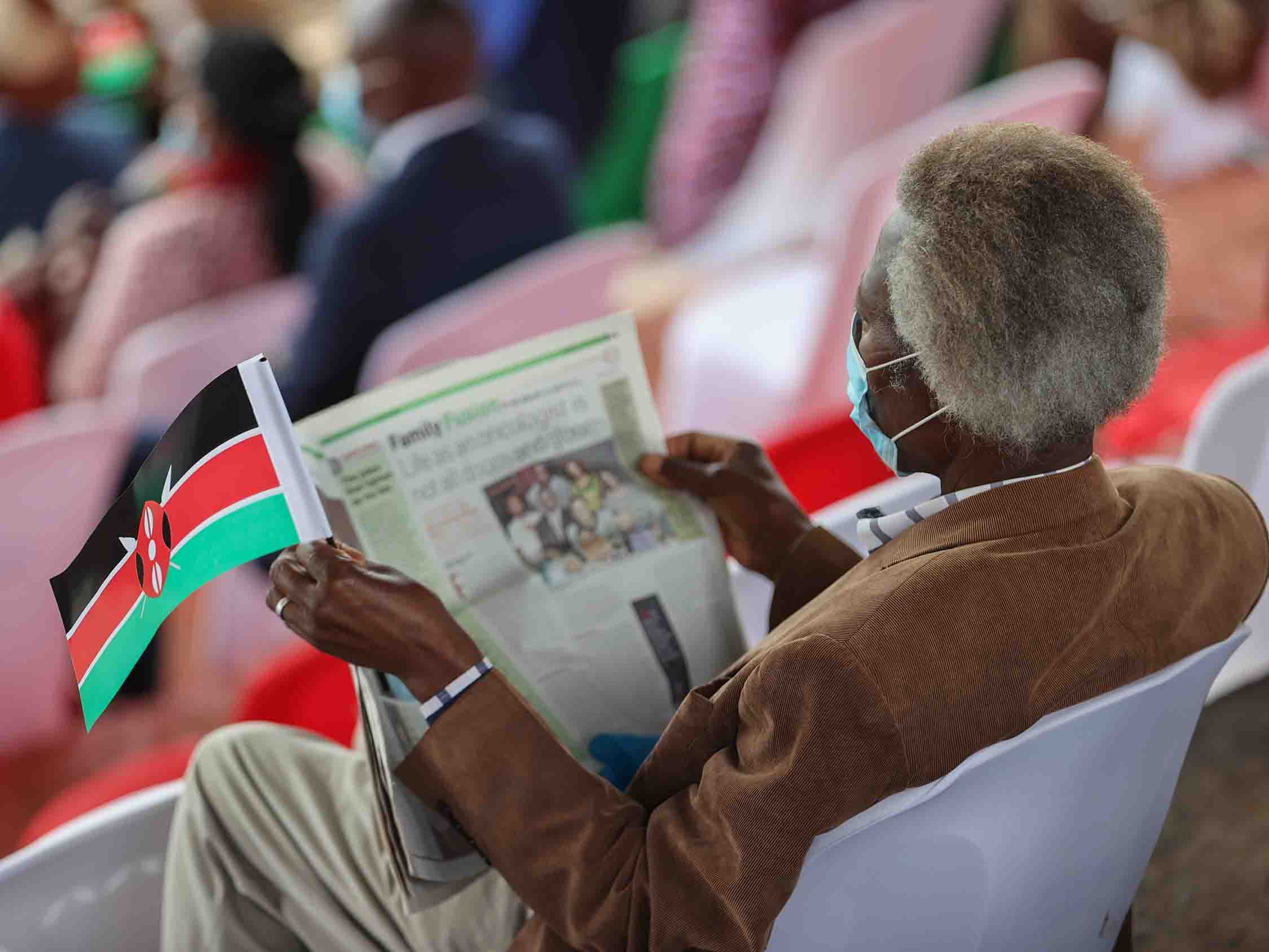 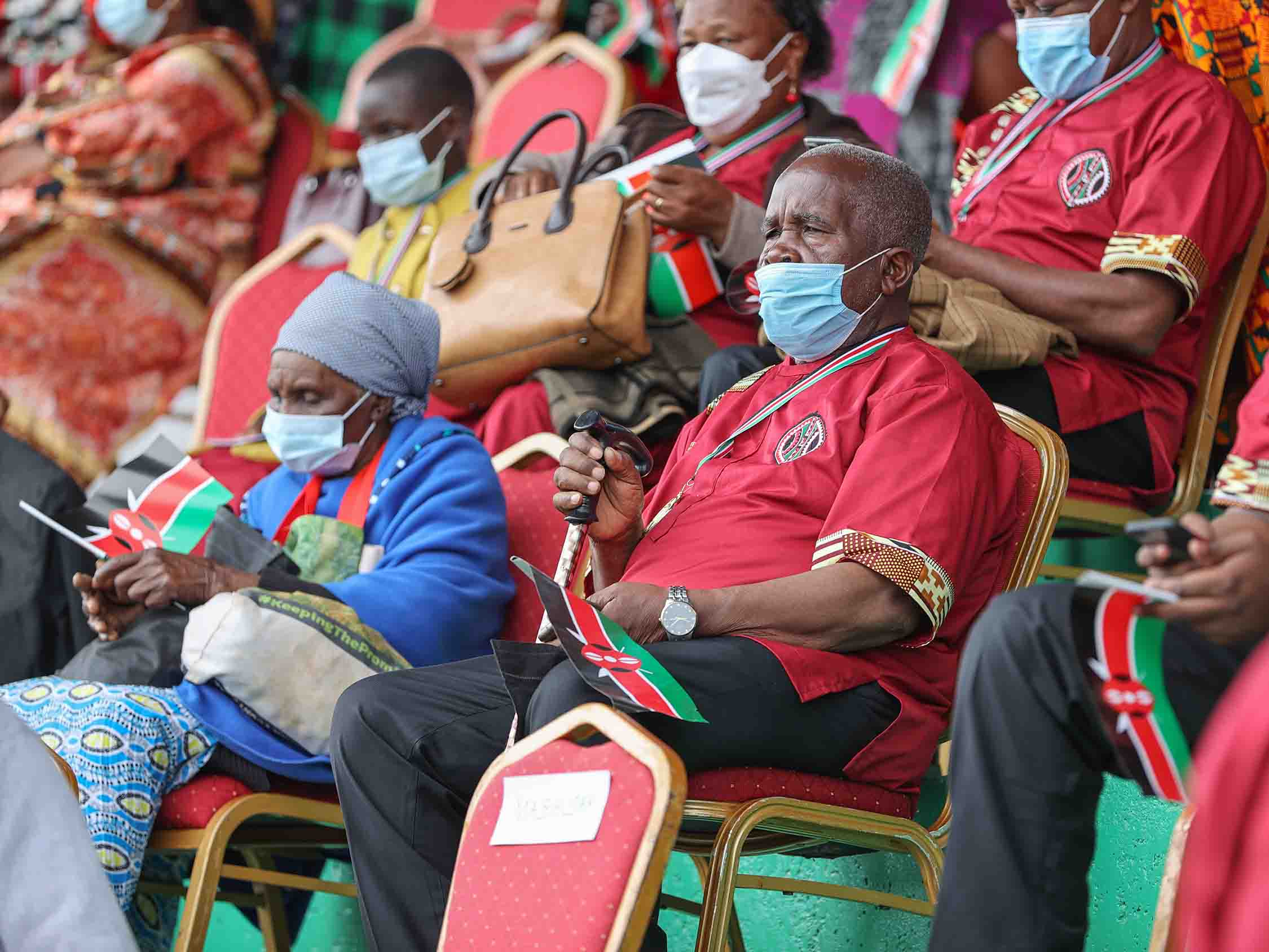 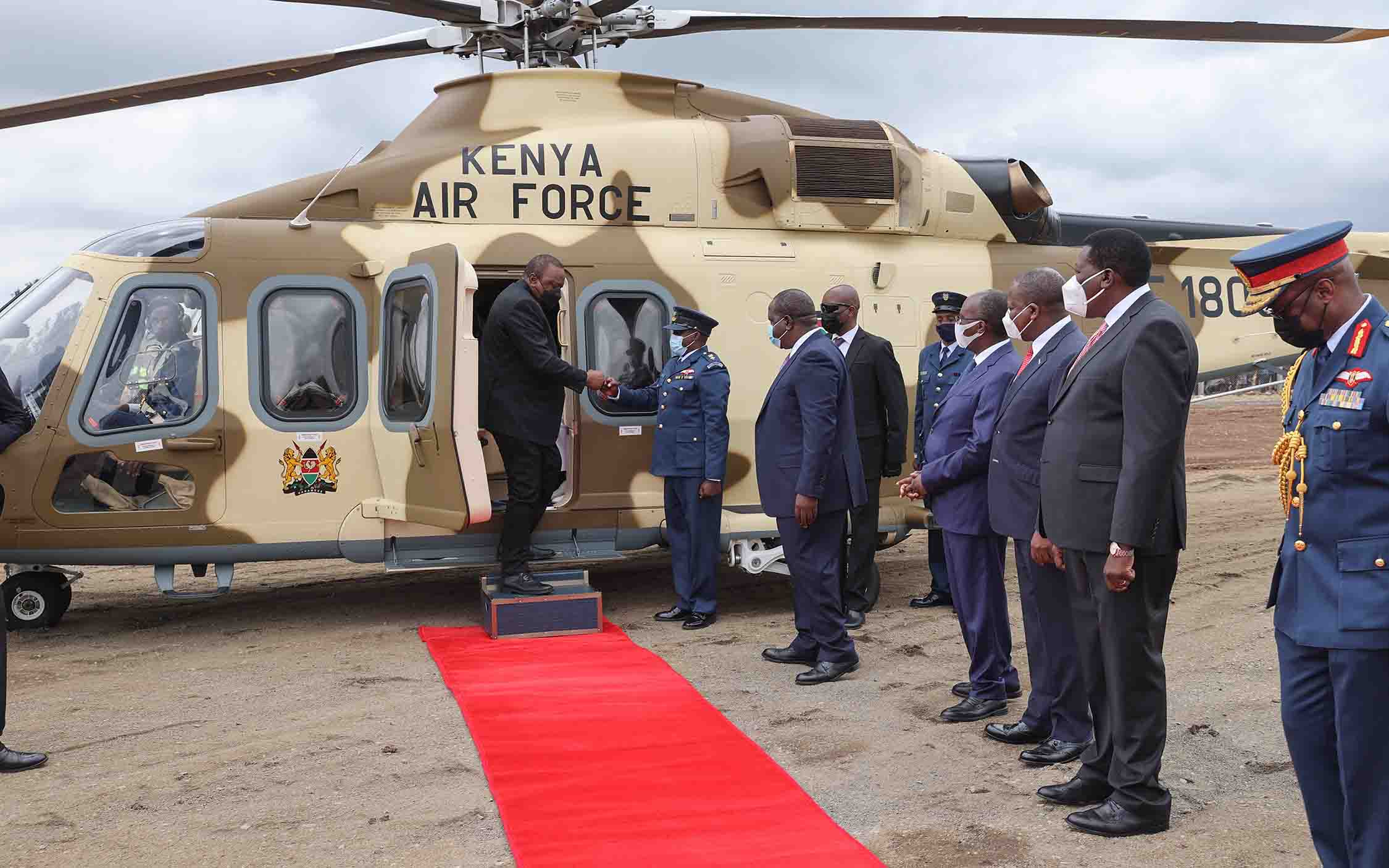 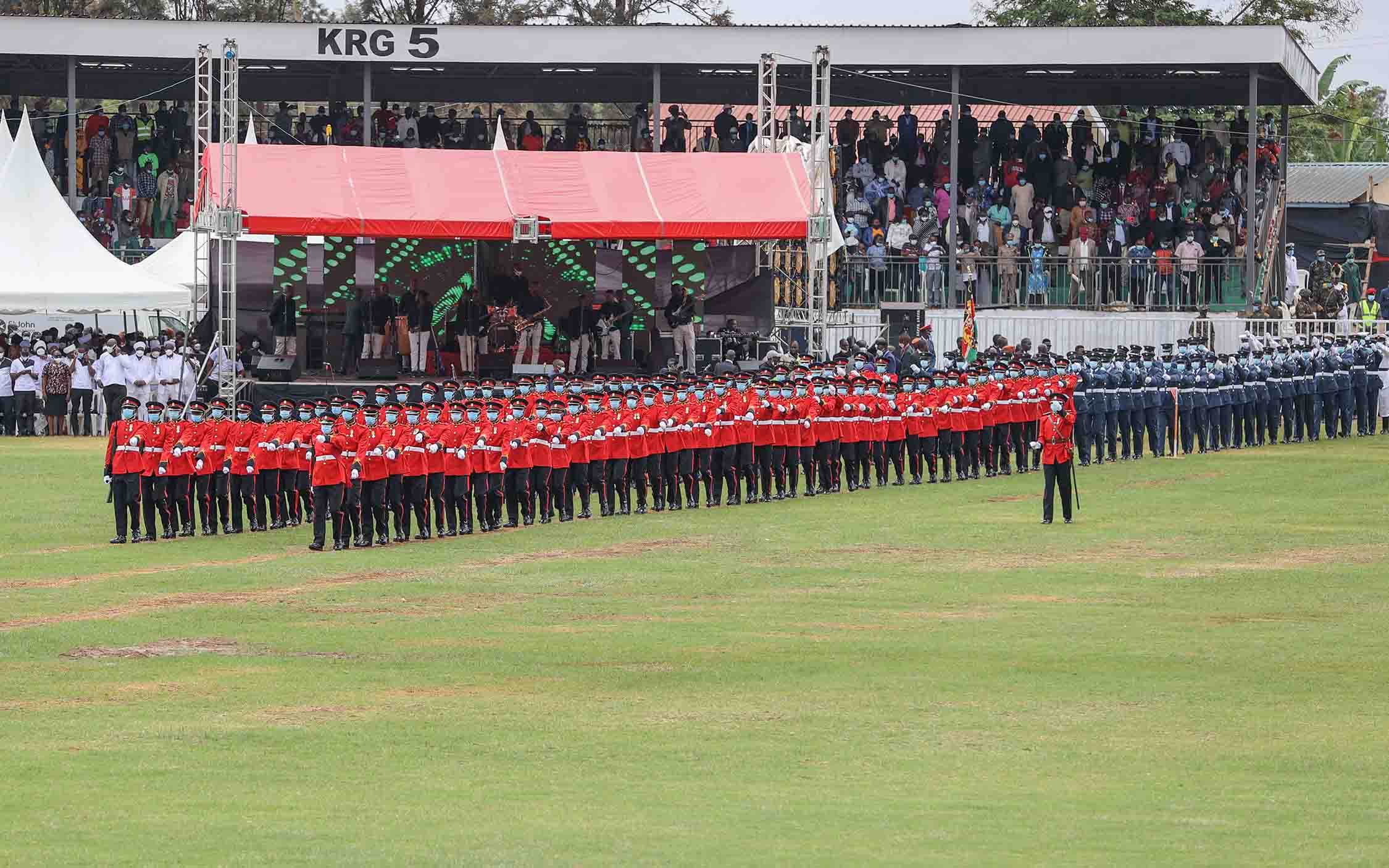 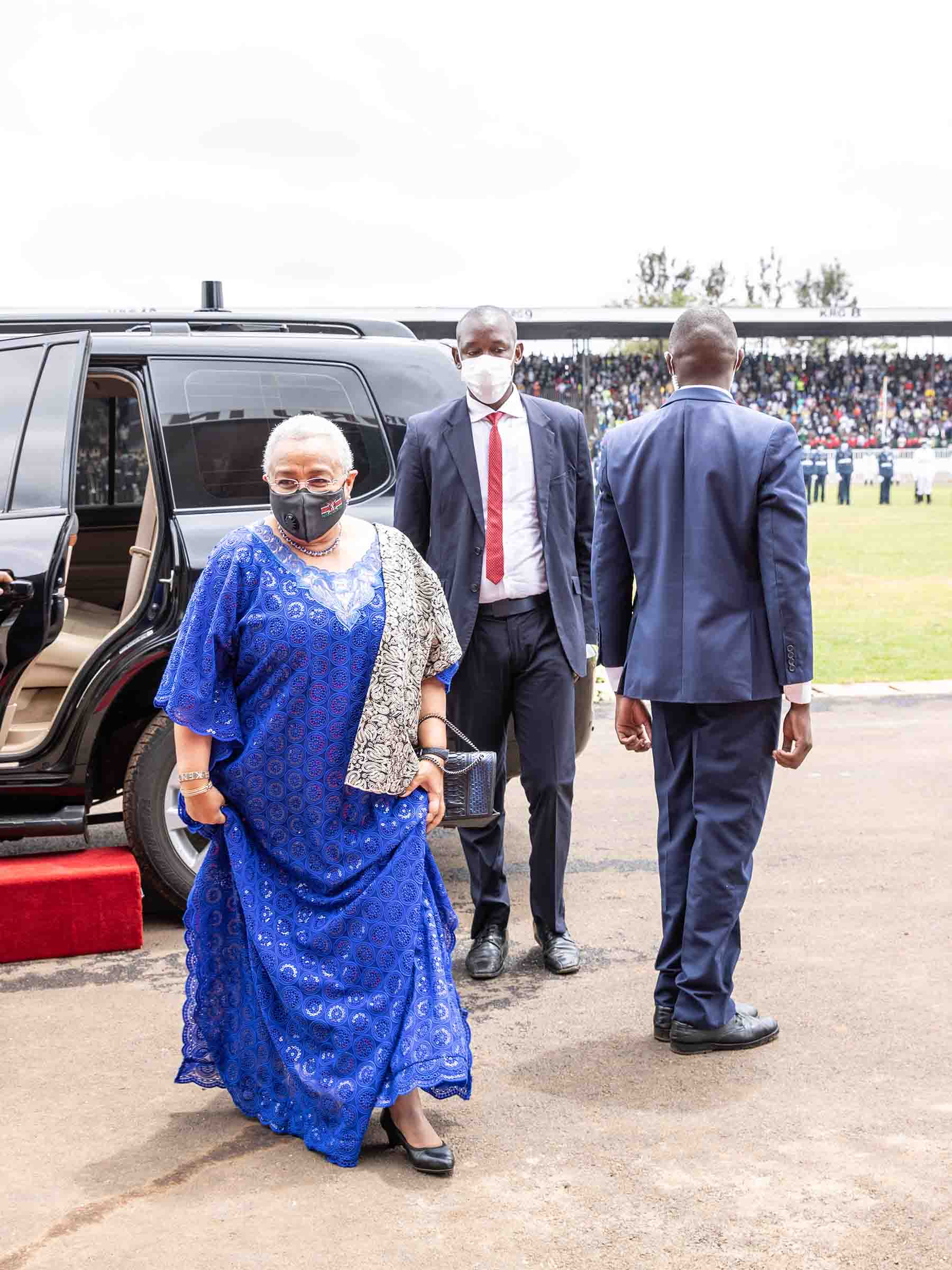 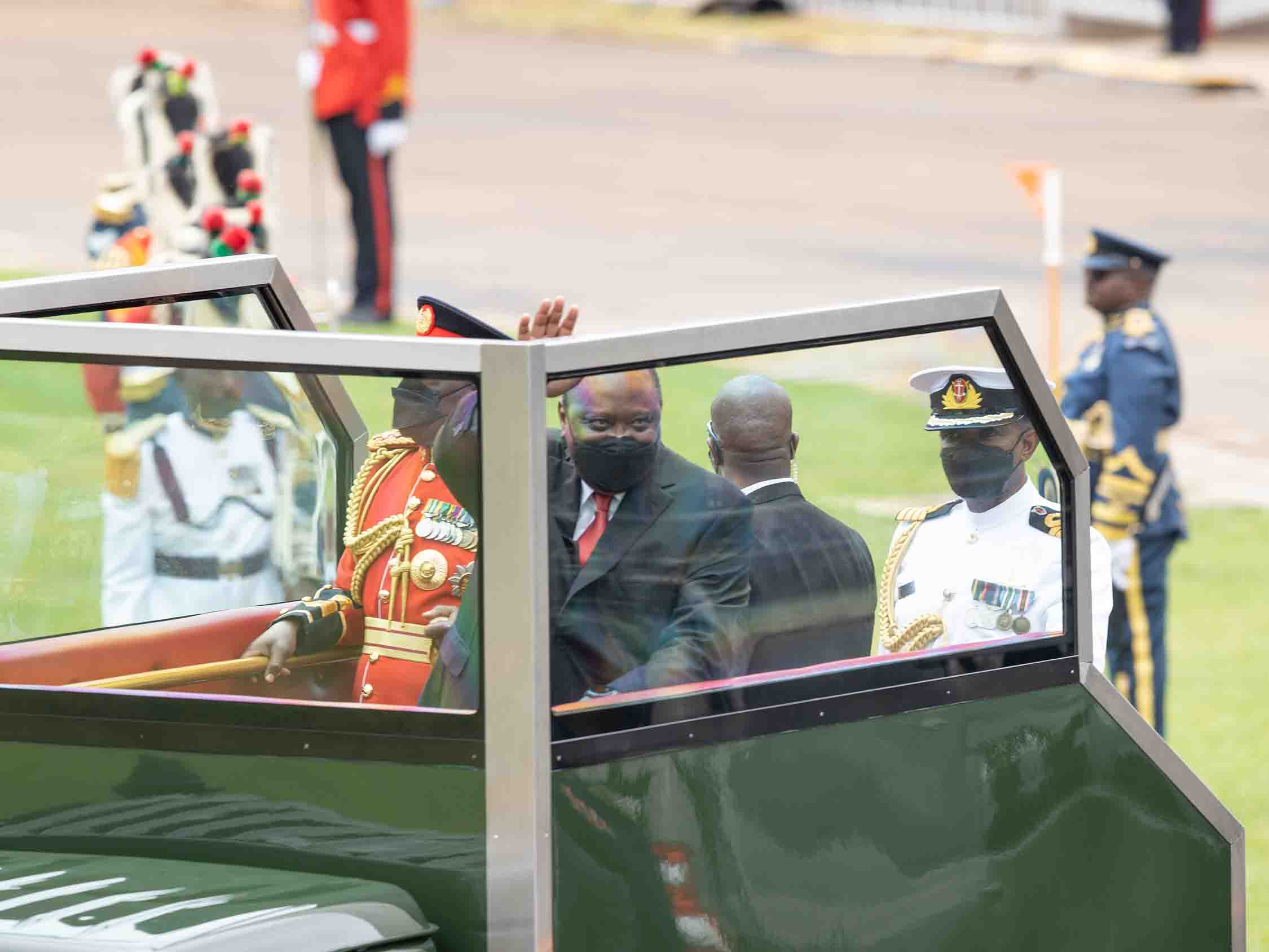 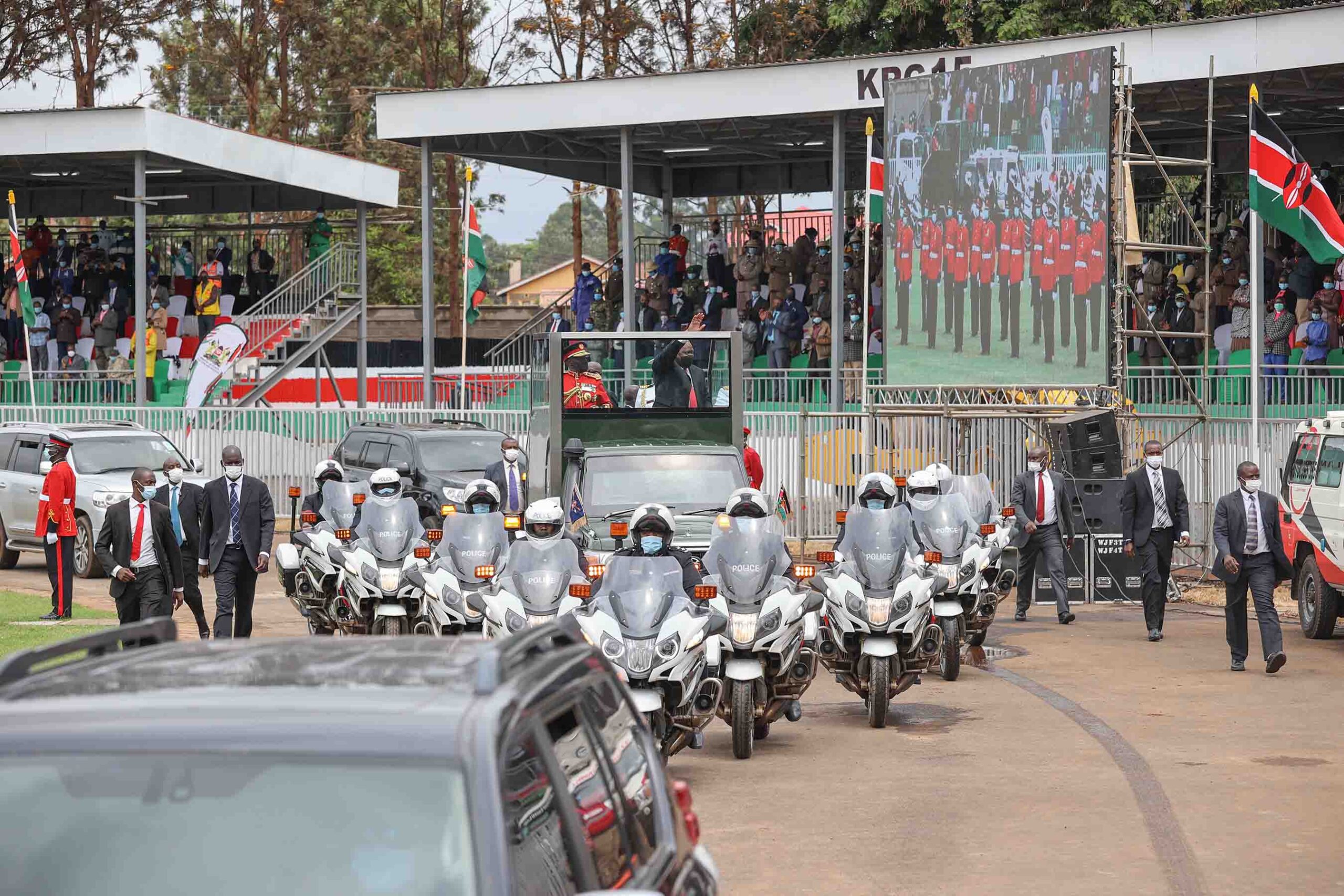 The President thanked Kenyans for exercising an admirable degree of civic responsibility in the fight against the disease, and urged them to continue observing the Ministry of Health protocols to sustain the gains the country has made towards the full re-opening of the economy.

“I particularly want to thank our inter-faith council for their co-operation in steering the resumption of in-person and congregational worship and all our health workers and security officers for their commitment to duty,” President Kenyatta said.

The Head of State spoke at the Wang’uru Stadium in Kirinyaga County when he led the nation in celebrations to mark this year’s Mashujaa Day, national holiday marked in honour of Kenya’s independence heroes.

The President said a progress report given by the National Emergency Response Committee on Covid-19 and the National Security Council led to the review of the existing containment measures.

“Accordingly, the number of persons gathering for in-person worship, is reviewed upwards from one-third of the congregants to two-thirds provided that they adhere to all health protocols as directed by the Government,” he said.

At the same time, the Head of State announced the roll out of a new financial stimulus programme geared towards accelerating the country’s economic growth.

“With significant progress registered in the containment of COVID-19, it is now time to shift our focus from survival to co-existing with the disease. In that regard, my Administration will be rolling out the third financial stimulus programme designed to accelerate the pace of our economic growth and to sustain the gains already made,” the President said.

In the agriculture sector, the President directed the National Treasury to allocate Kshs 1 billion in support of fertilizer subsidy for tea farmers, Kshs 1.5 billion in aid of the sugar sector, Kshs 1 billion towards completion of the ongoing targeted interventions in the coffee sub-sector and Kshs 1.5 billion in support of communities affected by the ongoing drought in the arid and semi-arid counties as part of the national livestock offtake programme.

“To secure a reduction in the prices of animal feeds, I order and direct the Cabinet Secretary for Agriculture, jointly with the National Treasury, to issue within seven days, a framework that will facilitate the reduction of the cost of animal and chicken feeds,” the President said.

Interventions announced by the President in the education sector included the allocation of Kshs 8 billion for the Competence Based Curriculum (CBC) infrastructure expansion programme to anchor the Government’s policy on 100 percent transition from primary to secondary education.

On health, the President directed the Ministry of Health to establish an additional 50 new Level 3 hospitals to be situated in non-covered areas and densely populated areas across the country.

“I further direct the National Treasury to allocate Kshs 3.2 billion for immediate construction of the medical facilities,” President Kenyatta said.

To further harness the energy of the country’s youth and give them a buffer against Covid-related unemployment, President Kenyatta directed the National Treasury to allocate Kshs 10 billion for the third phase of the Kazi Mtaani Programme.

“The programme covering over 200,000 youths will be rolled out to all counties with priority given to densely populated areas,” the Head of State said.

On energy and petroleum, the President ordered the Ministry of Petroleum and Mining, jointly with the National Treasury, to develop a framework for the stabilization of petroleum prices so as to cushion Kenyans against the turbulence caused by the volatility in fuel prices by 24th December this year.

He further asked the Ministry of Energy to ensure the full implementation of the Report of the Presidential Taskforce on Review of Power Purchase Agreements that establishes a pathway for the reduction of electricity prices by 30 percent by December 24.

“I therefore look forward to Kenyans being relieved of the burden of high tariffs by Christmas Day,” President Kenyatta said.

Malawi President Lazarus Chakwera, who was the chief guest at the fete, commended the friendly ties between Kenya and his country saying the two countries have a bright future together as they continue to partner and build on the vision of their founding fathers.

“We must fight and pursue a future of peace, transformation and genuine love. This is the future we desire for Africa, let us birth it,” President Chakwera said during the celebration attended by First Lady Margaret Kenyatta and her Malawian counterpart Monica Chakwera.

Deputy President William Ruto commended President Kenyatta for laying a firm foundation for future leaders to build on and entrench the country’s prosperity.

“Your legacy has set the standard for the leaders who will come after you. We will build on your legacy and nothing you leave behind will be left incomplete.

“Your Excellency, I want to give you our assurance that we will build on the legacy that you have set and we will ensure that nothing you leave behind is left uncompleted,” the Deputy President said.

“This region of our country has contributed immensely in the struggle for independence,” the former Prime Minister said.