Amber Portwood said she almost went ‘to go to the grave’ with her secret, after coming out during the Oct. 12 episode of ‘Teen Mom OG’.

Amber Portwood shared a secret during the Oct. 12 episode of Teen Mom OG, when she revealed she’s bisexual and once dated a woman for eight months. The big reveal came after Amber said she was writing a second book and “worried” about some of the things she’d be sharing. She said her first book, Never Too Late, was “PG-13” and everyone “will be a bit shocked” by this new one because she’ll reveal that she’s bisexual.

“I’m really scared right now,” Amber said, when asked how she feels about sharing her secret. She also revealed that her ex, Gary Shirley, already knows she’s bisexual, but she doesn’t believe he’ll “be very open” about her sharing the news publicly. “I think he’s going to think it’ll be bad for Leah” because “he doesn’t even like the thought of therapy to help [my relationship with Leah]. This is just another embarrassment to [him].”

Amber went to to tell her producer that her kids — daughter Leah, 12, and son James, 3 — inspired her to come out, but she was planning on taking her secret “to the grave”.

Later, Amber called her mom, Tonya, to share the news with her “personally” before she learned it in the book. And Tonya was really supportive — she told Amber that she’ll always be there for her no matter what. “If that’s what you want, then don’t be ashamed of it,” she said, before saying Leah will likely be “okay” with the news, too. “You’re my baby regardless. You understand that? I love you, baby,” she told Amber. 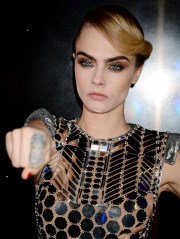 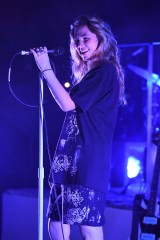 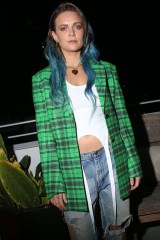 In other Teen Mom OG news: Maci Bookout had a panic attack when she drove by the gas station where the shooting took place. Catelynn Lowell found out that her brother has a girlfriend, so she talked to him about safe sex. Mackenzie McKee expanded her business by renting a work out space. Meanwhile, as Cheyenne Floyd planned a baby sprinkle for baby Ace, Zach Davis asked Cheyenne’s dad for his blessing on a proposal.