Pitso Mosimane’s time in Egypt could be cut short with crunch talks set to take place today over his future at Club of the century, Al Ahly! According to reports, Pitso Mosimane could very well be leaving Al Ahly before the end of the current week. 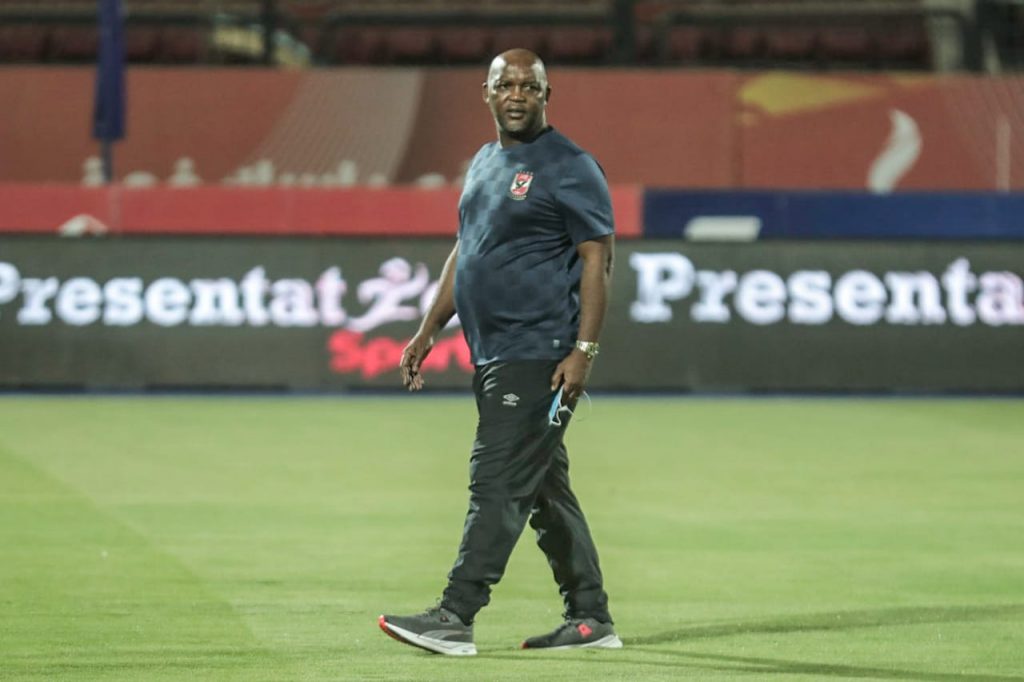 Mosimane and Al Ahly have allegedly reached a dead-end during their contract extension negotiations after failing to agree on a ‘protection clause’. Pitso Mosimane’s camp are demanding to have a protection clause inserted in the new contract. However, Al Ahly are not willing to meet them halfway at the current moment.

“iDiski Times has gathered that the contract renewal talks between Pitso Mosimane and Ahly reached a stalemate last week. And it is believed that the only way for the situation to change or improve, is if the two parties find each other and move forward by agreeing the terms of the new contract.” IdiskiTimes reported.

“At the heart of these negotiations and stalemate its believed to be the ‘protection clause’ Mosimane and his camp want to be inserted in the new contract. Football fans in North Africa, particularly in Egypt at the two big clubs Ahly and Zamalek can be very fickle and demanding leading to club bosses being trigger happy.

“According to sources from Egypt, whilst Ahly chairman ‘Captain El Khatib’ (Bibo) is fond of Mosimane and wants to offer him this new deal, Ahly’s reluctance in agreeing for this security clause, could be the source of Pitso Mosimane possibly packing his bags and going home this week, with crunch talks set to take place on Monday.”