BRIDGETOWN, Barbados, 6th October 2021 (PSCU) – President Uhuru Kenyatta was on Wednesday conferred the ‘Order of Freedom of Barbados’ award by the Barbadian Government for his leading role in the promotion of global trade and the strengthening of relations between African and the Caribbean countries. 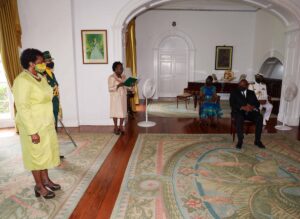 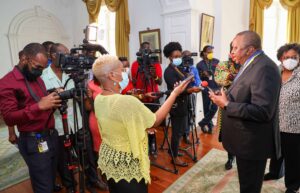 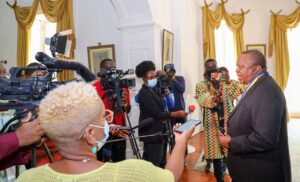 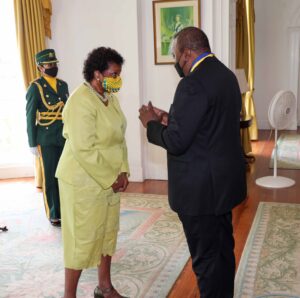 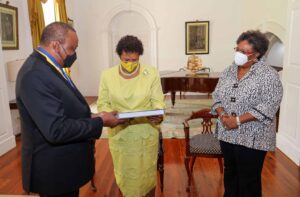 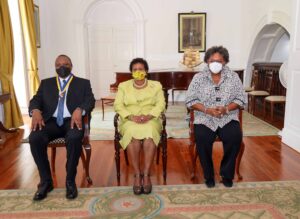 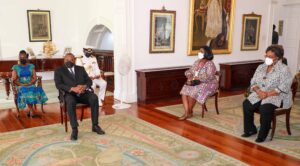 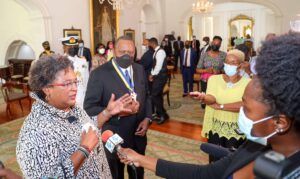 The highest State honour conferred on outstanding Barbadian citizens and foreign nationals for extraordinary service to Barbados, Caribbean Diaspora or to humanity at large was presented to President Kenyatta by the country’s Governor General Dame Sandra Mason at Government House in Bridgetown.

“The accolade of honorary Member of the Order of the Freedom of Barbados is being conferred on the President of the Republic of Kenya for his outstanding accomplishment as a global leader, his commitment to enhancing global trade and sustainable development and efforts to strengthen the bonds of cooperation and friendship between Kenya and CARICOM, in particular the bilateral relationship between Kenya and Barbados,” the citation read in part.