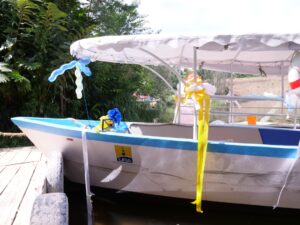 Uganda Revenue Authority together with 27 partners have donated a motorboat to safely ferry pupils who ply the waters of Lake Bunyonyi to access education in Bwama Primary School, Kabale district. The boat, together with 70 life jackets have been handed over to the school management to ensure the children’s safety while they navigate the lake. The thirty-seater boat cost UGX 115 million. 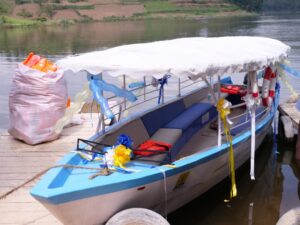 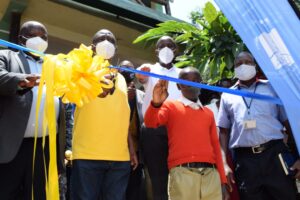 URA’s heed to this cause came after a series of stories in 2017 that featured on a local television station highlighting the plight of children who cross Lake Bunyonyi in the wee hours to access education on the mainland. The only means of transport available to them were rickety canoes which posed a threat. 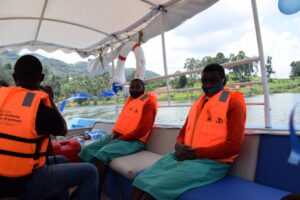 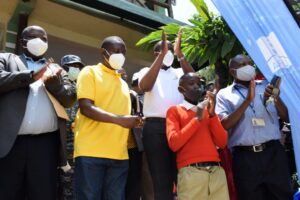 In response, URA sought partnership with several organisations and 27 companies came on board to rescue the plight pupils face as they access education in a safe environment. This is what birthed a charity football match dubbed the URA tax derby in October 2019. The fundraising event generated a tune of UGX 73,652,000 to which URA topped up with UGX 41 million.

This initiative is part of the broader Corporate Social Responsibility (CSR) activities prioritised by URA staff as a way of effecting social change in the communities in which they operate.

“Education is a basic need that should never have encumbrances such as children risking their lives, crossing water bodies in rickety boats in order to learn. This is the reason we are here today. To ease the education journey of tomorrow’s leaders and taxpayers from Rubanda district,” said the URA Commissioner General, Mr John Rujoki Musinguzi.

In addition, as part of commemoration of 30 years of existence, URA donated hospital equipment worth UGX 50 million to China- Uganda Friendship Hospital in Naguru on 10th September, 2021. Thereafter, on 24th September 2021, URA staff countrywide engaged in 70 CSR initiatives worth over UGX 166 million, to bolster change in the communities and create an enjoyable working relationship.