Rival clubs Al-Nassr and Al-Hilal will celebrate the sensational transfer of Cristiano Ronaldo to Saudi Arabia by fielding a mixed team in a friendly match against Paris Saint-Germain this month – where Lionel Messi is set to sign a new contract.

Messi is set to line-up against Ronaldo in the friendly match in Riyadh, due to be staged on January 19. It is anticipated that PSG will field a strong team for the game against the home side, who will play a team consisting of players from the two capital city clubs.

Ronaldo completed a stunning move to the Saudi Arabia club on Friday and is expected to earn in the region of £173million per year. The deal comes after Ronaldo ended his relationship with Manchester United by mutual consent in November following a bombshell interview with Piers Morgan.

With no other offers on the table, Ronaldo made the switch to the Middle East club and is now set to link up with his new teammates after his presentation with the club on Tuesday. Al-Nassr’s city rivals Al-Hilal began selling shirts with Messi’s name in a reaction to the deal, but the two are now set to line-up together.

The information is detailed by Marca, who claim that the match will be staged just over two weeks after Ronaldo’s signing was confirmed by Al-Nassr. It is anticipated that the game’s timing will coincide with the news that Messi will add one more year to his contract at PSG.

Messi joined the French club on a two-year contract in the summer of 2021 after Barcelona were unable to register a new contract for the playmaker due to their financial situation. After a difficult debut campaign in Paris, he has netted 12 goals and provided 14 assists this term and has spoken of his happiness at adapting to life in France this term. 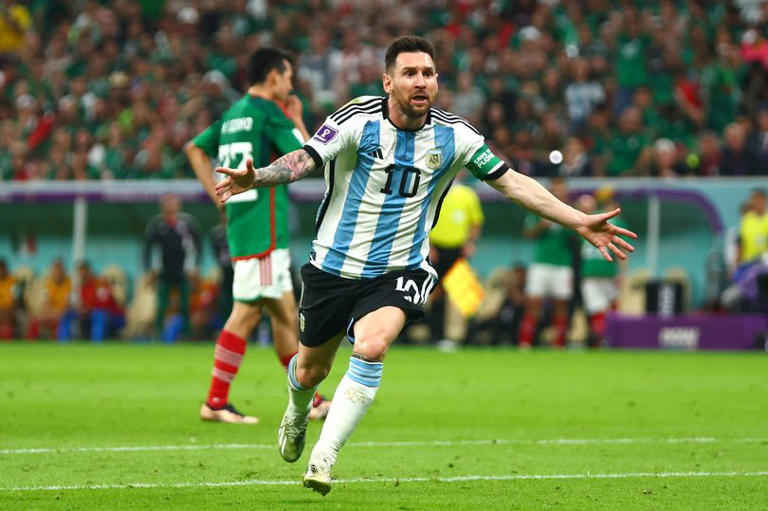 Have Your Say! Is Messi making the right decision by extending his contract at PSG? Tell us what you think here.

Messi has been refusing to answer phone calls made on behalf of a negotiator close to Barcelona president Joan Laporta, who is desperate for the Argentine star to return to the Camp Nou, but his negotiating tactic has so far proven unsuccessful. Messi has no plans to return to the Catalan club.

Laporta had planned to meet with his former star player during his attendance at the Ballon d’Or awards in Paris in October, but such attempts were unsuccessful. MLS outfit Inter Miami are another club in pursuit of the Argentine, but despite reports that a deal had been agreed upon at the end of the current season, Messi is now poised to extend his stay in Paris.

“I like Paris a lot more now, I have discovered the city and I find it magnificent,” Messi explained, in quotes carried by Le Parisien from November. “In the first year, there was a huge change. Things happened very suddenly, it was not my objective to leave Barcelona, and everything about it was very abrupt.

“After this long period and the difficult times, I am happy to live where I live, and my family and I are enjoying Paris. It was hard at the start, we had stayed all our lives in the same place, I had never moved, and I did not know what it was like to leave.

“We did not expect this, it happened very quickly, and we had to leave Barcelona overnight. We found ourselves in a new environment. We had our life in Barcelona, our friends, our habits, and we found ourselves in a different place, with another language, another football, another climate, I suffered a lot from that. It was hard. But, today, I enjoy everything including football.”