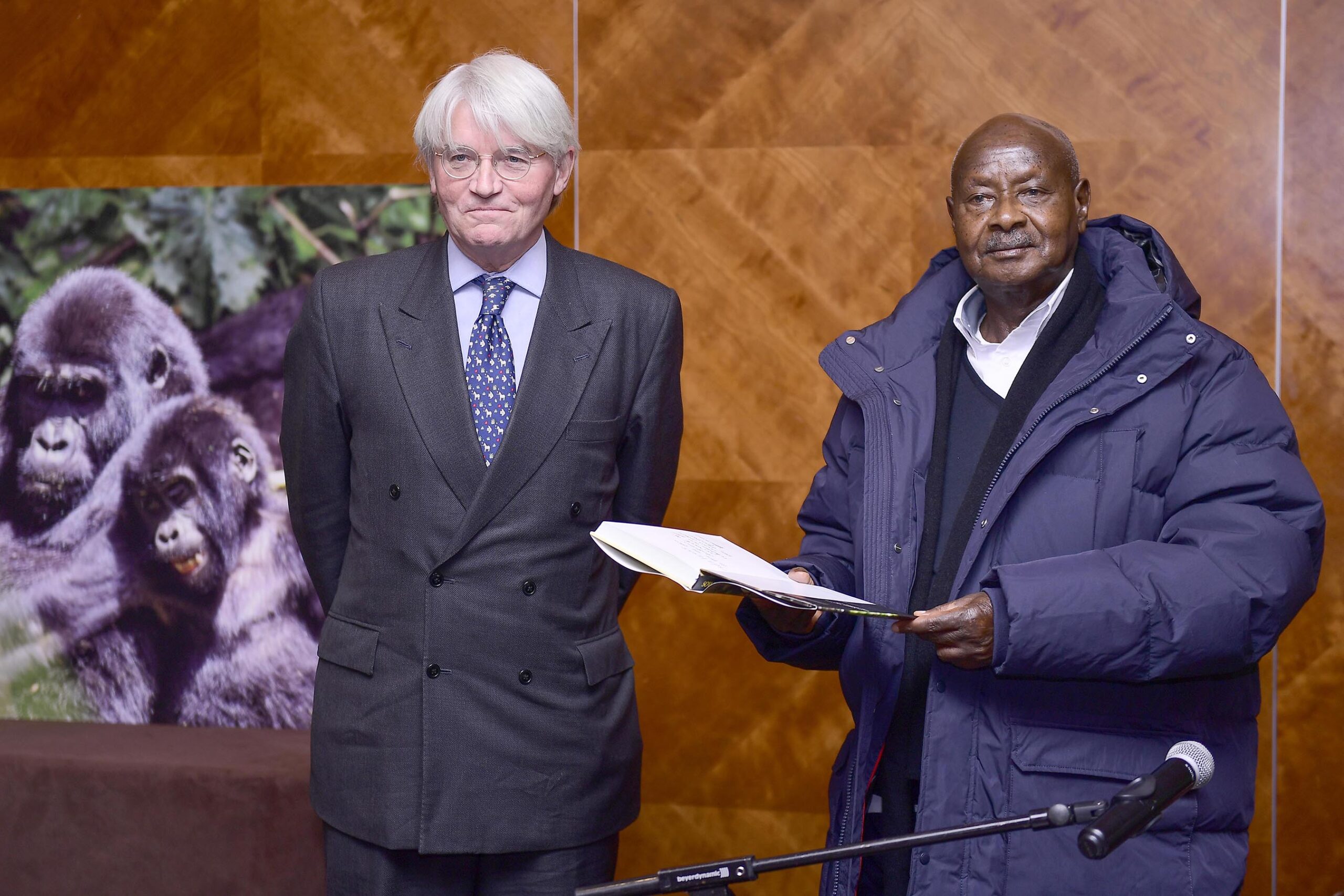 Museveni in London – Enroute to USA – meeting Rt. Hon. Andrew Mitchel , Minister of State for Development & Africa – 02 President Museveni has taken off from Harrods Aviation Luton
Fixed Base Operator and is headed to Washington DC in USA for
the US- Africa Leaders’ Summit.
President Museveni left the Airport at 3:30pm, bringing his oneday working visit in the United Kingdom to an end.
While in the UK, he met investors, UK government officials led by
Lord Andrew Mitchel, the Minister for Development and Africa.
During his meeting with Mr. Mitchel, President Museveni
reiterated Uganda’s commitment to regional peace and stability,
adding that the East African Community will remain a vital arbiter
in the matters of the Democratic Republic of Congo until an
amicable and lasting solution can be obtained.
President Museveni autographed his “Sowing the Mustard Seed”
book for Mr. Mitchel and extended him an invite to Uganda where
he said “they will have longer conversations” on Uganda and Africa.