An egg is believed to have been thrown in the direction of King Charles during a walkabout in Luton town centre. 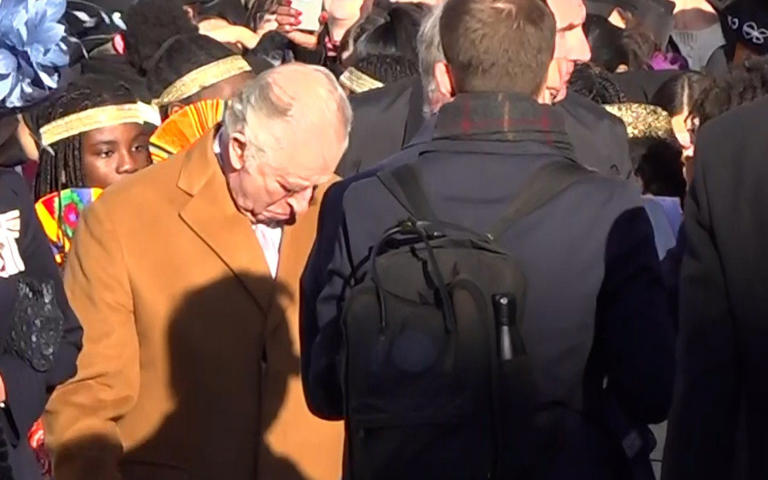 A man in his 20s has been arrested on suspicion of common assault, Bedfordshire Police said.

The suspect is in custody for questioning after being arrested in St George’s Square on Tuesday.

The King had been temporarily steered away from crowds outside Luton Town Hall by his security staff shortly after arriving.

He then resumed shaking hands with members of the public after being moved to a different area.

The incident comes just weeks after 23-year-old Patrick Thelwell was arrested for throwing an egg at the King and Queen Consort during a visit to York. 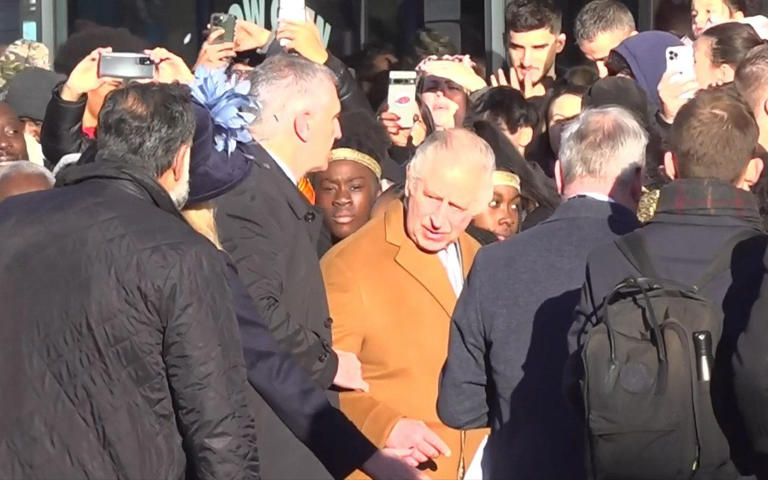 The couple had just arrived in the city on Nov 9 to unveil a statue in honour of the late Queen at York Minster when a figure in the crowd threw four eggs, all of which missed.

On Tuesday, the King met members of the public during his visit to Luton, chatting to dozens of people at the Town Hall and the newly built Guru Nanak Gurdwara.

The King removed his shoes and put on a Ramaal headscarf in the Sikh temple, where he greeted people.

He bowed in front of the Sikh holy book, Guru Granth Sahib, and sat cross-legged on the floor, wearing an orange scarf over his suit, before being invited to unveil a plaque to mark the official opening of the Gurdwara. 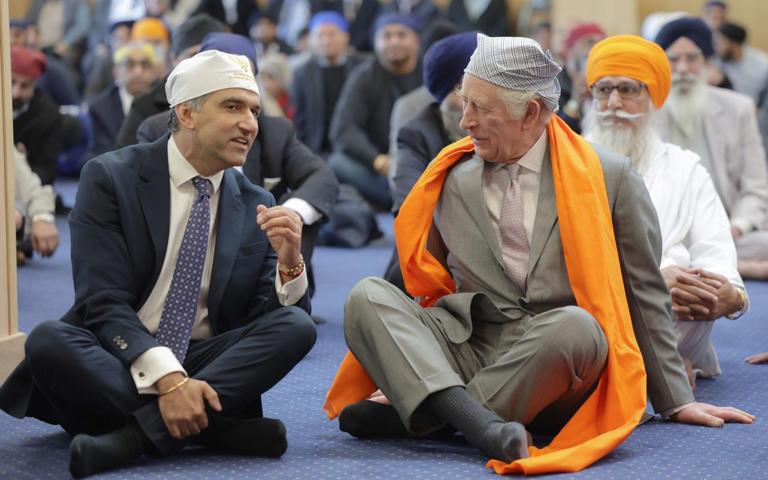 The plaque included Tuesday’s date, and Charles joked that it was a good job he “turned up on the right day”.

During his visit to the Gurdwara he met women in the kitchen who cook for hundreds of people every day, and marvelled at their work with dough.

“Isn’t it wonderful how they inflate?” he said, asking if there is a “secret” to the method.

Earlier, many of those who greeted Charles at the Town Hall wished him a “Merry Christmas” and some had taken presents to give to him.

The King was greeted by Lord Lieutenant of Bedfordshire Susan Lousada and Mayor of Luton Sameera Saleem.

His visit came a day after a one-minute teaser for the six-part Netflix series Harry & Meghan was released on Monday in which the duke discusses the “pain and suffering” of women marrying into the royal family.

Netflix confirmed volume one will launch on December 8 – exactly three months after the death of Harry’s grandmother, Queen Elizabeth II – with the second volume to be released on December 15.