Colchester is the UK’s unhappiest area, according to a survey from the Office for National Statistics (ONS).

Colchester is the UK’s unhappiest area, according to a survey from the Office for National Statistics (ONS). 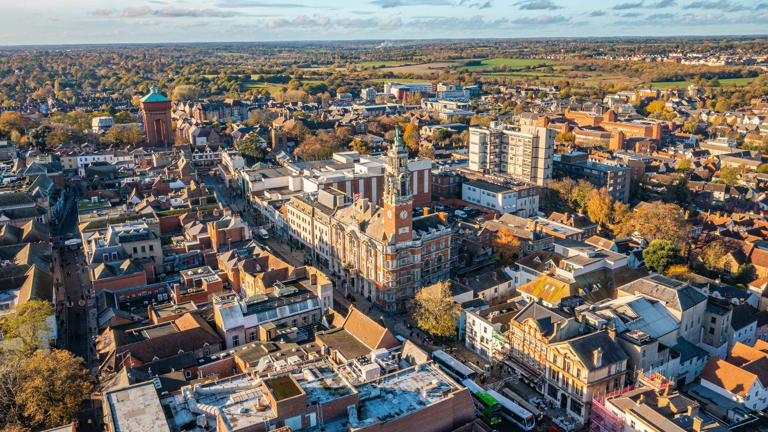 The historic Essex city, once the capital of Roman Britain, ranked the lowest in terms of how ‘happy’ people from there said they were in the ONS’s most recent well-being survey.

It was followed by Worcestershire’s Redditch and the upmarket Kent town of Tunbridge Wells as areas where people living there reported being least happy. 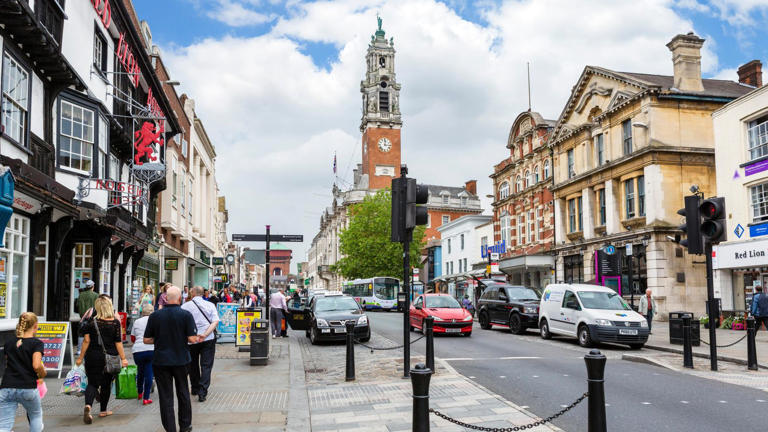 At the other end of the scale, Torridge, in north Devon, ranked as the UK’s ‘happiest’ area, followed by Pendle in Lancashire and Lichfield in Staffordshire.

The figures are from the ONS’s most recent annual well-being survey, in which people were asked to rank “how happy did you feel yesterday” from 0 to 10. 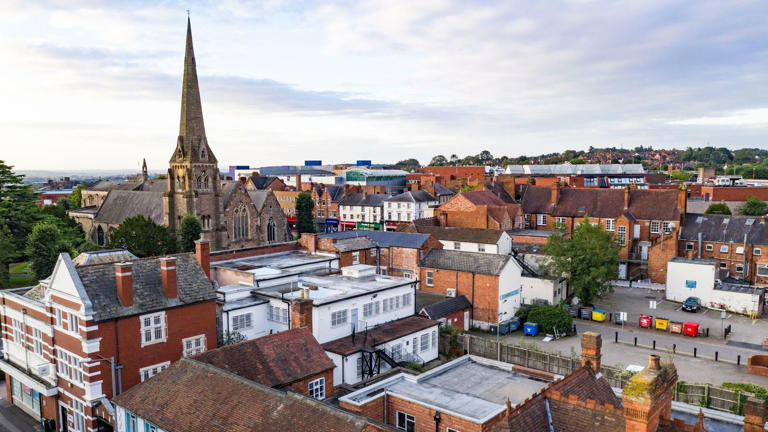 The data, which the ONS says is just one well-being measure it records alongside overall life satisfaction, worthwhile, and anxiety, was recorded from April last year to March this year.

The responses, which were taken at different points throughout the year, were then pulled together to create an average ‘happiness’ for each area.

Colchester ranked as the lowest in terms of ‘happiness’ in the ONS survey, with an average happiness of 6.8 out of 10.

The Essex city, located around 80 miles to the northeast of London on the River Colne, was famously the capital of Roman Britain, leading to its claim of being labelled Britain’s oldest town. 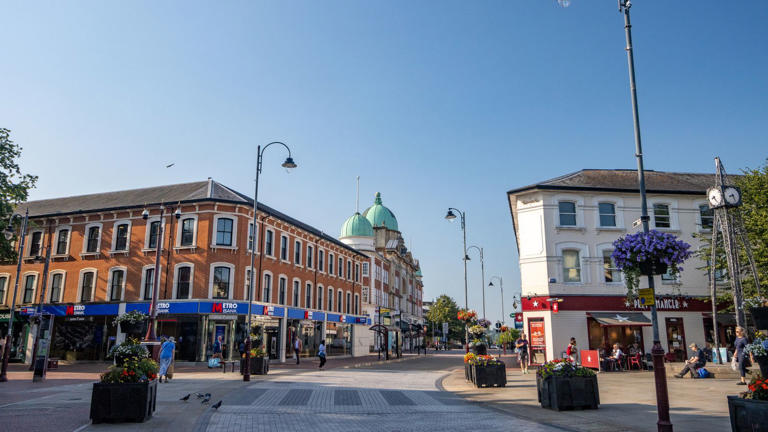 Today, it remains an important area for military bases and is home to several art galleries, Colchester Zoo, and the University of Essex. 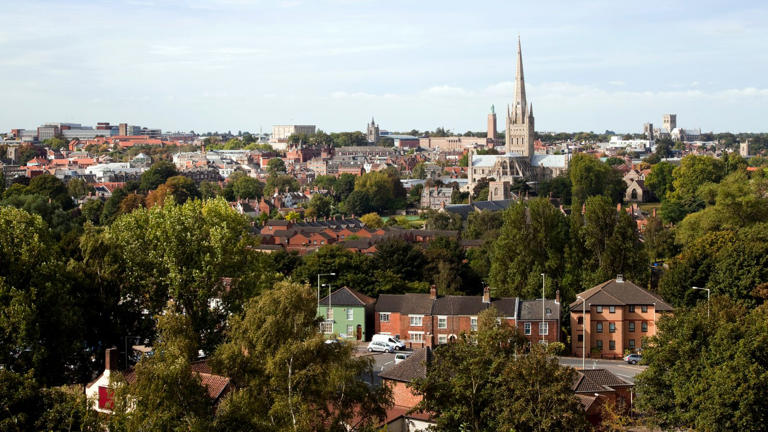 The Midlands town of Redditch, to the south of Birmingham, was famously once the home of the world’s fishing tackle and needle industries. 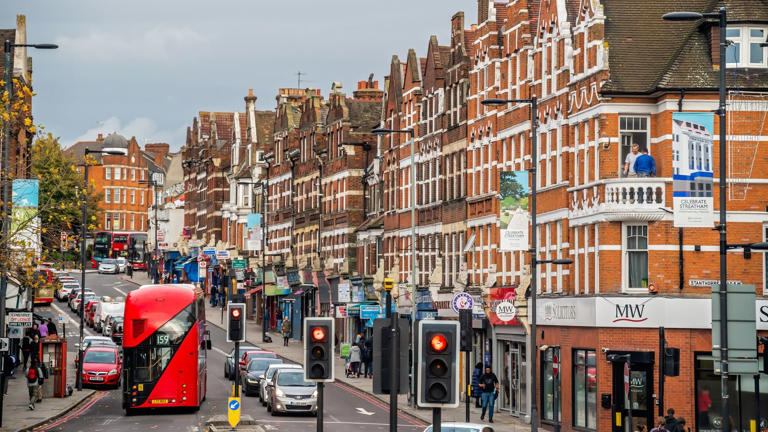 At one point, 90% of the world’s needles were said to be produced there, according to records from the Forge Hill Needle Museum.

But happiness seems to be the most challenging catch in the Worcestershire town, which had an average happiness of 6.8 out of 10. 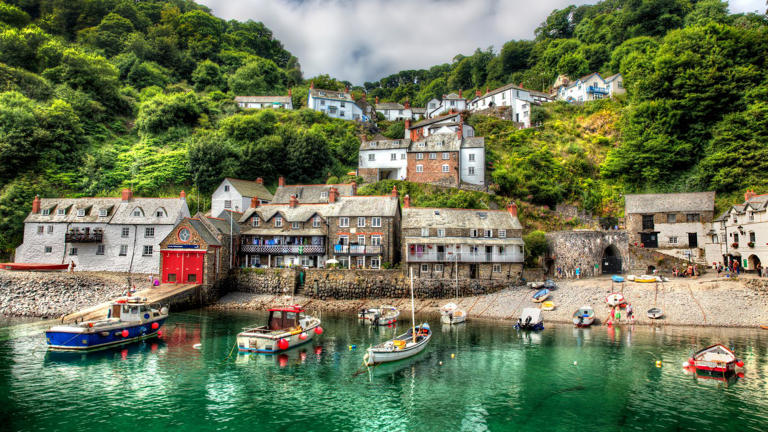 Perhaps a surprise inclusion, considering Royal Tunbridge Wells was voted by Which? to be Kent’s best town to live in only last year, but the town scored an average rating of 6.9 out of 10. 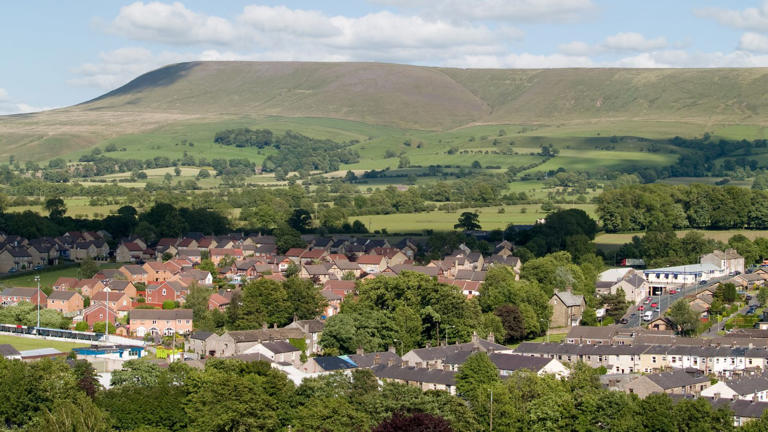 Considered a wealthy commuter town, given it is 30 miles to the southeast of London, the area was once popular with royals, including Queen Victoria.

Her son, King Edward VII awarded the town the Royal suffix in 1909 to recognise its links to royalty and members of the aristocracy over the centuries.

The county town of Norfolk in the east of England, Norwich is home to one of the country’s largest cathedrals, which dates as far back as the Norman period.

The city, which is popular for city breaks, also has a number of cultural attractions, including a medieval castle and the Theatre Royal.

But the city ranked joint third from bottom on the happiness survey, with an average rating of 6.9 out of 10.

One of London’s most central districts, Lambeth includes Oval, Brixton, Streatham and parts of Clapham, among other areas.

It is home to a number of well-known London landmarks, including the London Eye and Lambeth Palace, the official home of the Archbishop of Canterbury.

Its residents were, on average, the fifth least happy in the UK, with an average rating of 7 out of 10.

Torridge is a council area in North Devon, which includes the historic port town of Bideford, where the authority is based.

Other towns in the area include the market town of Holsworthy and the seaside village of Westward Ho! which is famously named after a book of the same name by 19th-century writer Charles Kingsley. 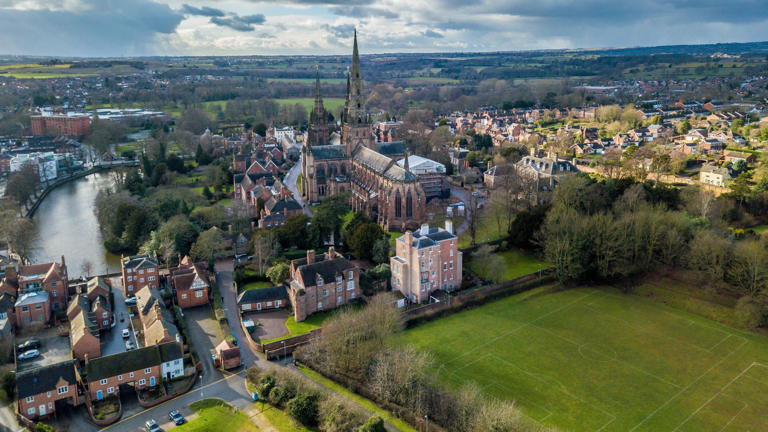 The area is popular with tourists and, according to the ONS survey, its residents too, with an average rating of 8.2 out of 10.

The Lancashire town of Pendle is infamous as the site of the Pendle Witch Trials in the 17th century, which saw 11 people tried for witchcraft. 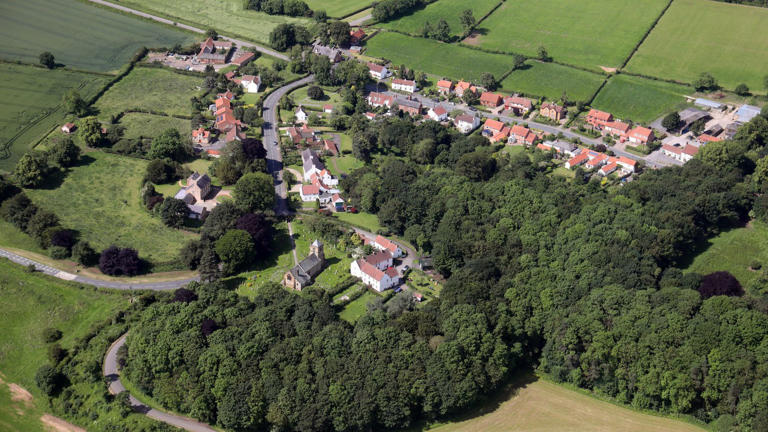 Ten – out of nine women and two men who went to trial – were found guilty of witchcraft and hanged, while the 11th was found not guilty.

Modern-day Pendle is all about the magic of machine-powered movement, with engine and car maker Rolls Royce having a factory in the district. 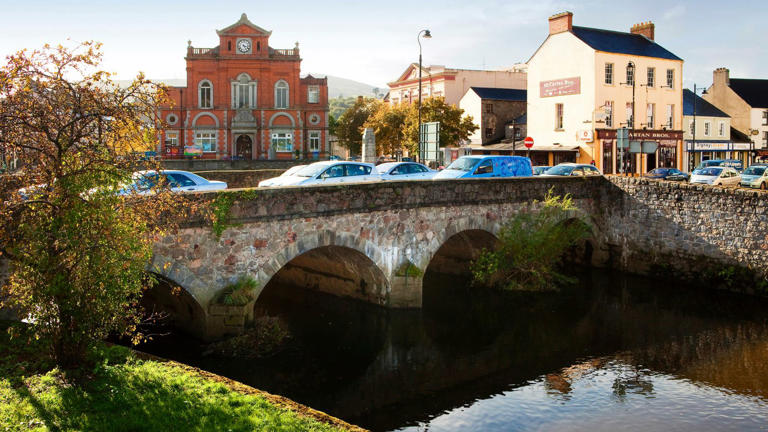 The area is also the second happiest in the UK, according to the ONS data, with an average rating of 8.1 out of 10.

Located to the north of Birmingham, the cathedral city of Lichfield is known as the birthplace of Samuel Johnson, who penned the first authoritative Dictionary of the English Language.

It is also home to Lichfield Cathedral, which is one of only three cathedrals in the UK to have three spires.

A wealthy commuter town to Birmingham, Lichfield is one of the UK’s happiest places with an 8.1 average rating.

The district of Hambleton in North Yorkshire is home to the market towns of Northallerton and Thirsk, home of Thirsk Racecourse.

It is located in the beautiful Vale of Mowbray, between the cities of York and Middlesborough, with the North York Moors National Park to the east.

It is joined with Pendle and Lichfield as the second happiest area in the UK, with an average rating of 8.1.

Newry, Mourne and Down

The only area outside of England to feature in the top or bottom of the list, Newry, Mourne and Down is a local government district on the southeast coast of Northern Ireland.

The area, which is home to around 170,000 people, incorporates large parts of County Armagh and County Down and all of the Mourne Mountains Area of Outstanding Natural Beauty.

Along with Pendle, Lichfield and Hambleton, it scored an average of 8.1 in terms of happiness on the ONS survey.