Raheem Sterling was forced to pull out of England’s World Cup last-16 victory over Senegal and fly back to the UK after armed intruders broke into his home the night before the game. 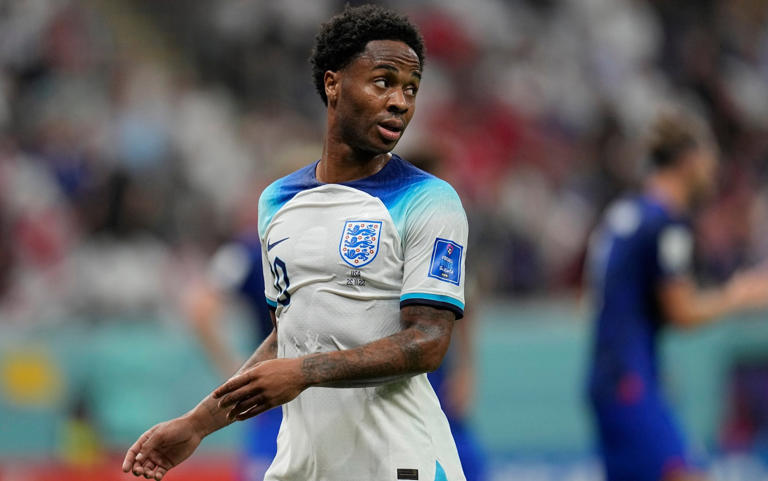 Sources close to Sterling described him as being “shaken” by the burglary that took place on Saturday night with some of his family members present.

Gareth Southgate confirmed Sterling was returning to the UK on Sunday night and, although the forward hopes to rejoin the squad in Qatar if the circumstances are right, England’s manager admitted he was unsure if the forward will play any further part in the tournament.

Sterling remains fully committed to England’s World Cup bid, but must check on the well-being of his family, particularly his children, before deciding whether or not he can return to Qatar.

England will play France in the quarter-finals of the World Cup on Saturday, which does not give Sterling much time to make a decision on whether or not he will rejoin the squad.

Sterling’s enforced last-minute withdrawal took some of the shine off what was an excellent victory for England, for whom Jordan Henderson, Harry Kane and Bukayo Saka scored with Jude Bellingham and Phil Foden producing outstanding performances.

“At the moment, clearly the priority is for him to be with his family,” said Southgate. “We’re going to support that and leave him to have as much time as he needs. He’s going home. At the moment, it’s a situation that he needs time with his family to deal with and I don’t want to put him under any pressure with that. Sometimes football isn’t the most important thing and family should come first.”

Southgate picked Saka and Foden ahead of Marcus Rashford and revealed that Sterling had not been in line to start against Senegal, having already been rested for the victory over Wales.

Sterling scored in England’s opening Group B victory over Iran and started in the draw with the United States, a game in which he was replaced by Jack Grealish.

Although England beat Senegal comfortably without Sterling, losing him for the rest of the tournament would be a blow to Southgate and impact on his attacking options.

‘The individual is more important than the group in those moments’

Asked if Sterling’s departure impacted his team selection or plans for the Senegal clash, Southgate said: “It didn’t impact the team selection. I spent a lot of time with Raheem this morning, so you have days where events happen and you have to deal with them.

“He’s on his way home and yeah, we’re obviously mindful of him being allowed space and his privacy respected, so we don’t want to talk in too much detail.

“Of course it’s not ideal for the group ahead of a big game, but it pales into insignificance because the individual is more important than the group in those moments, so we needed to look after the situation and then I had to pass that on to others this afternoon in order to get him home.”

England captain Kane wished Sterling his best by saying: “Our thoughts are with him and his family. It’s a private matter, but it’s never easy to see one of your team-mates and friends deal with something like that. We’ll have to take it day by day.

“I’m sure Raheem will speak to the manager and take the best decision for him and his family. That’s the most important thing. We send him our best wishes and hope to see him as soon as possible.”

As Sterling flew back to England on Sunday night, his Chelsea non-World Cup team-mates flew to Abu Dhabi for a warm weather training camp with the squad due to arrive on Monday morning.