Footage showing Cristiano Ronaldo’s reaction to the decision to award Portugal’s first goal against Uruguay to Bruno Fernandes has emerged.

Ronaldo was convinced he got the final touch as the ball ended up in Sergio Rochet’s net early in the second half.

Bruno’s cross was intended for Ronaldo but replays were unable to determine whether the 37-year-old connected with the ball.

“I celebrated as if it had been Cristiano’s goal,” Fernandes told reporters, per The Mirror, after the final whistle. “It seemed to me that he had touched the ball. My aim was to cross the ball for him.

“We are happy with the victory regardless of who scored. The most important thing is that we achieved our aim which is to be in the next round.”

Fernandes then netted his second goal of the game from the penalty spot in the third minute of stoppage time, roughly 10 minutes after Ronaldo had been subbed off the pitch. 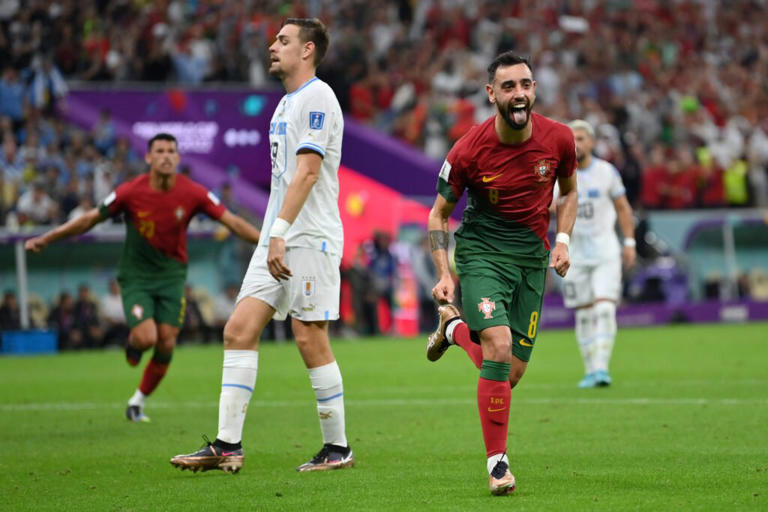 LUSAIL CITY, QATAR – NOVEMBER 28: Bruno Fernandes of Portugal celebrates after scoring their team’s second goal off a penalty during the FIFA World Cup Qatar 2022 Group H match between Portugal and Uruguay at Lusail Stadium on November 28, 2022 in Lusail City, Qatar. (Photo by Justin Setterfield/Getty Images)© Provided by Give Me Sport

It’s been revealed that Ronaldo sent a text message to Piers Morgan from the dressing room, telling the broadcaster that he should have been awarded the opening goal.

Meanwhile, footage obtained from TyC Sports in Argentina shows how Ronaldo went from euphoria to disbelief after seeing Fernandes’ face and name on the scoreboard.

Ronaldo tried to smile through the pain but he clearly felt the wrong decision had been made.

Video: Ronaldo’s reaction to goal being awarded to Fernandes

Ronaldo scored a penalty in Portugal’s 3-2 win over Ghana and is currently one of many players on one goal.

At the time of writing, 12 players have scored two goals at the tournament, including Lionel Messi.

While Ecuador’s Enner Valencia and France’s Kylian Mbappe are the only players to have scored three times so far.

Ronaldo will no doubt be aiming to boost his goal tally when Portugal face South Korea in their third and final Group H match on Friday. 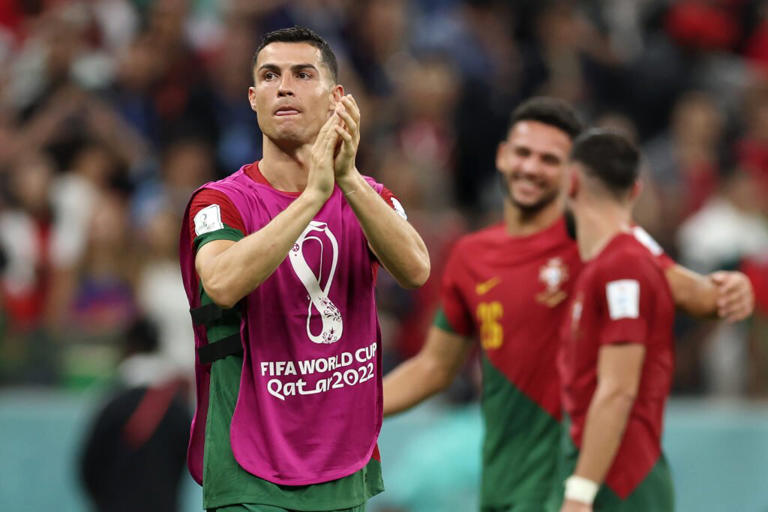