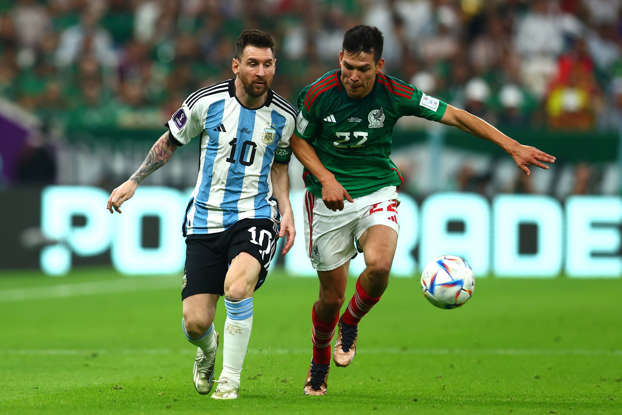 Lionel Messi (L) of Argentina in action with Hirving Lozano of Mexico during the 2022 FIFA World Cup Group C match at Lusail Stadium in Doha, Qatar on Saturday. Photo by Chris Brunskill/UPI

In the 64th minute Messi broke a 0-0 tie by scoring from 20 yards out, putting Argentina ahead. Enzo Fernandez curled in another goal in the 87th minute to seal the victory. 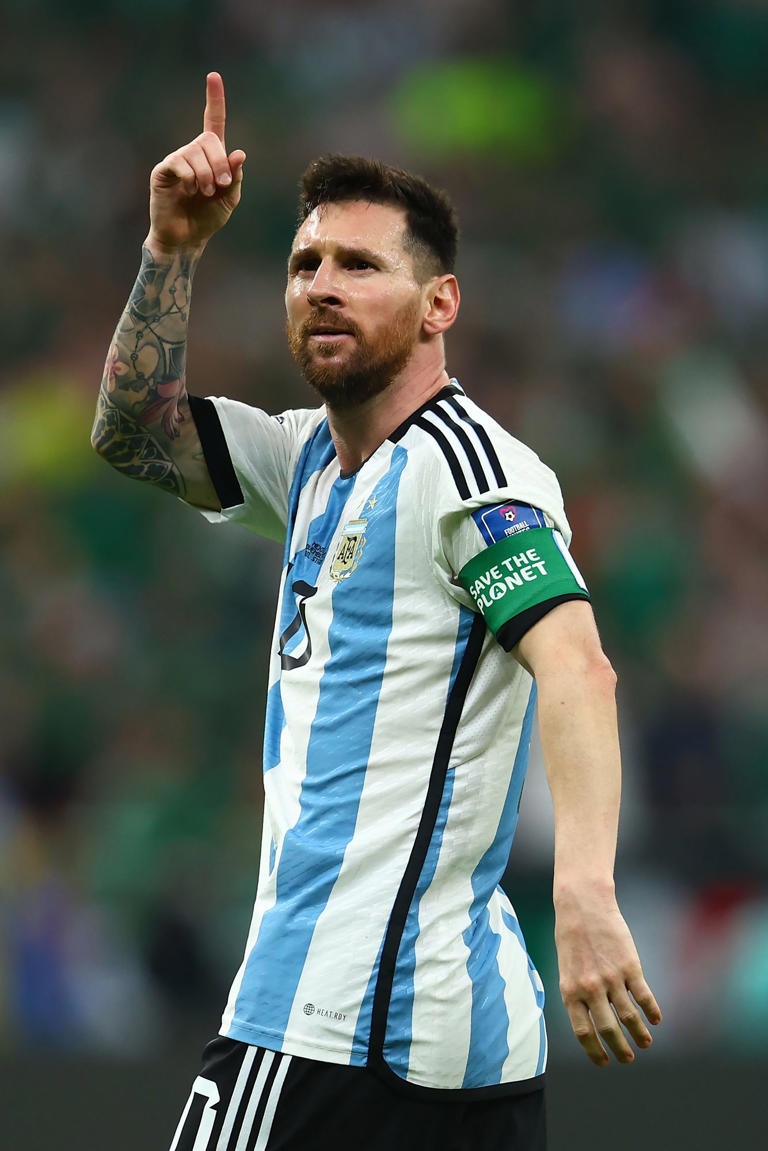 It was a must-win game for Argentina after a stunning 2-1 loss to Saudi Arabia in their opener on Tuesday. With the win, one of the pre-tournament favorites will go into their final Group C match in second place, one point behind their next opponents Poland.

“It was a complicated game to lift ourselves up for, because Mexico played really well,” Messi told Argentine TV. “In the first half, we played with intensity and in the second half, we calmed down a bit and we came back to ourselves.

Messi added that they know the pressure is on to deliver for the fans in Argentina.

“We knew that today we had to win, that another World Cup started for us and we knew what to do. We cannot let our guard down now,” he said. “We knew that the response from our fans would be like this and I think we complied.”

Mexico had success containing Argentina early, but suffered a blow when their captain Andres Guardado, a veteran of five World Cups who had been a commanding presence in midfield, had to be taken off injured in the 42nd minute.

Argentina will play Poland, who beat Saudi Arabia, on Wednesday with a chance to advance to the knockout round.