Elon Musk has reinstated Donald Trump’s Twitter account after users of the social media site narrowly voted to bring the former president back. 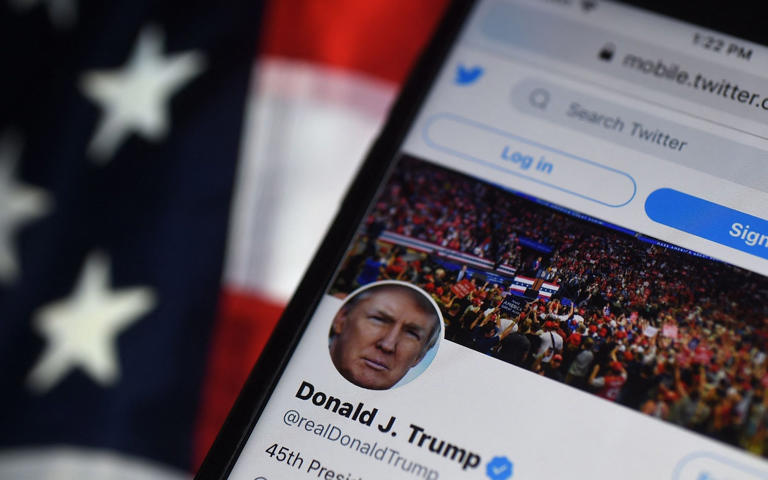 “The people have spoken. Trump will be reinstated,” Mr Musk tweeted.

“Vox Populi, Vox Dei,” he added, the Latin adage meaning: ‘The voice of the people is the voice of God.’

The people have spoken.

Trump will be reinstated.

The former president was suspended from the platform nearly two years ago, with the company citing “the risk of further incitement of violence” following the January 6 riot at the US Capitol.

On that day he was accused of whipping up the mob when he tweeted to his 88 million followers that “Mike Pence didn’t have the courage to do what should have been done to protect our Country and our Constitution” and “USA demands the truth!”

The tweet came just minutes after his supporters had breached the Capitol doors. Twitter interpreted those statements and others as violations of its “civic integrity policy,” and announced Mr Trump’s suspension.

But now, following the $44 billion acquisition of Twitter by the SpaceX and Tesla founder, the company has taken a much more forthright attitude to what it considers free speech.

Mr Musk first said in May that he planned to reverse the ban on Mr Trump, but sought to reassure users and advertisers that such a decision would be made with consideration by a content moderation council composed of people with “widely diverse viewpoints” and no account reinstatements would happen before the council convened.

He also said Twitter would not reinstate any banned users until there was a “clear process for doing so”.

It is not known if there was any council meeting or if there is a clear process for reinstating users. Mr Musk hasn’t put the decision to reinstate any other accounts to a Twitter poll of the site’s 237 million daily users.

Like the vote, users were divided on the decision. Conservative supporters were quick to applaud, with Candace Owens saying: “When you can’t flood Twitter with mail-in ballots so democracy actually wins,” in reference to her belief that the 2020 election was rigged.

Mr Trump’s niece, Mary, who last week lost a lawsuit over inheritance against him tweeted: “Still a f****** loser.”

However, whether Mr Trump will actually return is not yet clear, despite the site playing a significant role in his political rise, allowing him to avoid traditional media and speak directly to his supporters. He had appeared less than keen earlier on Saturday.

“I don’t see any reason for it,” the former president said via video when asked whether he planned to return to Twitter by a panel at the Republican Jewish Coalition’s annual leadership meeting.

He said he would stick with his new platform Truth Social, the app developed by his Trump Media & Technology Group (TMTG) startup, which he said had better user engagement than Twitter and was doing “phenomenally well”.

Mr Trump, who on Tuesday launched a bid to run for the White House in 2024, praised Mr Musk and said he had always liked him, but also said Twitter suffered from bots, fake accounts and that the problems it faced were “incredible”.