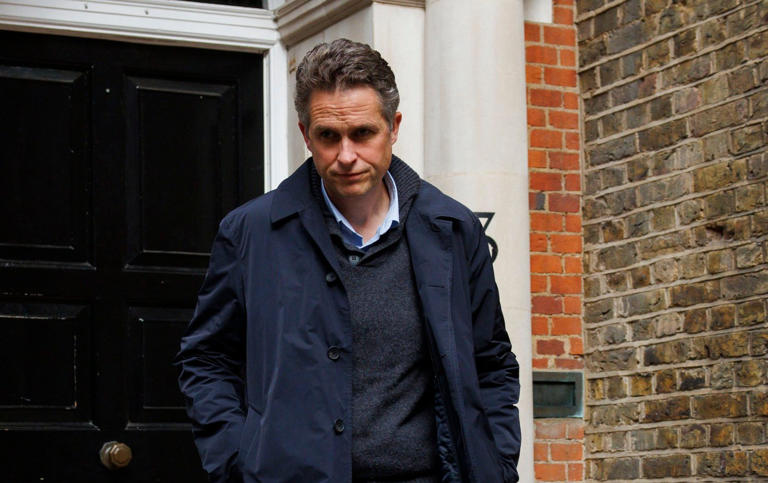 Rishi Sunak might come to regret not fighting harder to keep Gavin Williamson around his ministerial top table.

The Prime Minister knew he needed someone like Williamson – a figure modelled on the scheming Francis Urquhart from the House of Cards TV series – to make up for his own lack of political skills.

Williamson was one of five – count ’em – former chief whips appointed to the Cabinet. The idea was that these grey beards were there to help the PM deliver the 2019 manifesto ahead of the next election in two years’ time.

Instead Sunak has lost one of the practitioners of Westminster’s dark arts, who had made his name as being David Cameron’s eyes and ears as his Parliamentary aide when he was in 10 Downing Street.

Williamson – who has never tried to disguise his delight in the darker side of politics – brought a certain guile to the role.

He had cultivated this scheming reputation – famously keeping a tarantula called Chronos on his desk in the whips’ office.

Sunak had got to know him and valued his support during the summer leadership campaign, when he topped all five rounds of voting by Conservative MPs.

Williamson did not have an official role in the campaign, but he was conspicuously visible in and around Westminster on the key voting days when MPs were deciding who to back.

Williamson was in some ways a throwback to the last century, before busy fingered activists on Twitter could end a career. He viewed politics as a contact sport – and exerted his influence behind closed doors.

This was what Sunak had signed him up for. There was no other reason to make him Minister Without Portfolio, aka a Minister Without a Job, but in fact a hugely influential Number 10 enforcer in the corridors of power.

‘Being a d–k isn’t a sacking offence’

Tories were asking me why Willamson had to go. There is no question that Williamson’s messages to former chief whip Wendy Morton were unpleasant and entitled. But were they a resigning matter?

One Conservative on Tuesday night pointed the finger at Morton. “Perhaps a chief whip who complains about being bullied by a backbencher is in the wrong job! Being a bit of a d–k isn’t a sacking offence,” he said.

And the allegations that he told an aide to “slit your throat” are appalling – but are contested by Williamson himself.

Could Sunak have done more to keep Williamson? He certainly might come to regret it now.

The PM and his Chancellor Jeremy Hunt would have needed all the guile that Williamson could offer to get the Autumn Statement past their own MPs on Thursday next week.

Even if half of the various tax attacks on people’s salaries, homes and pensions are announced next week then it could pose an existential threat to the Government.

One former Cabinet minister has suggested to me that as many as 50 Tory MPs would refuse to back some of the more outlandish measures which have been trailed so far. And that could bring down the Government.

Over the next few weeks and months, Sunak might wish that he had Williamson as part of his team as the temperature in Westminster is turned up on our new Prime Minister.