The plea of State Minister for Sports, Hon. Peter Ogwang, to the House to defer the First Reading of the bill, was turned down

The bill seeks to repeal the National Council of Sports Act. Cap 48. The object of the bill is to consolidate and modernize the law relating to the incorporation and registration of national sports organisation and community sports clubs.

Further to that, the bill intends to provide for the management, promotion, development and regulation of professional, amateur and recreational sports in Uganda and to streamline the recreation, registration and management of national sports organisations and community sports.

Speaker Anita Among referred the bill to the Committee on Education and Sports.

Parliament deferred the first reading of the bill on 09 March 2022, with government arguing that there is a need for further consultations on the financial implication.

Magogo was scheduled to table the bill, but the then Government Chief Whip, Hon. Thomas Tayebwa, said that the bill had several connotations of financial implication which require co-sponsorship.

Attempts by the Minister of State for Sports, Hon. Peter Ogwang, to convince the House during the sitting of Wednesday, 09 November 2022 to heed the earlier position on harmonisation of the bill were futile.

“Procedure requires that before a bill is tabled, it has to go through Cabinet. Cabinet will approve the bill on Monday and it will be tabled. I request the House to permit that the consolidated bill is tabled after Cabinet approval,” Ogwang said. 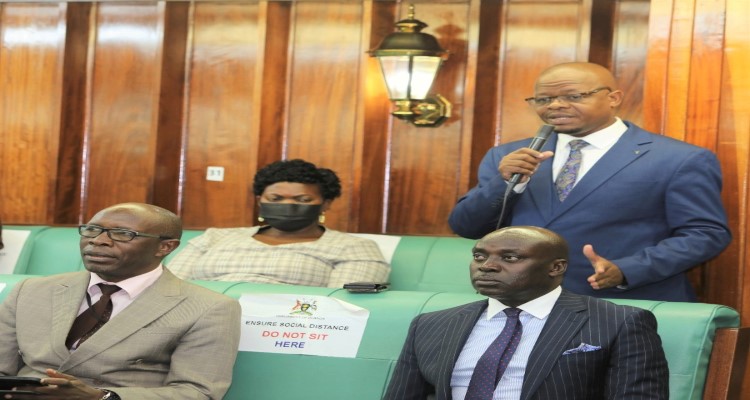 Hon. Moses Magogo, also President of the Federation of the Uganda Football Association, is the sponsor of the Private Member’s Bill

“We are bringing the bill in good faith, we are helping you to work. We cannot have a Bill laid and it takes eight months. Let us not deprive a private member of executing his constitutional mandate,” she said.

The Speaker added that Parliament has a legislative agenda of 62 bills and yet not even a quarter of the bills have been handled.