Assures them that Ebola is being contained and there will be no lockdown! 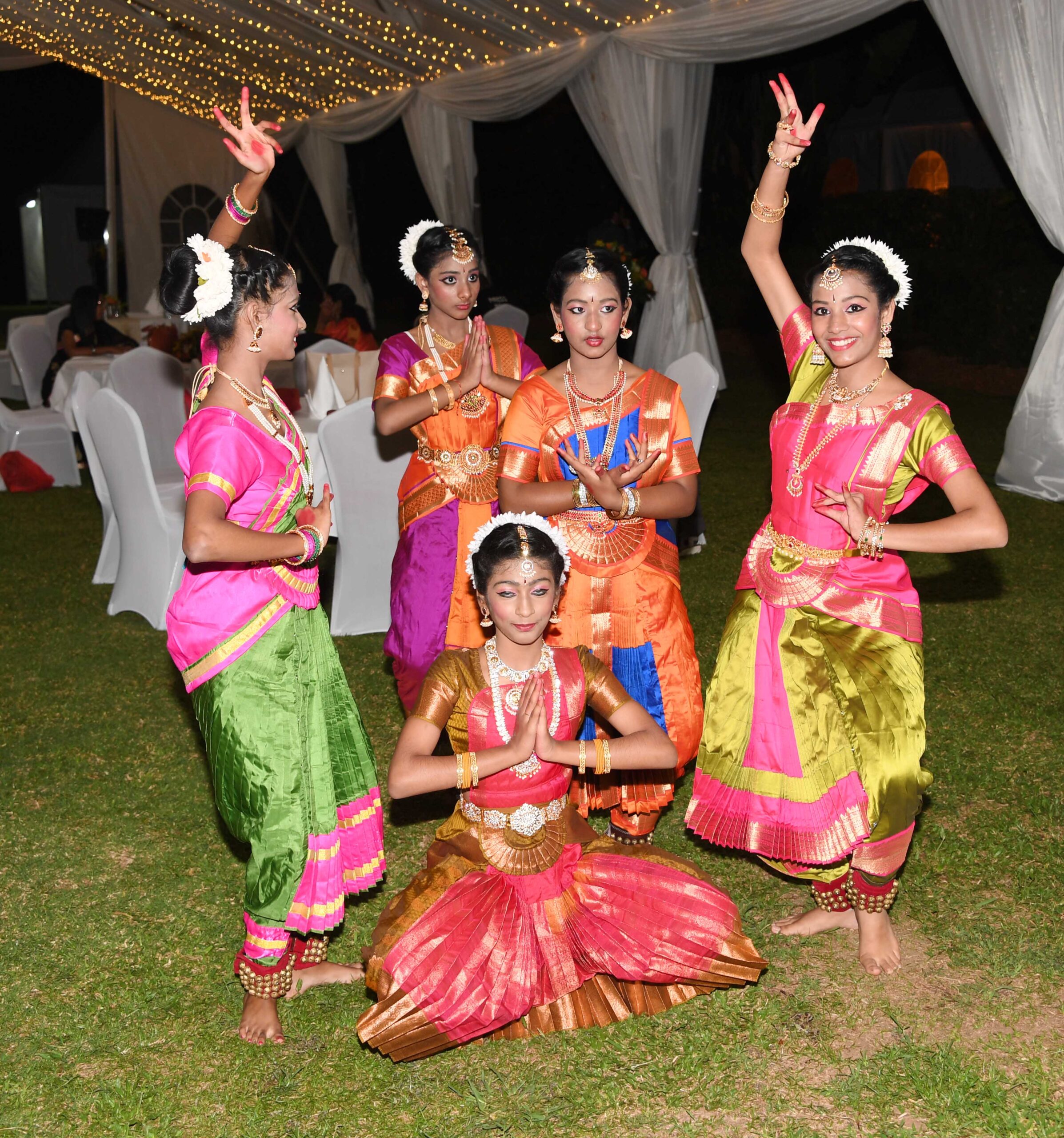 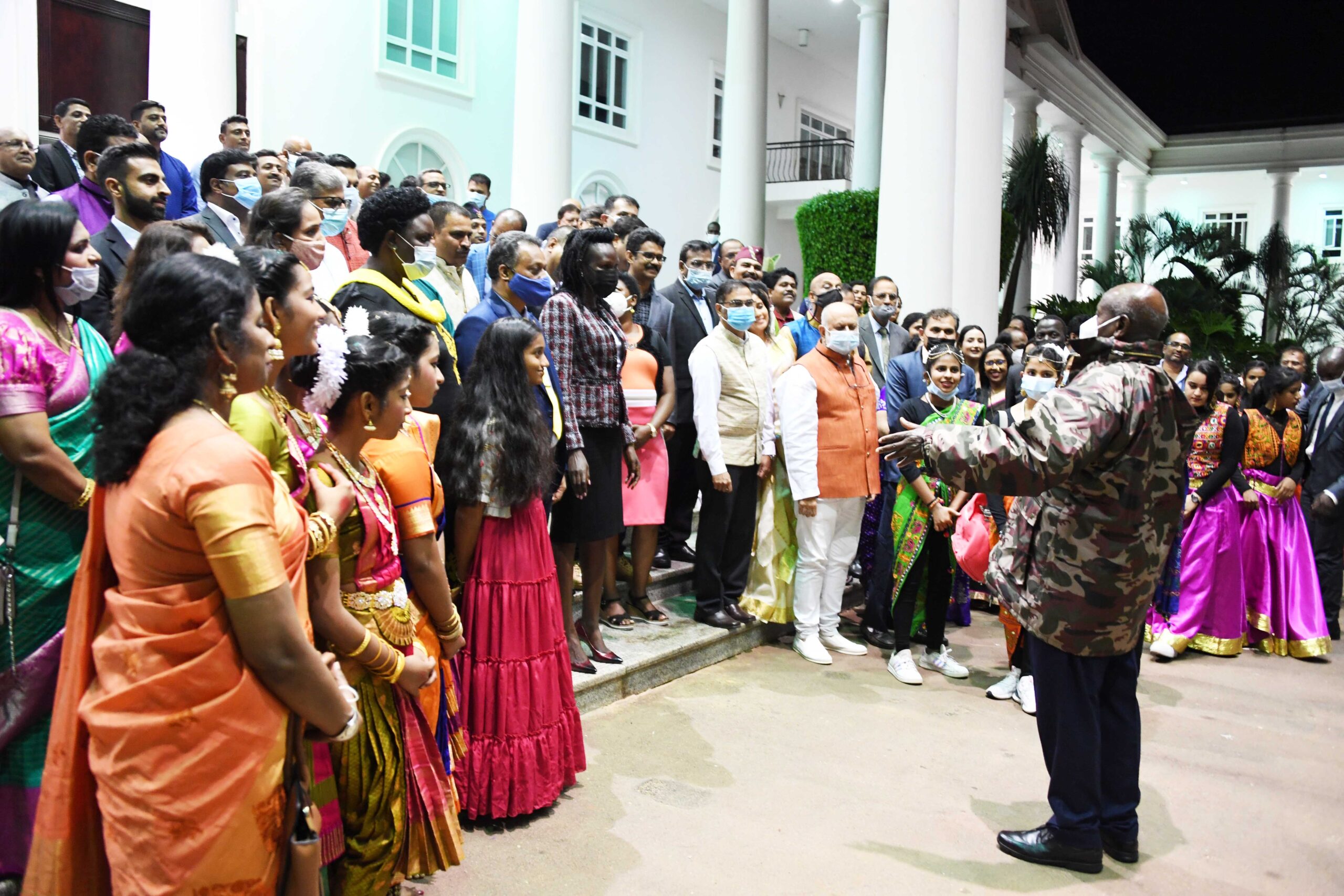 President Yoweri Museveni has saluted the Indian community in Uganda for their big contribution to the socio-economic development of the country through wealth creation.

“I congratulate you on your diwali this year and inform you that Ugandans who see very far are very happy with you people, you have made a very big contribution to our economy,” he said.

The President was speaking at the diwali dinner he hosted for the Indian community in Uganda last evening at State House Entebbe.

Diwali is an Indian festival that symbolises the spiritual victory of light over darkness among Indian community faiths in India; Hindus, Sikhs, Jain’s, Muslims and some Buddhists.

The President said that just like he celebrates Christians on Christmas and Muslims on Eid, he has to celebrate with Indians on their diwali day. 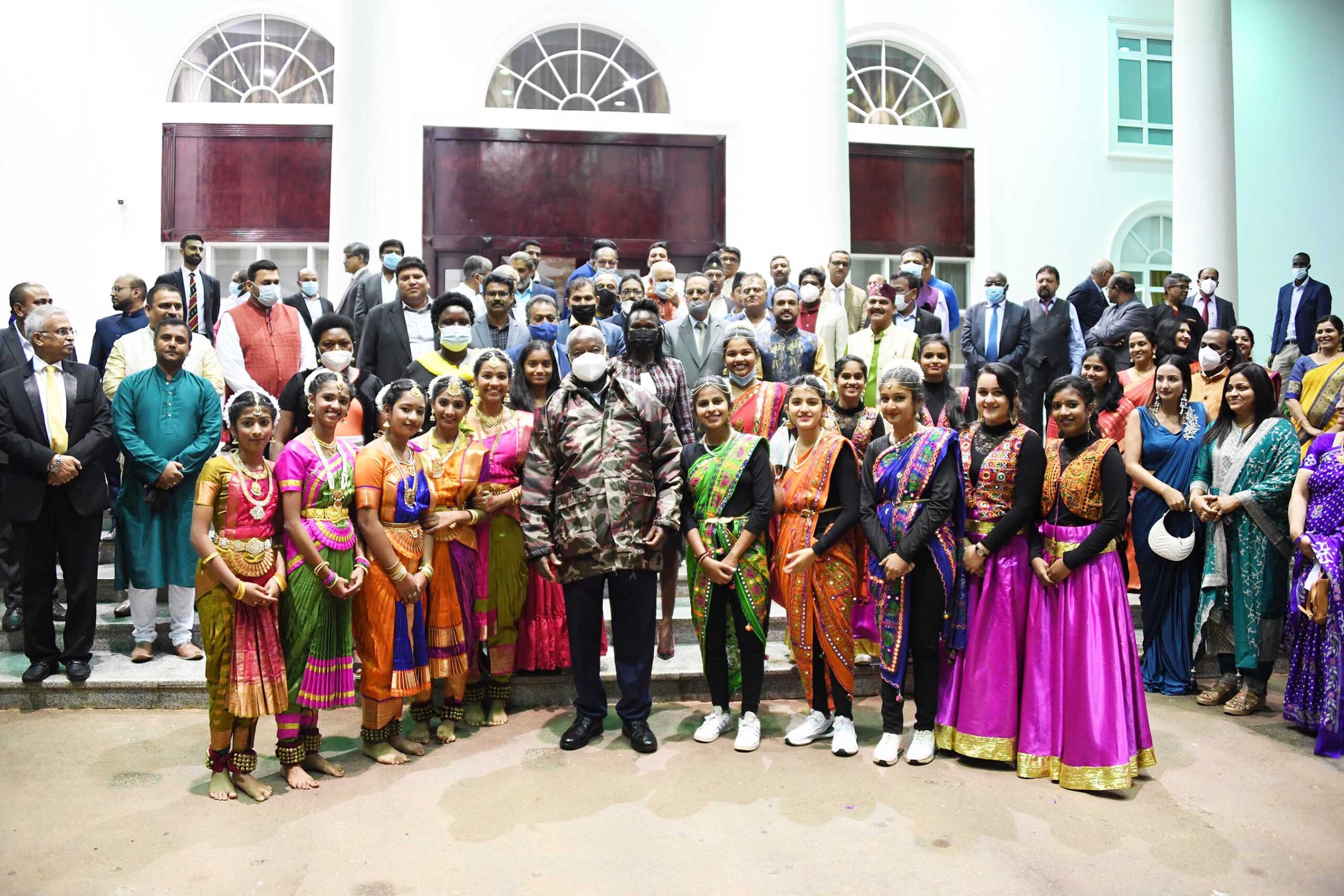 “We had initially four Indian families and we had no friction with them, the relationship was symbiotic because we were playing different roles in wealth creation, “he noted, saying that those who expelled Indians were parasites who did not value the chain of wealth creation.

Mr. Museveni pointed out that the wealth creators have no contradictions since they compliment each other referring to the Indian expulsion from Uganda being done by wealth consumers who had no clue on the production process.

Responding to the rumour on Ebola lockdown, President Museveni assured the Indian community that Ebola will be contained and allayed any fears of a lockdown.

“There will be no lockdown for Ebola,” he said. He asked the people to be more vigilant and observe the standard procedures put in place to control the spread of Ebola.

On the issue of citizenship, the President said there should not be issues on children whose parents are already citizens of Uganda. He said that even those who are not citizens but frequently come to Uganda for business should be given multiple/entry visas in the country.

The State Minister for Privatisation and Investment, Hon. Evelyn Anite saluted President Museveni for the conducive environment that has enabled Investment to thrive in the country.

The Indian High Commissioner to Uganda, H.E Ajay Kumar commented the excellent bilateral relations that Uganda and India continue to enjoy over the years. He appreciated the President for his continued support to the Indian community in the country.

The Chairman Indian Association in Uganda, Mr. G.N Mohan Rao saluted the President for his support to the Indian community. He said the invitation to celebrate with Indians is a symbol of togetherness and inclusion and a sign of success in the country.

Businessman Sudhir Ruparelia also extended his sincere appreciation   to the President for his generosity to celebrate with Indians on their diwali. He thanked the President for embracing different cultures and for creating conducive environment for business and peace in the country.