The biggest Potentially Hazardous Asteroid (PHA) in eight years has been discovered hiding in the sun’s glare. 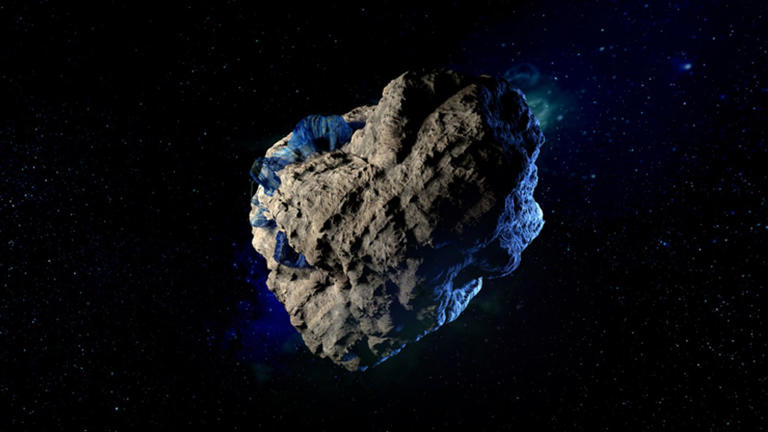 File pic of an asteroid© N/A

It’s estimated at 1.5km wide – nearly a mile – a size that astronomers class as “planet killers” due to the damage they can cause.

The rock is believed to be in the top 5% of largest-known PHAs.

The asteroid crosses the Earth’s own orbit, but there’s no need to panic for now: experts say any possible collision probably wouldn’t happen for a few thousand years.

The asteroids were detected using the Cerro Tololo observatory in Chile and detailed in a study in the Astronomical Journal.

“So far we have found two large near-Earth asteroids that are about 1km across, a size that we call planet killers,” said Scott S Sheppard from the Earth and Planets Laboratory of the Carnegie Institution for Science.

The other large asteroid has an orbit completely within the Earth’s own orbit, so won’t ever trouble us.

Finding asteroids in the inner Solar System is tricky because of the bright background from the sun’s glare. There are also only two 10-minute windows each night to conduct observations.

“Only about 25 asteroids with orbits completely within Earth’s orbit have been discovered to date because of the difficulty of observing near the glare of the sun,” said Mr Sheppard, lead author of the study.

The astronomer added: “There are likely only a few NEAs (near Earth asteroids) with similar sizes left to find, and these large undiscovered asteroids likely have orbits that keep them interior to the orbits of Earth and Venus most of the time.”

In September, NASA smashed a spacecraft into a much smaller asteroid (160 metres-wide) seven million miles away and managed to shift its orbit.

The experiment was intended to test whether action could be effective should the Earth ever be threatened by an incoming object.

The asteroid that fell to Earth as a meteorite and wiped out the dinosaurs by igniting wildfires thousands of miles from its impact zone is thought to have been at least six miles wide (10km), but may have been as much as nine miles (15km) across.