Rapper Takeoff has been shot dead at a party in Houston, Texas, his representative has confirmed. 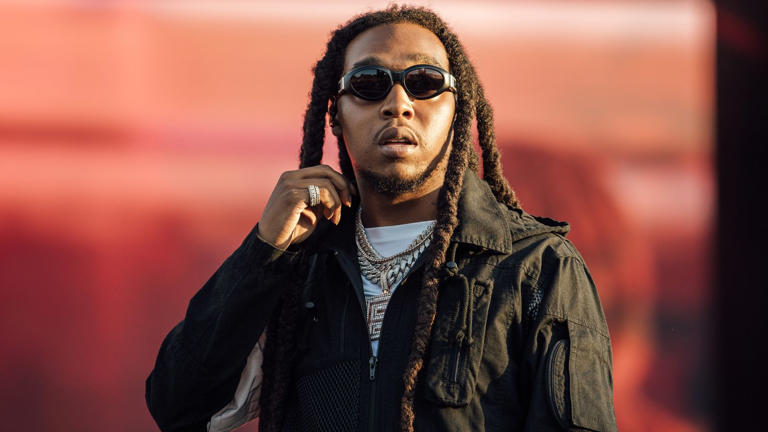 Migos rapper Takeoff has been shot dead at 28© Rex Features

Rapper Takeoff, 28, was fatally shot at the private event, which was held at a bowling alley.

Takeoff – whose real name is Kirshnik Khari Ball – was reported to have been playing dice with bandmate Quavo when the shooting occurred.

According to police, a man was shot in the head or neck.

Quavo – whose real name is Quavious Keyate Marshall – is understood to be unharmed.

Officers responded to reports of a shooting at 810 Billiards & Bowling shortly after 2.30am.

Two other people were also injured and taken to hospitals in private vehicles, police say.

Security guards who were in the area heard the shooting but did not see who did it, police lieutenant Ronnie Willkens said.

Along with fellow rappers Quavo and Offset, Takeoff is best known as a member of Migos, which has been credited as of the most influential rap groups of their generation.

Fans and friends were quick to pay tribute on Twitter, with boxer Chris Eubank Jr writing: “Can’t believe I’m having to say this again about another young black star being killed for no reason, something really has to change in the industry.”

Takeoff was born in Lawrenceville, Georgia, in 1994, and began performing with his uncle – Quavo – and cousin – Offset in 2008.

Initially calling themselves Polo Club, they switched to the name Migos in 2011. Versace, their first mainstream hit was released in 2013, and later remixed by Drake.

The group’s biggest hit was their 2016 collaboration Bad and Boujee, as well as MotorSport, with Nicki Minaj and Cardi B, and Walk It Talk It, with Drake. 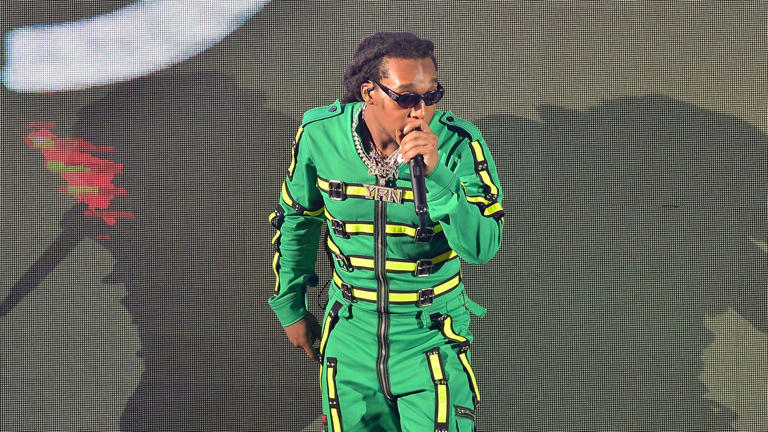 Takeoff performs on stage with Migos in 2018 PIC:AP© Associated Press

Takeoff released his only solo album – The Last Rocket in 2018.

Just weeks ago, Takeoff released record Only Built for Infinity Links as a duo with Quavo, without the third Migos member Offset.

Sky News has contacted representatives for Migos for comment.