Brazil’s far-right president Jair Bolsonaro has broken his almost two-day silence over his defeat in Sunday’s presidential election – but refused to congratulate or recognize the victory of his rival Luiz Inácio Lula da Silva. 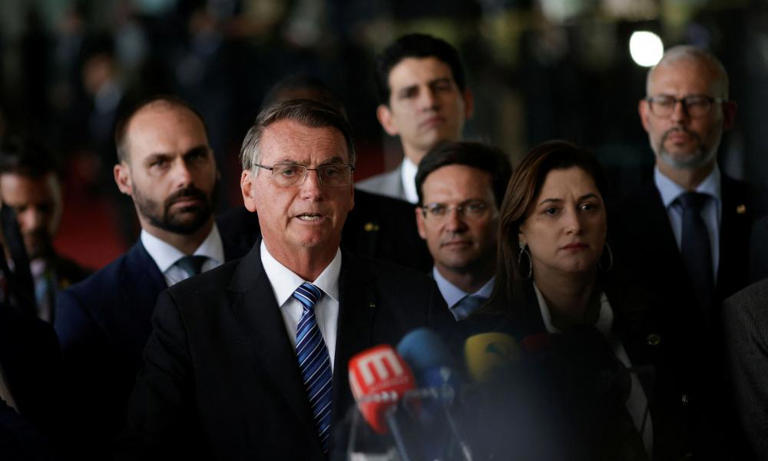 Bolsonaro lost what was widely seen as Brazil’s most important election in decades by a margin of 2.1m votes – 50.9% to 49.1% – and dozens of world leaders swiftly recognized Lula’s victory.

But Bolsonaro said nothing, with local media reports suggesting the erratic right-wing populist was holed up in his presidential residence consumed by anger, despondency and disbelief.

In a brief appearance on Tuesday afternoon Bolsonaro at last broke his silence, amid growing public indignation at his undemocratic stance.

“Our dreams are more alive than ever,” the 67-year-old told journalists who had been summoned to the Alvorada palace in the capital Brasília.

However, Bolsonaro, who is the first serving president to lose a re-election bid in Brazilian history, made no mention of the election’s winner and did not say whether he accepted the result.

He thanked the 58 million voters who had backed his failed campaign but did not explicitly say he would respect Lula’s win or allude to the 60 million people who voted for his opponent.

“As president and as a citizen I will continue to follow all the commandments of our constitution,” Bolsonaro said ambiguously.

Bolsonaro also alluded to baseless claims that Sunday’s election had not been fair. He said the post-election protests being staged by hardcore supporters – including using trucks and tires to block key highways – were the fruit of “indignation and a feeling of injustice about how the electoral process played out”.

“Peaceful protests will always be welcome,” Bolsonaro said, adding, however, that destruction and impeding people’s right to come and go was not acceptable.

After Bolsonaro had delivered his message, his chief of staff Ciro Nogueira indicated that his administration would not contest the election result.

“President Jair Bolsonaro … has authorized me that when provoked according to the law we will begin the transition process,” he said.

The political analyst Thomas Traumann said Nogueira’s remarks represented a formal recognition that Bolsonaro had lost the election and that there would be a change of power at the end of the year.

Traumann believed Bolsonaro’s refusal to categorically concede and his signal to protesters reflected a behind-the-scenes effort to secure some kind of informal amnesty that would shield him from prosecution once he steps down and loses presidential immunity.

Observers believe that after leaving power Bolsonaro could find himself exposed to a multitude of possible investigations and charges relating to fake news, anti-democratic behaviour, alleged corruption and his handling of a Covid pandemic which killed nearly 700,000 Brazilians.

“He is clearly afraid of prison … so what he’s trying to do is negotiate with the only card he has left, which is big street protests,” Traumann said.

Local reports suggest Bolsonaro is angling for a meeting with the members of Brazil’s supreme court as part of that supposed negotiation – but that the court’s justices have so far resisted. “He isn’t going to explicitly concede until he gets this meeting,” Traumann predicted.

On Tuesday morning the supreme court ruled that the federal highway police should “immediately take all measures” to clear the roads Bolsonaro supporters had illegally blocked.

Owners of lorries being used as barricades would be fined 100,000 reais (£17,000) for every hour they remained part of the blockade, the court said.

In São Paulo on Monday night, roads near the international airport, one of South America’s busiest, were backed up with traffic, leading some passengers to pull their luggage through the tailbacks on foot to try and catch their flights. More than two dozen flights were cancelled because pilots and crew could not reach the airport.