Euro 2022 winner Hannah Hampton has been dropped by England boss Sarina Wiegman due to her behaviour and attitude at the national team’s camps.

The 21-year-old Aston Villa goalkeeper, who deputised alongside Ellie Roebuck for England No 1 Mary Earps at the Euros, has not been called upon by Wiegman since the summer’s triumph and, according to the Guardian, is unlikely to be selected for national duty again under Wiegman.

Hampton has not featured for the Villains in five matches and finds herself embroiled in controversy after flouting team orders to stay away from her side’s most recent Women’s Super League clash against Chelsea on Sunday. Villa boss Carla Ward cited an unspecified incident that occurred on Saturday for Hampton’s omission from the squad, adding that the exclusion was “in the best interests of the team”.

However, Hampton made her own way to the stadium and posted a picture from the Chelsea home end onto her Instagram story with the caption “let’s go team #utv (Up the Villa)”.

According to the report by the Guardian, Hampton’s behaviour and attitude has historically stirred problems within England’s age-grade sides and at club level. Hampton was omitted from England’s September World Cup qualifiers against Austria and Luxembourg, with Wiegman owing Hampton’s absence to “some personal issues that she has to solve so for her at this moment it’s better for her to stay at her club”.

Hampton was left out again for the Lionesses’ friendlies against the USA and the Czech Republic in October and is set to be excluded from Tuesday’s squad announcement for matches in November against Japan and Norway in Spain. 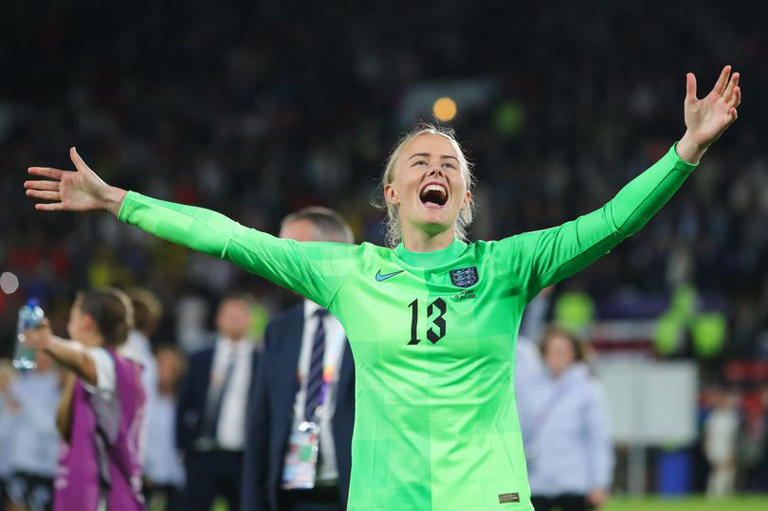 The stopper featured in Villa’s first two matches of the season but was sidelined through injury for the four subsequent matches. Hampton was available for selection for Sunday’s trip to Kingsmeadow.

Ward warned in the build up to Villa’s match against the reigning WSL champions that there was no guarantee Hampton would return to the starting line-up due to the performances of reserve goalkeeper Anna Leat.

“Anna Leat has done exceptionally well. There’s been a lot of talk about “Is Hannah back? Is Hannah back?” and I think it’s highly disrespectful to the quality of Anna Leat and how well she’s played,” Ward said on Friday,” she said. Villa were defeated 3-1 by Chelsea, leaving them eighth in the table.