Company that renovated collapsed India bridge made clocks and e-bikes

Indian police investigating the bridge collapse that led to more than 140 deaths arrested nine people on Monday, as it emerged that the company that renovated it had no experience in the construction industry. 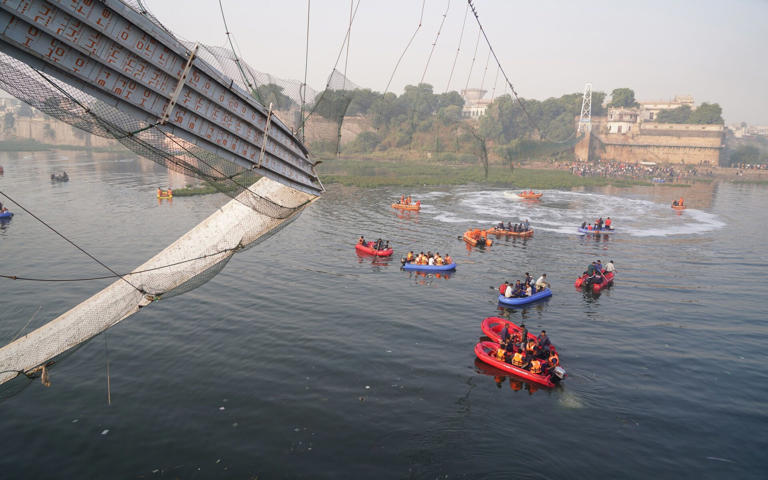 The nine – two executives, three security guards, two ticket sales clerks and two contractors – were all associated with the Oreva Group, which renovated the bridge. They were being investigated for culpable homicide not amounting to murder, Ashok Kumar Yadav, a senior police officer, said in a statement.

The Oreva Group’s website, which is now unavailable, made no mention of prior work in industrial engineering or construction. Instead, the firm produced products, including lights, battery-operated bikes, home appliances and electrical items such as telephones, calculators and LED TVs.

Officials in the Morbi district of the western state of Gujarat said the bridge, which had originally been built during British rule in the 19th Century, had also been reopened to the public by the Oreva Group without first obtaining a mandatory safety certification from the local authorities.

On Sunday night, tickets to cross the renovated bridge, which spans the Machchu River, were sold at 17 rupees for adults and 12 rupees for children. 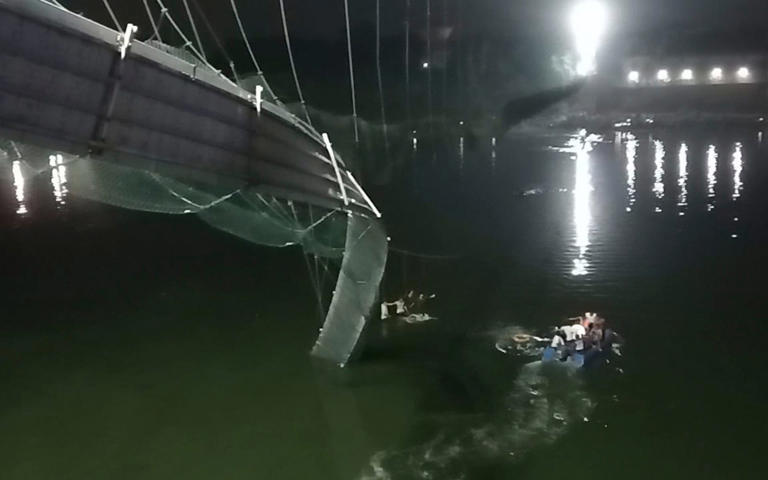 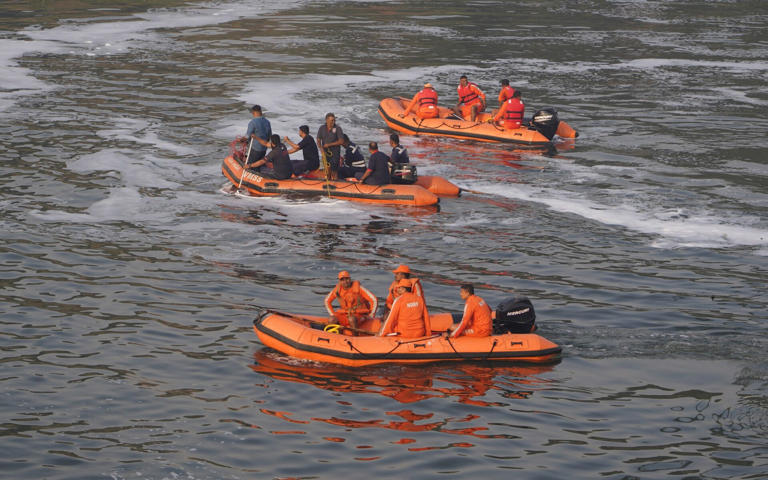 Around 500 people, largely women, children and the elderly were crossing the bridge to attend celebrations for the Hindu festival of Diwali, despite the bridge only having capacity to hold around 125 people.

It is common for construction firms in India to bypass safety regulations or for the authorities to hand lucrative contracts to family and friends. Deadly infrastructural and industrial accidents are commonplace.

Videos shared on social media showed the bridge collapsing into the heavily polluted waters below after several revellers appeared to try and shake it, causing its metal support cables to snap.

The authorities in Gujarat are continuing to carry out search and rescue efforts in the river on Monday afternoon. So far, at least 141 people have been confirmed dead while around 100 others remain missing. 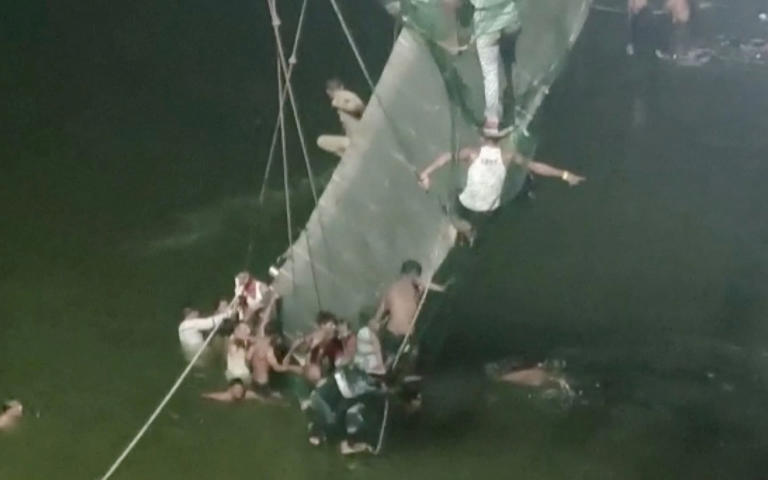 Residents of surrounding villages described ripping up their own clothes in an attempt to pull drowning people from the waters, while rescue efforts were hampered by high-levels of silt and debris in the river.

India’s Prime Minister, Narendra Modi, who is from Gujarat, has said that he will visit the site of the horrific incident on Tuesday, while Rahul Gandhi, a senior politician in India’s leading opposition Congress Party has called for a full investigation into the disaster.

One Gujarati MP, Rajkot Mohan Kundariya, from India’s ruling Bharatiya Janata Party, said he had lost at least 12 family members, including his sister, in the tragedy.