KAHINDA OTAFIIRE LAUNCHES PROGRAM FOR SCREENING HIV, TB AND MALARIA AT POLICE STATIONS TO PREVENT SPREAD OF THE DISEASES IN THE CRIMINAL JUSTICE SYSTEM 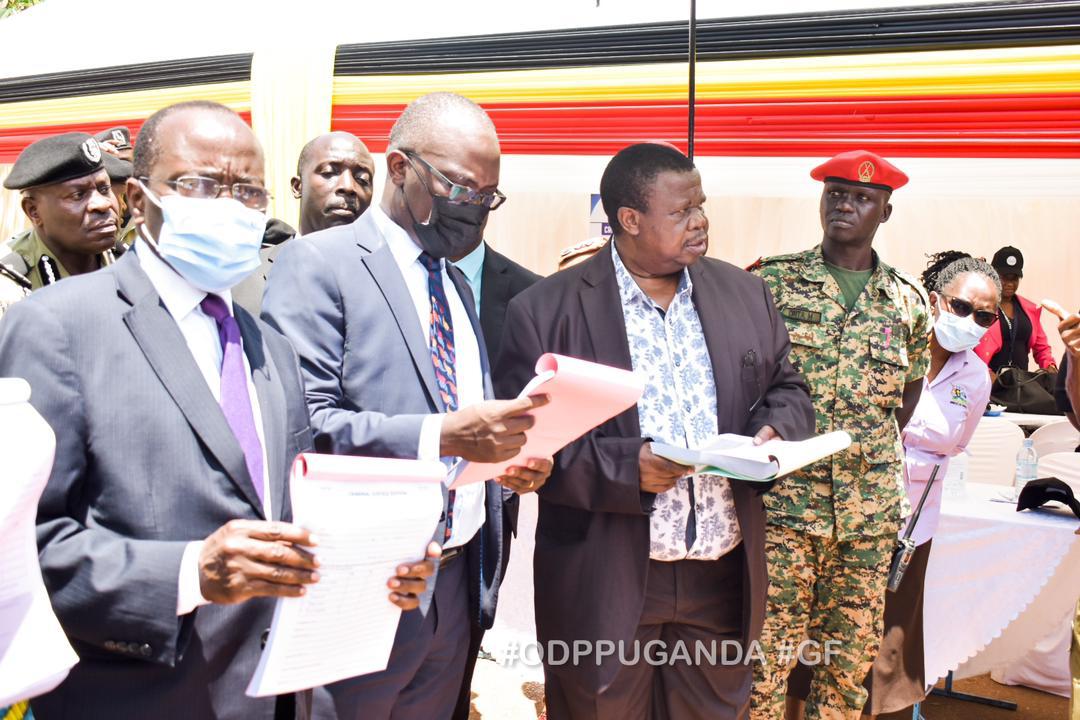 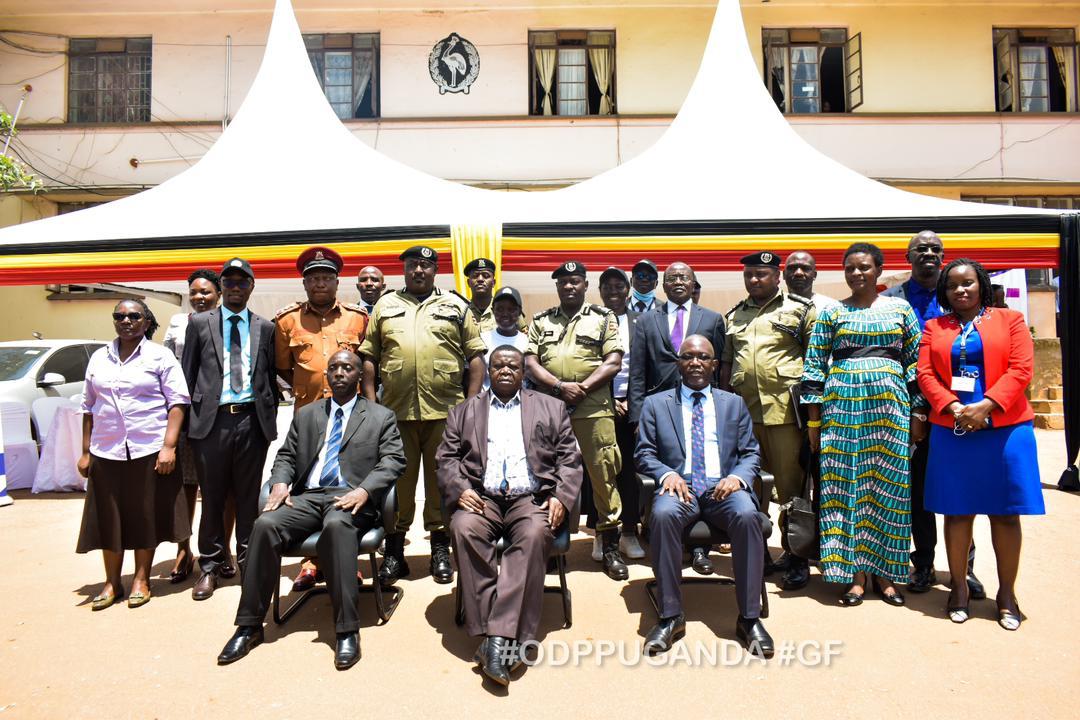 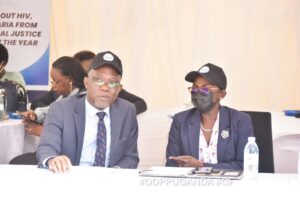 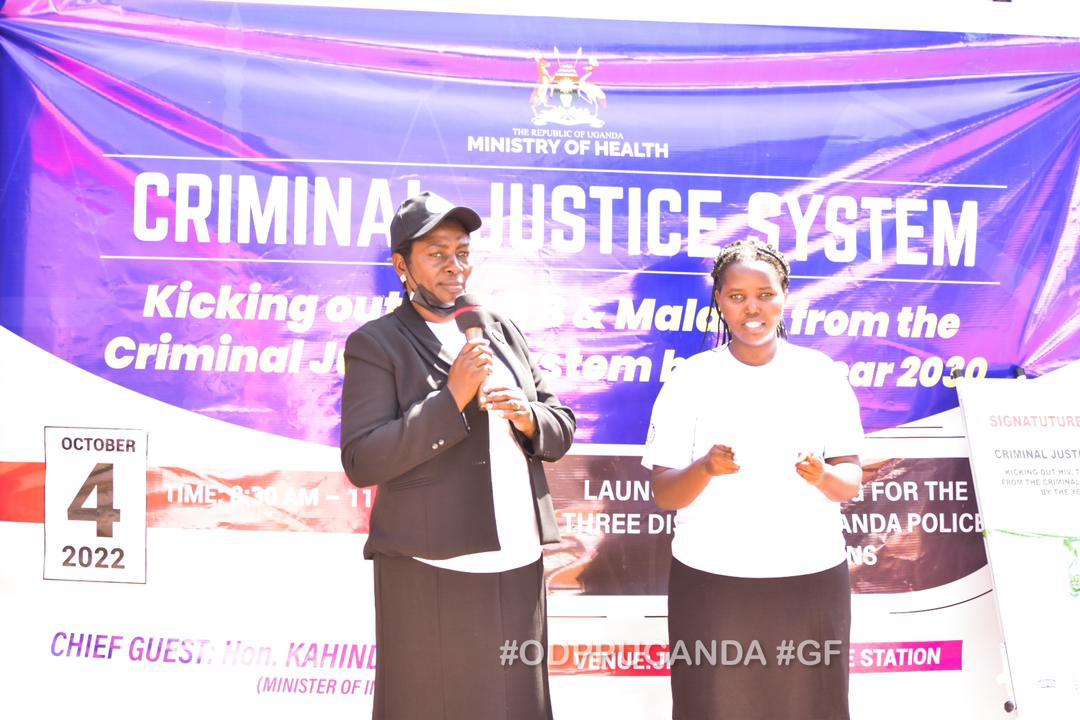 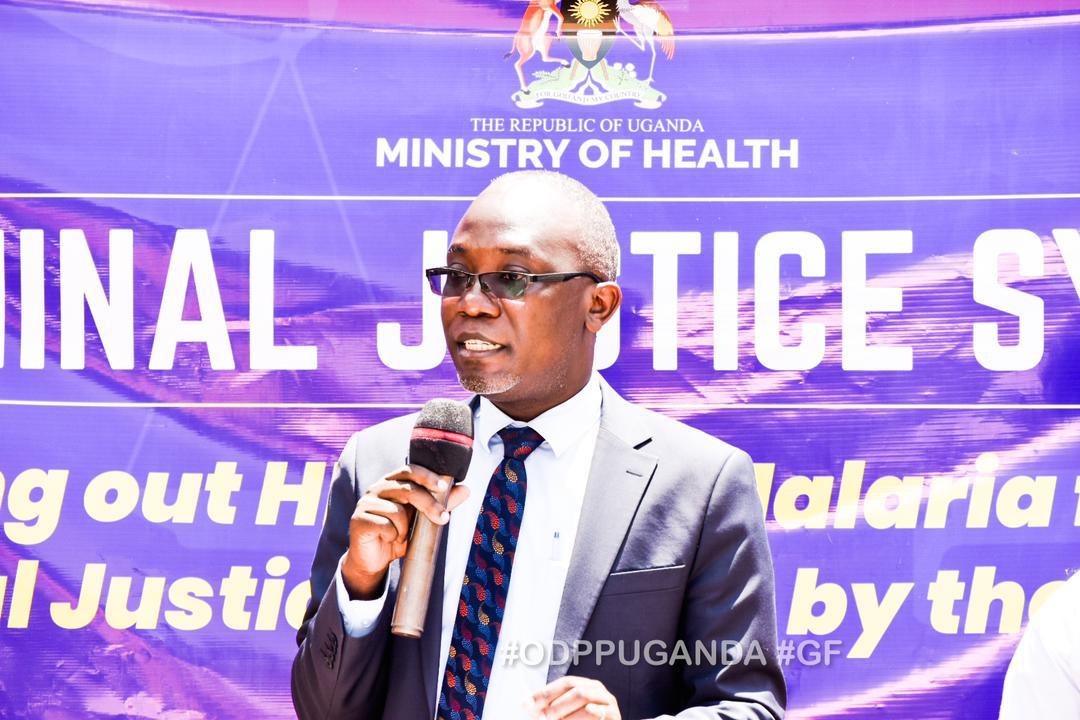 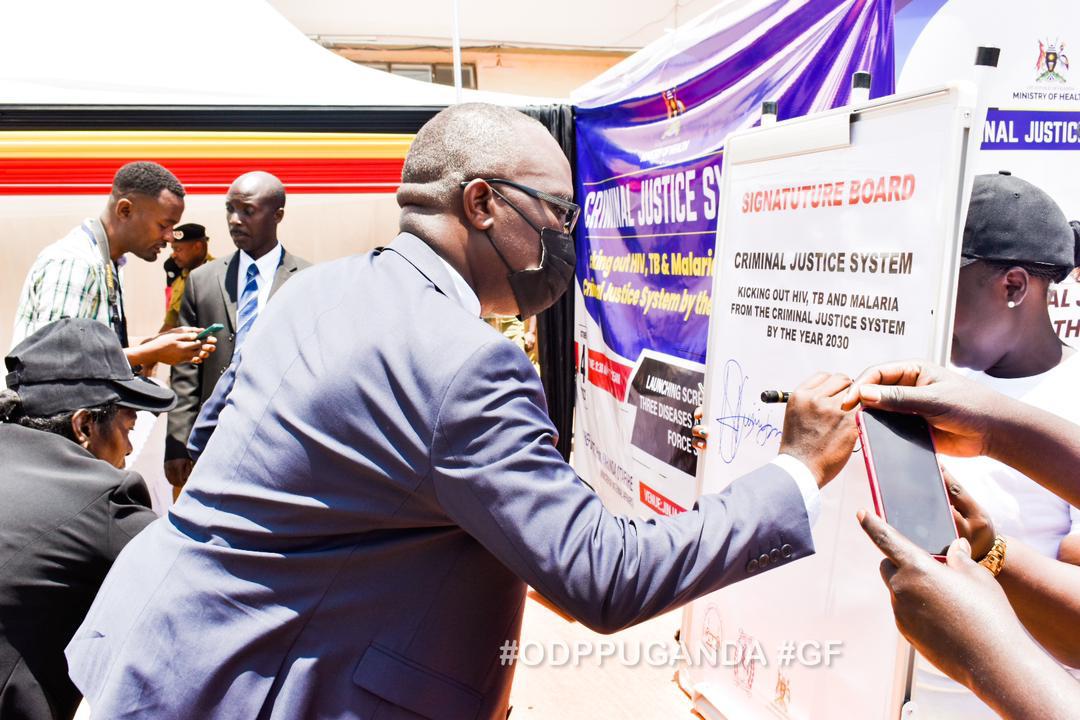 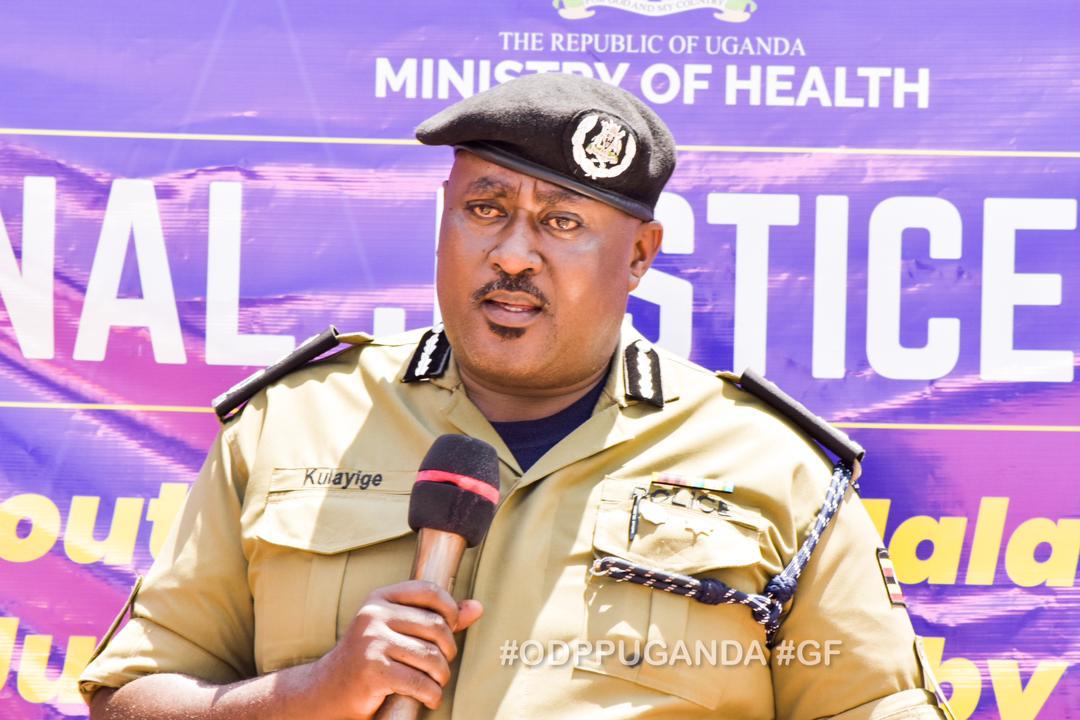 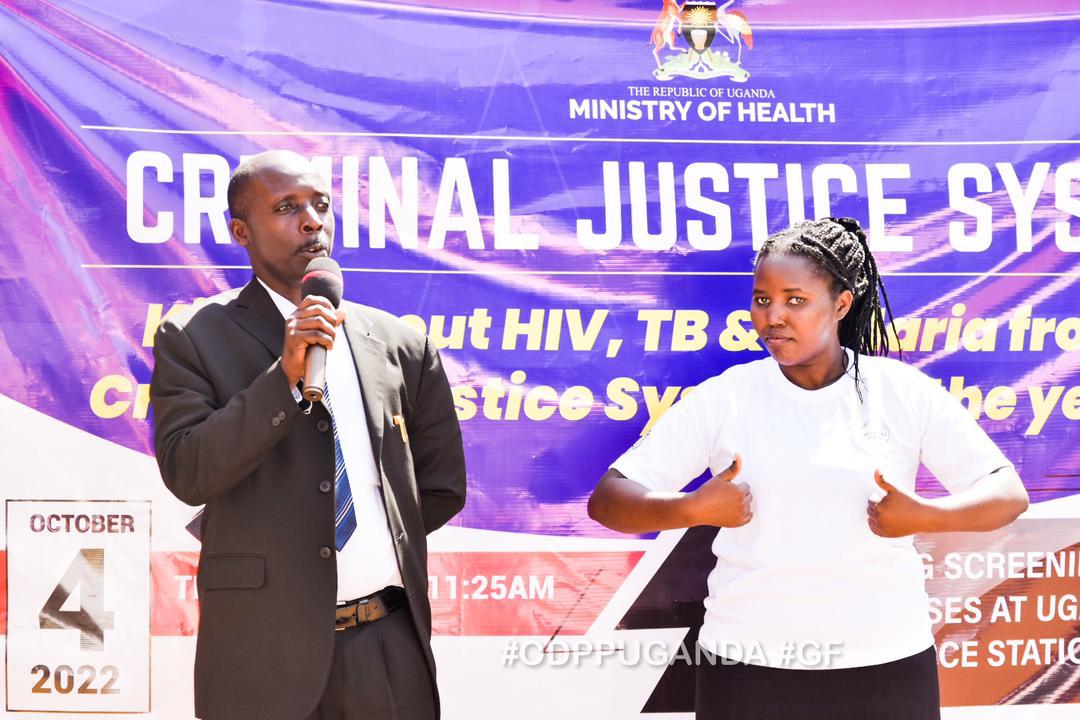 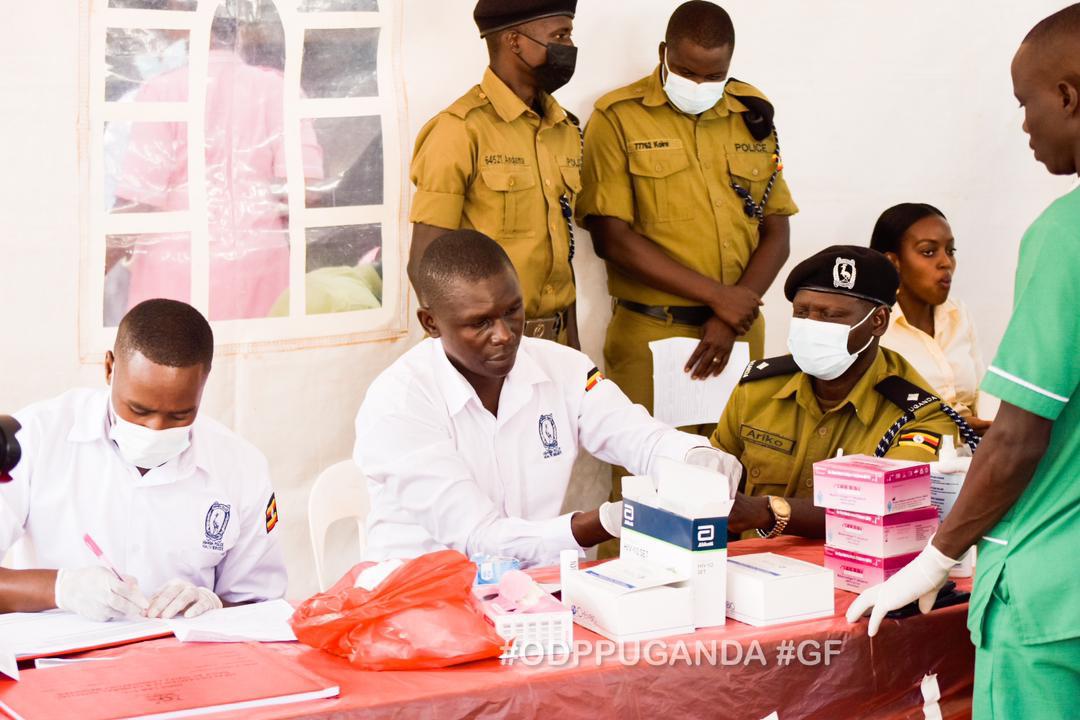 The screening program aims at ensuring the right to health for employees of the
Criminal Justice System, victims of crime and suspects through screening of
suspects for early detection of the aforementioned three diseases for effective
treatment and referral, so as to curb their spread within the Criminal Justice
System. The Criminal Justice System comprises the Uganda Police Force, Office of
the Director of Public Prosecutions, Judiciary (Criminal Bench) and Uganda Prisons
Service.
The program was developed by the Office of the Director of Public Prosecutions
with support from the Global Fund. The Office of the Director of Public
Prosecutions and the Uganda Police Force with guidance from the Ministry of
Health developed the IEC materials. The Ministry of Health HIV–Program,
Infectious Diseases Institute joined to support the launch.

In his address, Rtd. Gen. Kahinda Otafiire stated, “The idea of identifying the sick
at the entry into the Criminal Justice System will enable proper management of the
sick so that they can undergo trial with strength.” He further stated that the
Ministry is working on expansion of the capacity of holding cells for all inmates.
Mr. Byansi George William, the Deputy Director of Public Prosecutions who spoke
on behalf of the DPP Jane Frances Abodo explained the importance of ensuring the
good health ofsuspects of crime by stating thatthey go through the Criminal Justice
System, interact with all stakeholders therein and could therefore pause a risk to
them, if infected. He also pointed out the need to address the issue of congestion in
cells through the plea bargain program and alternative non–custodial sentencing
measures.
CP Kulayigye Hillary appreciated the Office of the Director of Public Prosecutions
for initiating the program noting that it would benefit the Uganda Police Force
immensely considering the fact that it is the entry point for suspects of crime. He
also appreciated the Global Fund for funding the program.
Dr. Stavia Turyahabwe, Program Manager of the TB and Leprosy Program in the
Ministry of Health emphasized the need for collaboration, fighting stigma and
building awareness amongst the people involved in the program.
The screening program will be implemented in Kampala Metropolitan at the
following Uganda Police Force stations; Jinja Road, Kira Road, Kira Division,
Kawempe, Katwe, Kabalagala, Kasangati, Kajjansi, Entebbe, Nagalama, Mukono,