Uganda’s President Museveni yesterday had no kind words for Legislators in the European Parliament. 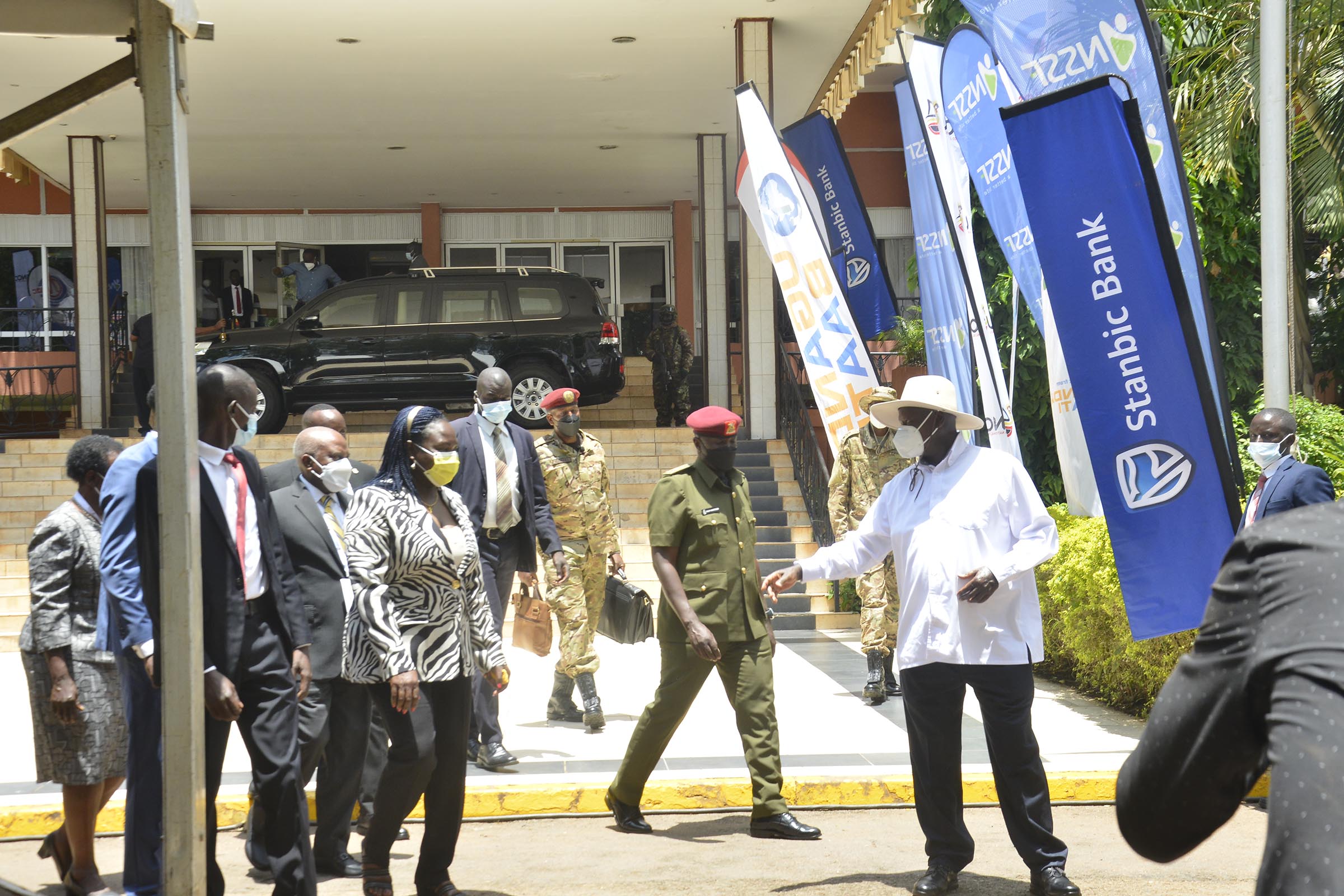 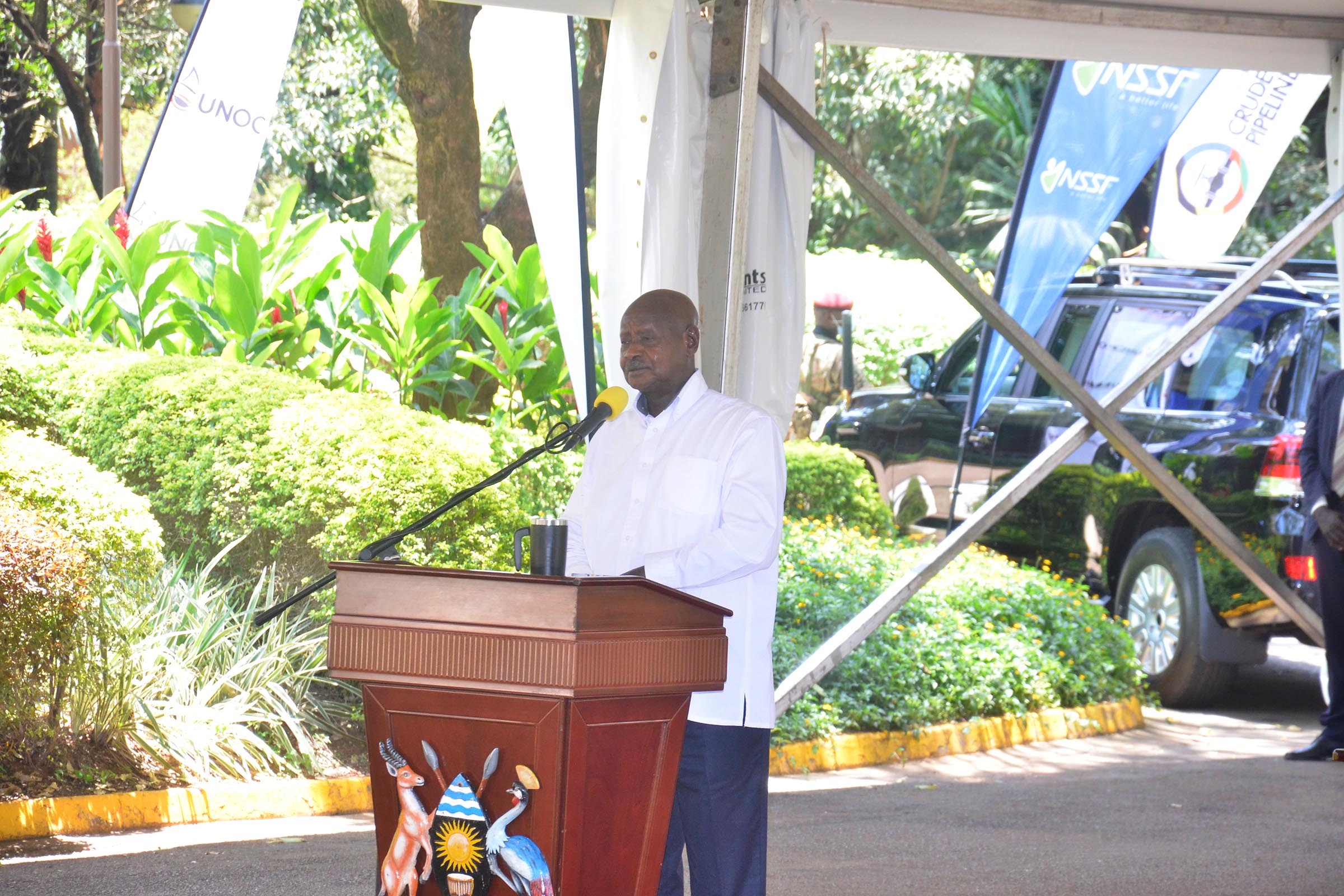 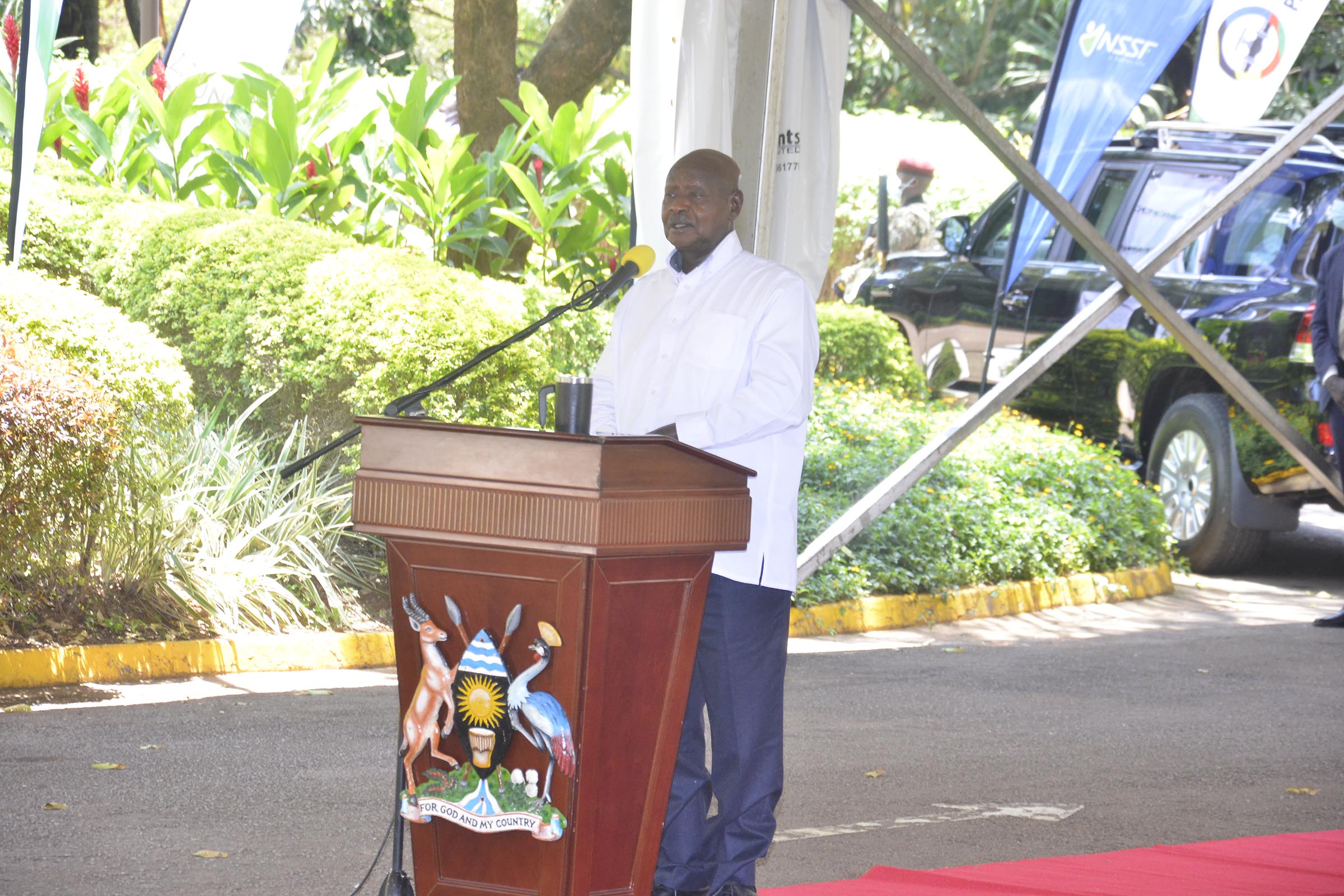 He came out strongly and scoffed at the young law makers saying then do not know much about Africa especially Uganda to start disctating on What Uganda should do.The Europeans should concetrate on what  to do in their land.”I went there and saw them but they do not know much as they think.Iam not ignorant as some people think.Iam informed on these things on oil.Therefore,we shall proceed as before. 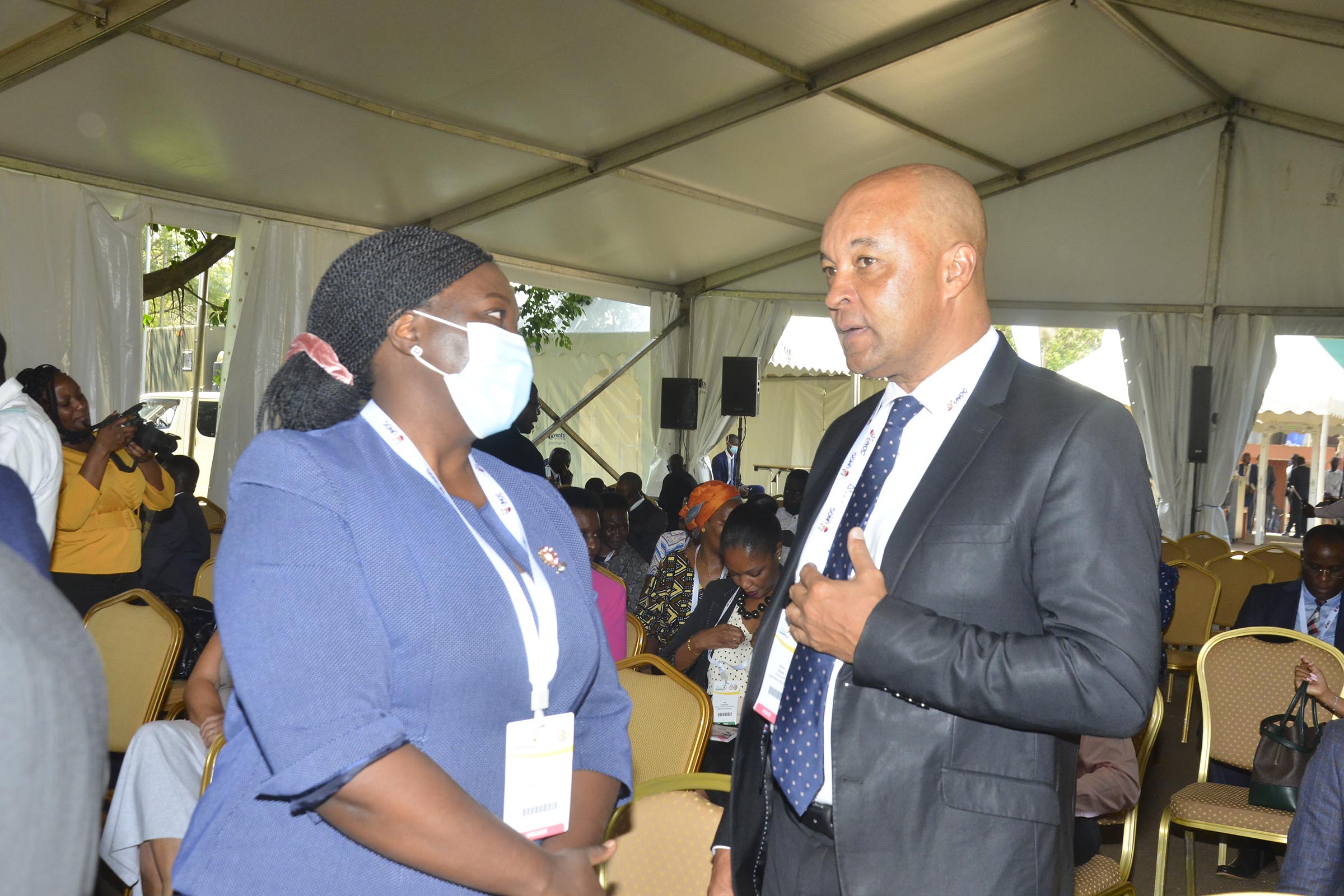 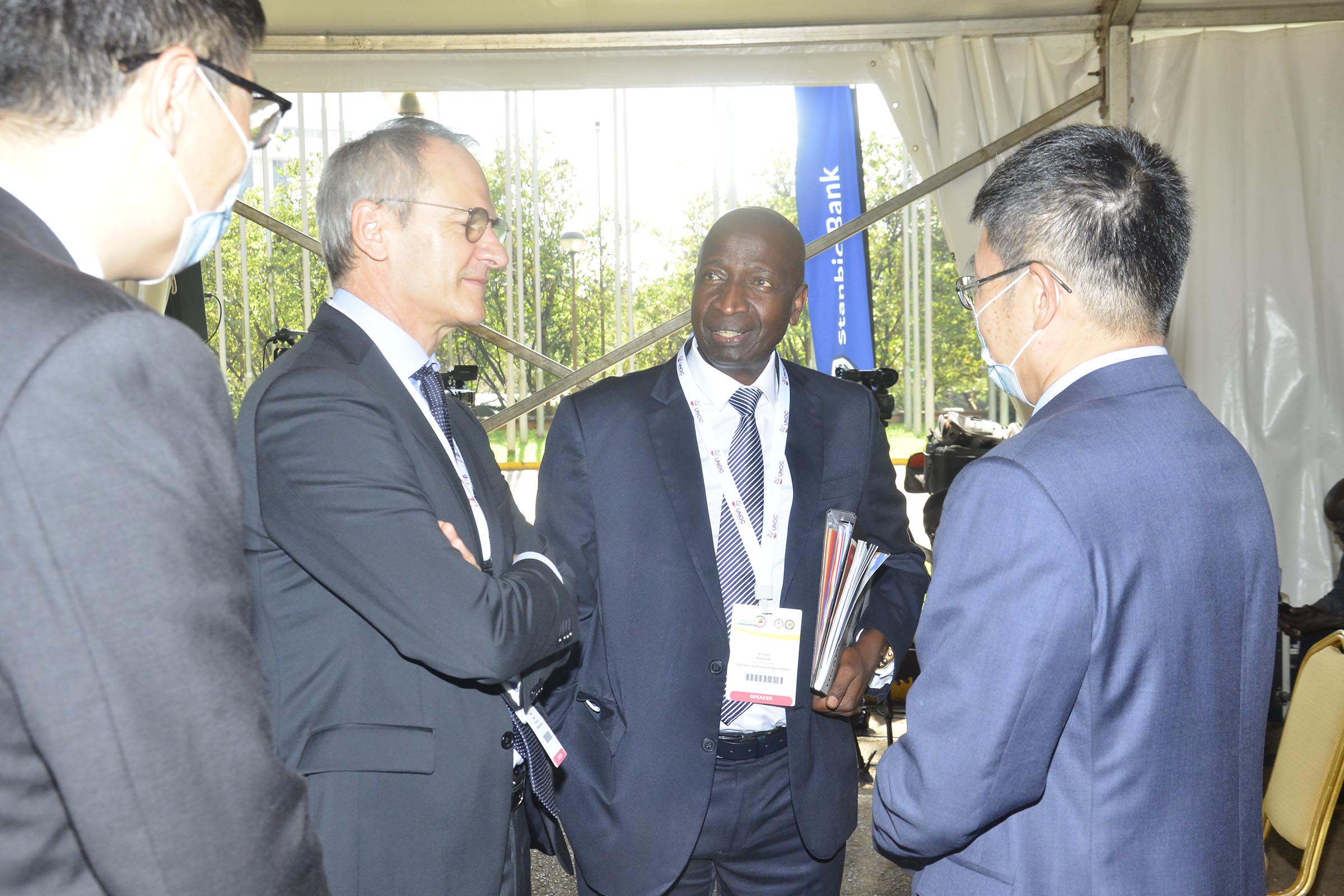 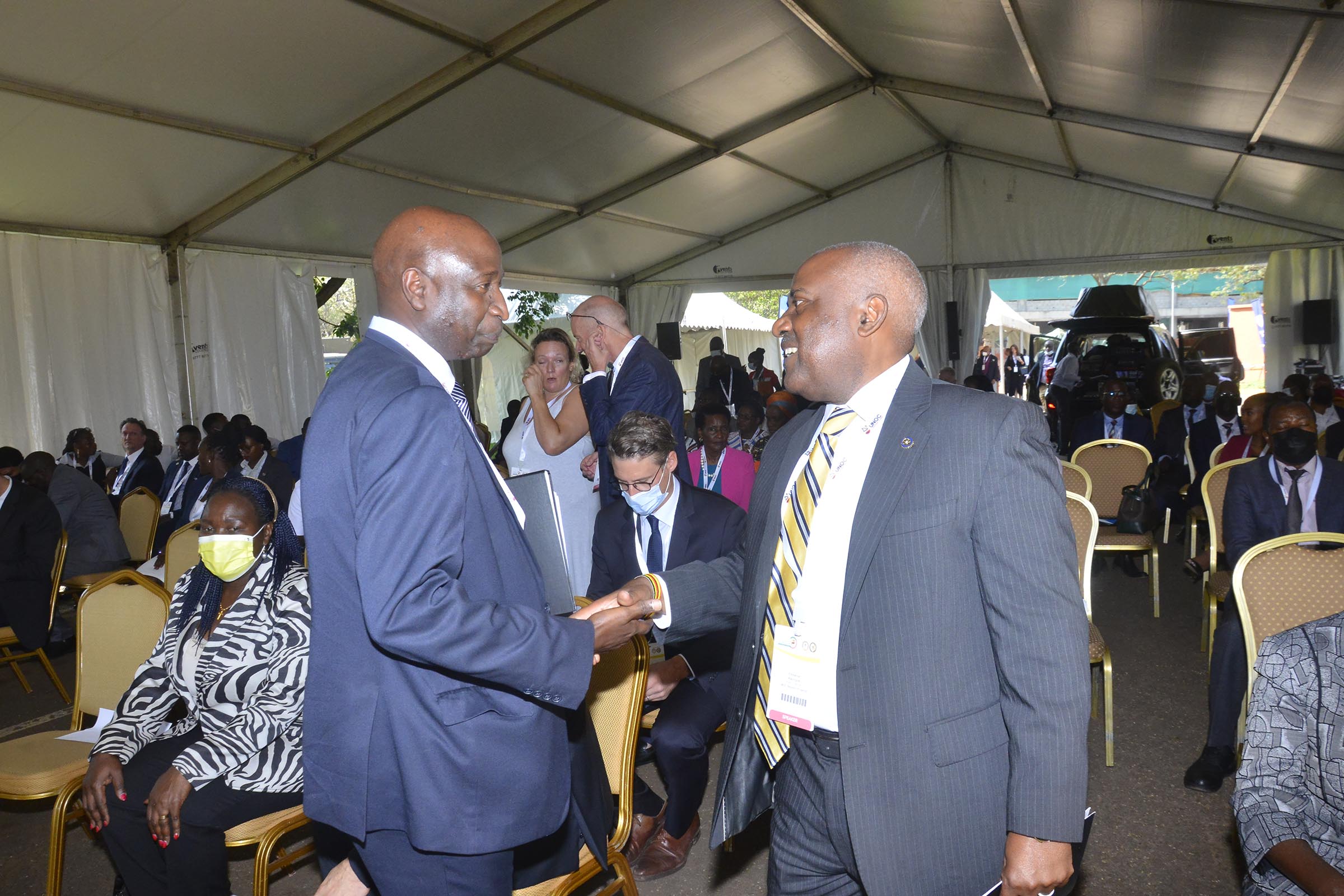 The Executive Director Of of Petroleum Authority Of Uganda Ernest Rubondo (L) with the Board Chairman Of Uganda National Oil Company (Unoc) Emmanuel Katongole.Photo by Ronald Kabuubi/KMA Updates. 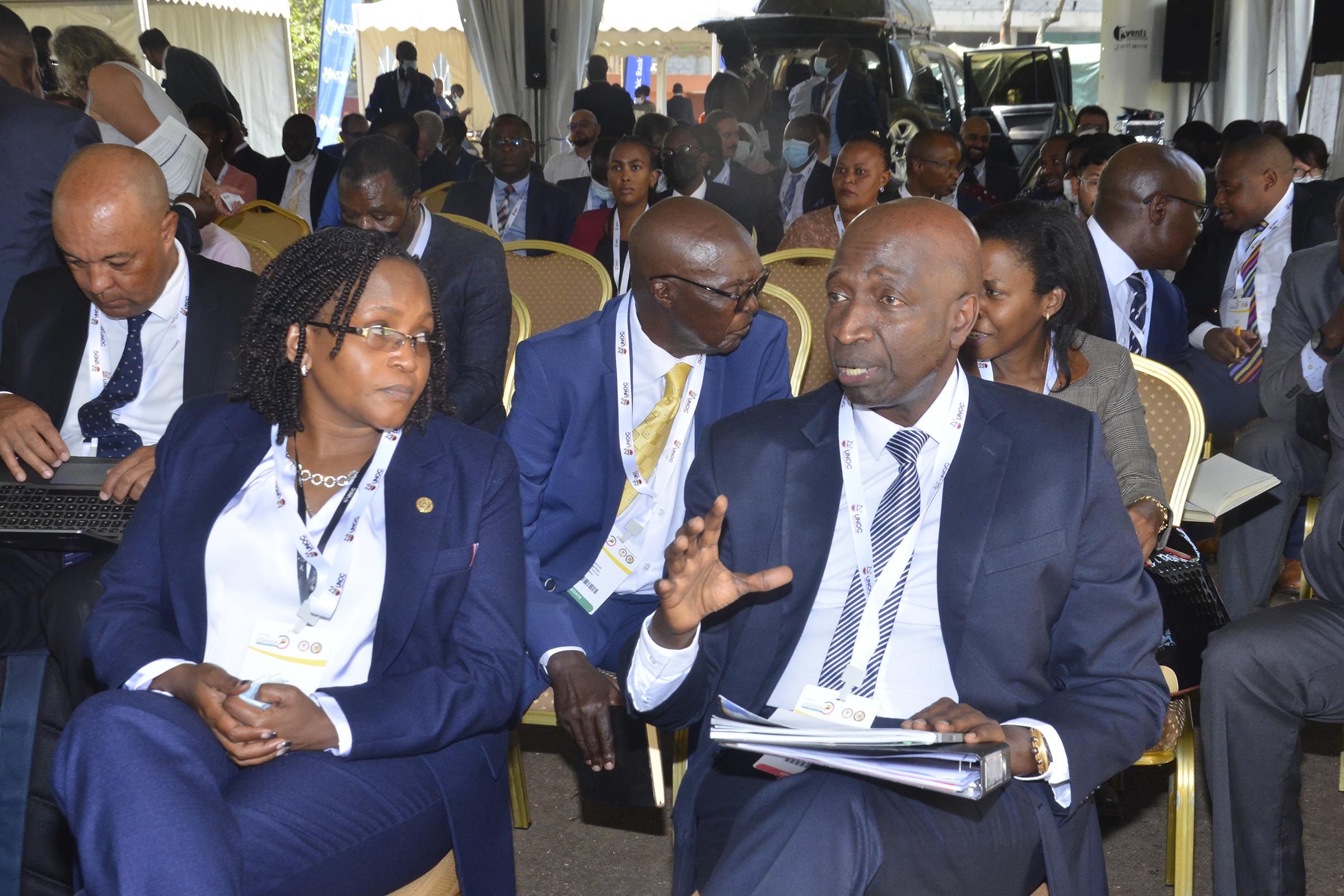 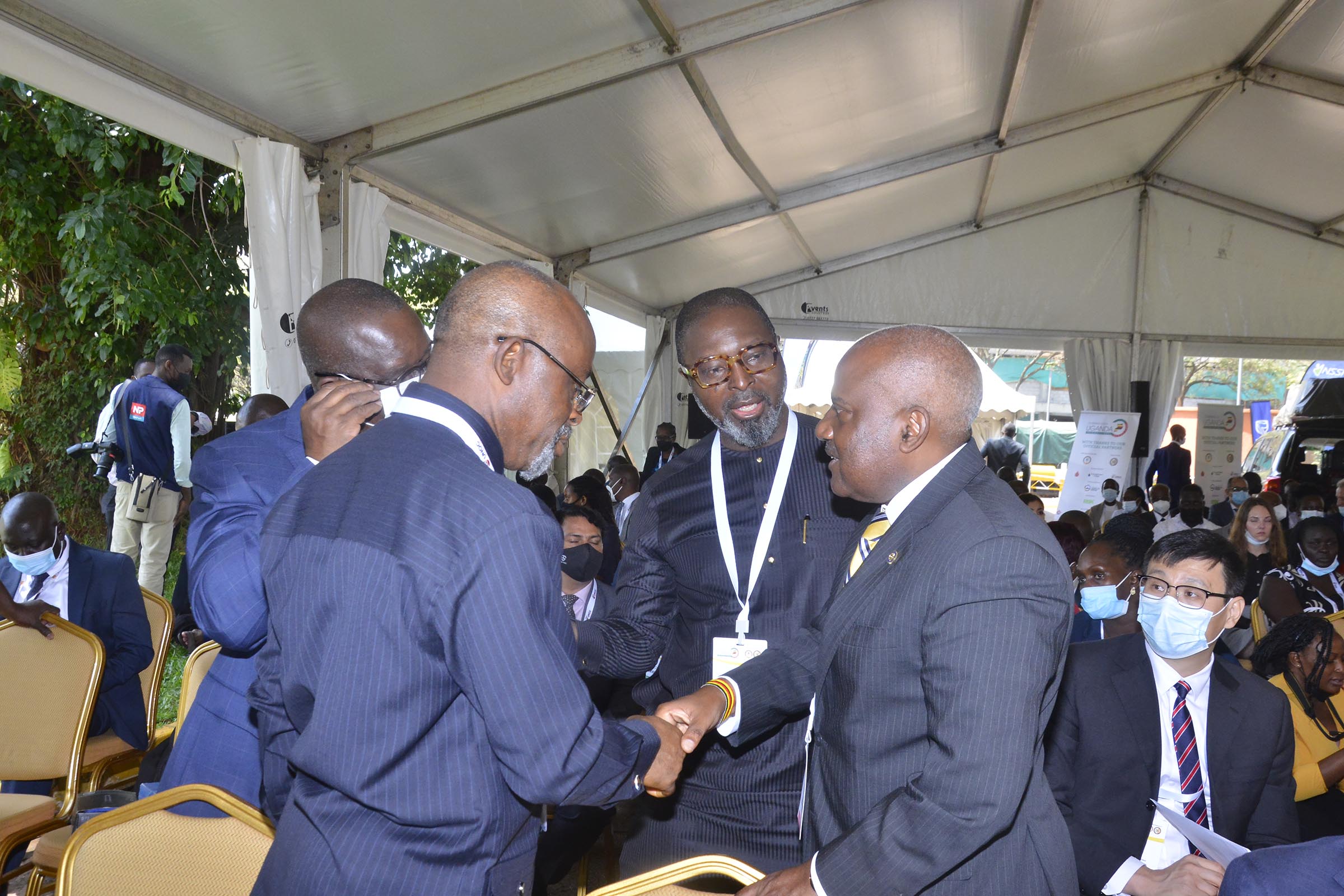 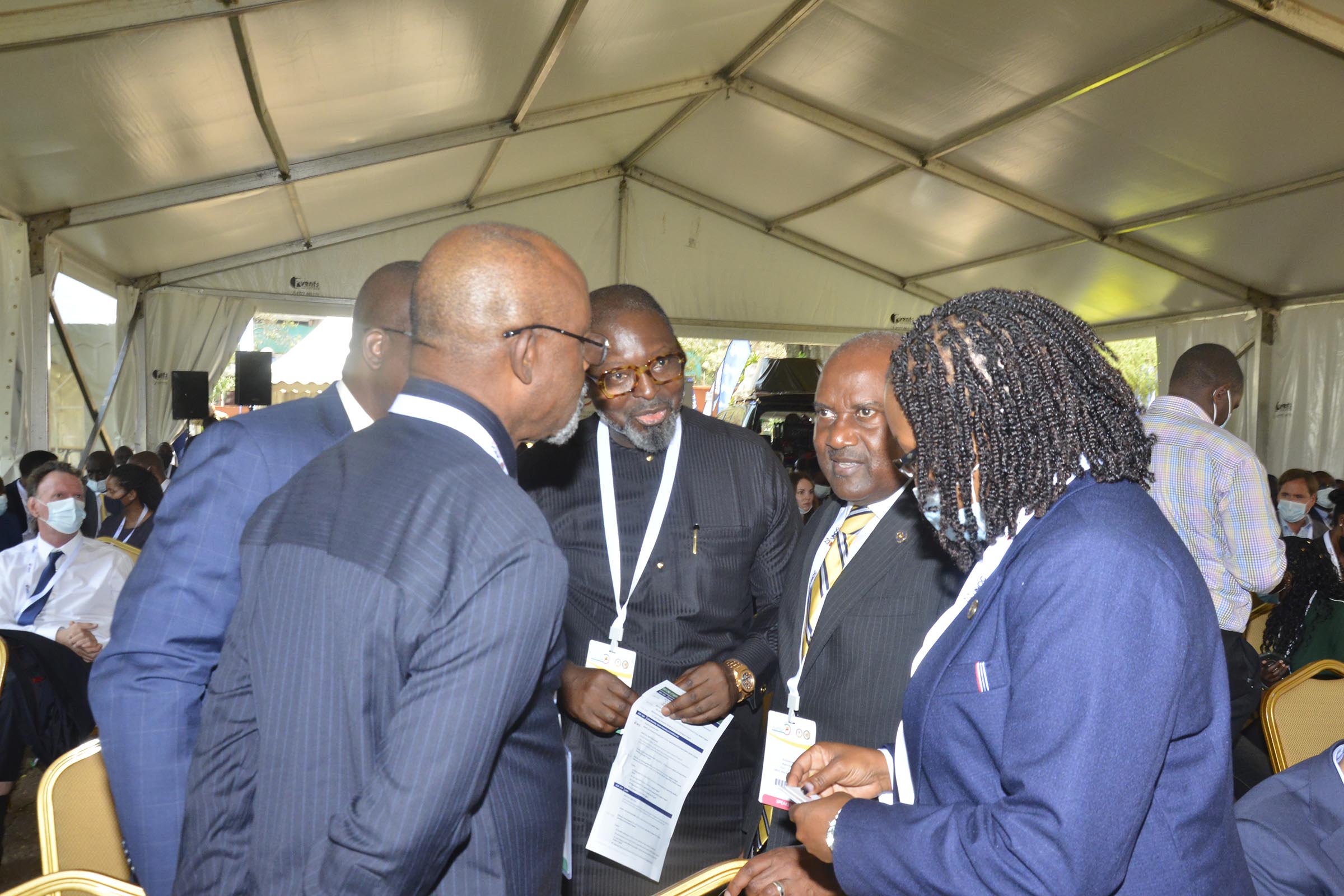 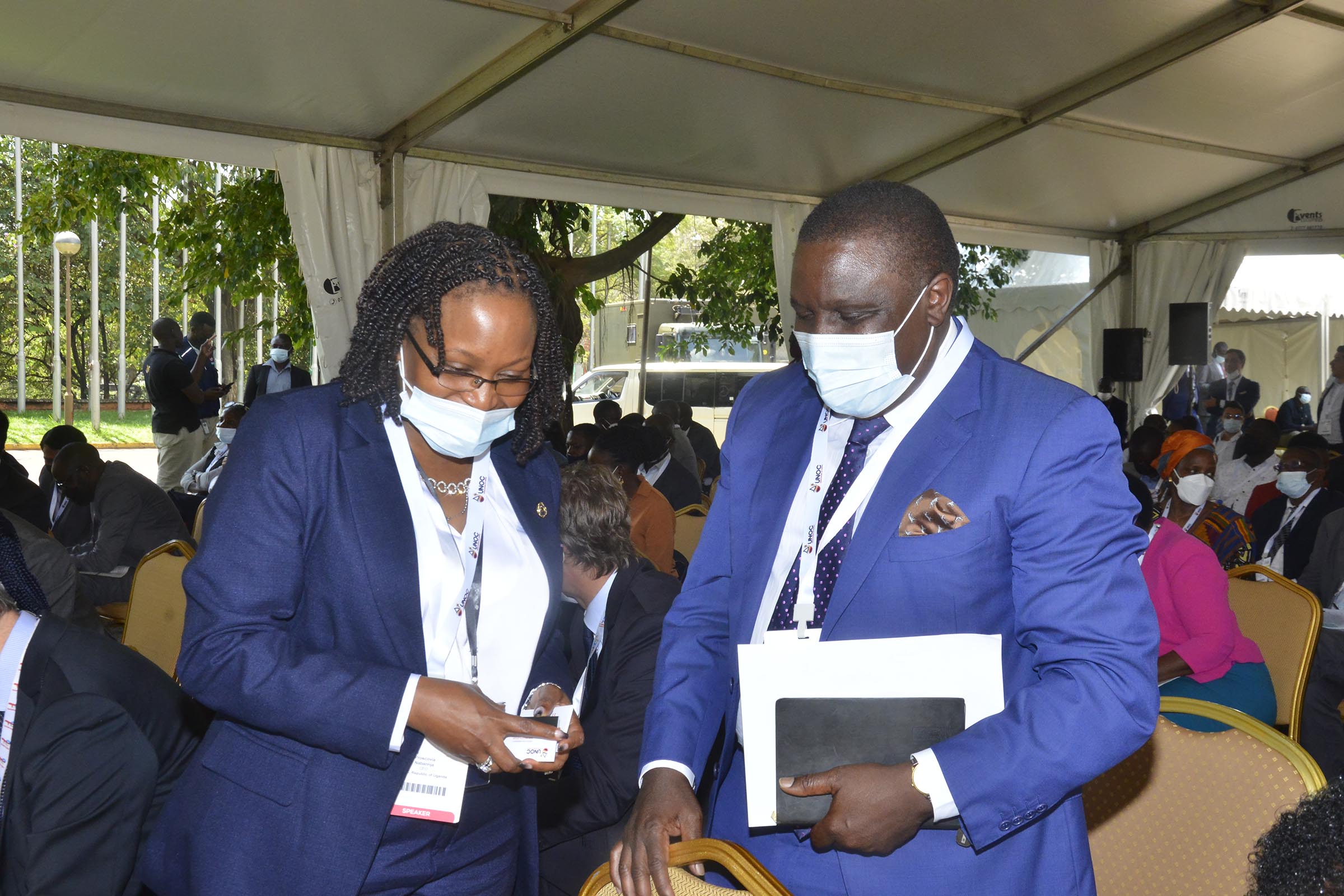 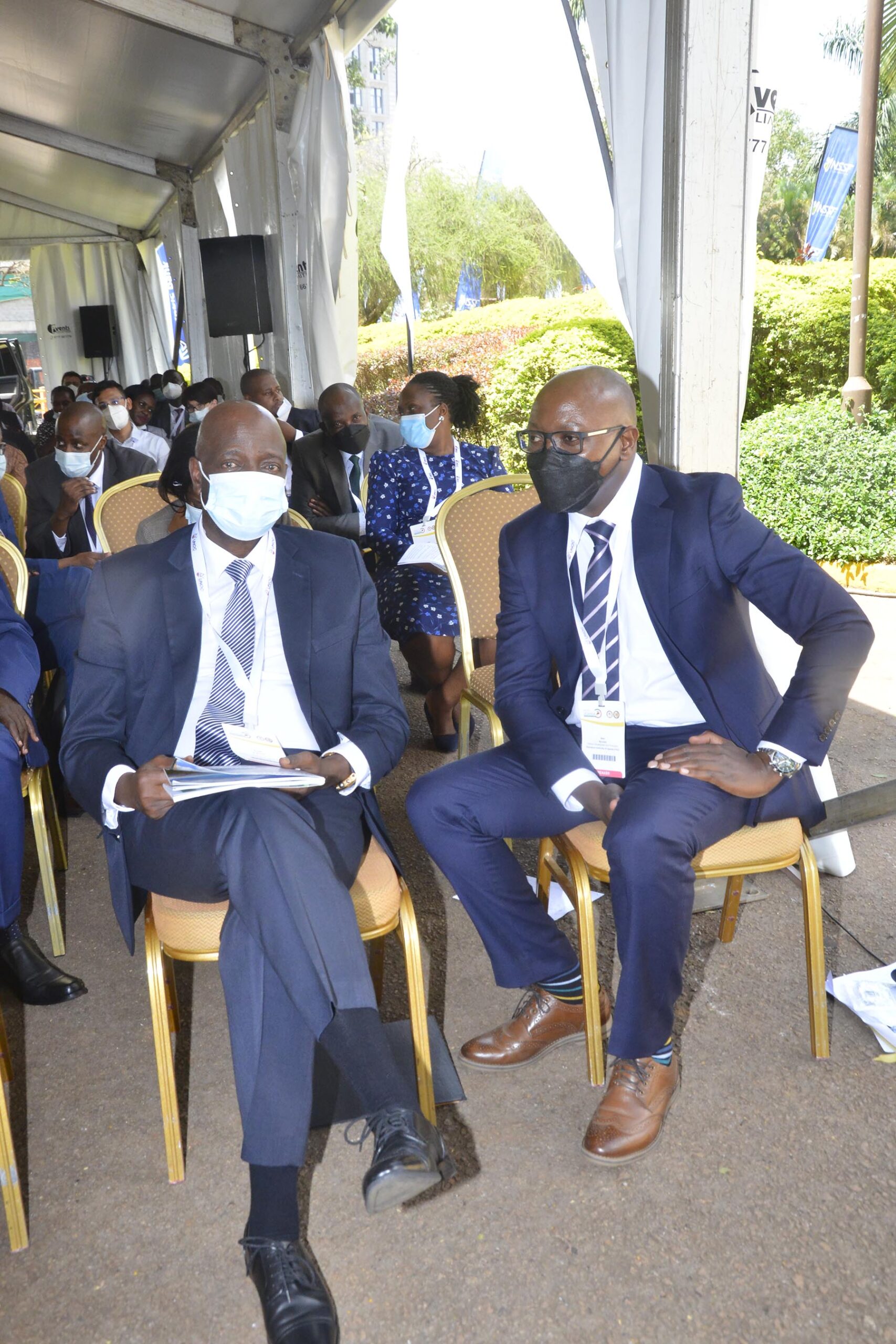 The Executive Director Of of Petroleum Authority Of Uganda Ernest Rubondo with Alex Nyombi,the Director  Development and Production of PAU.Photo by Ronald Kabuubi/KMA Updates. 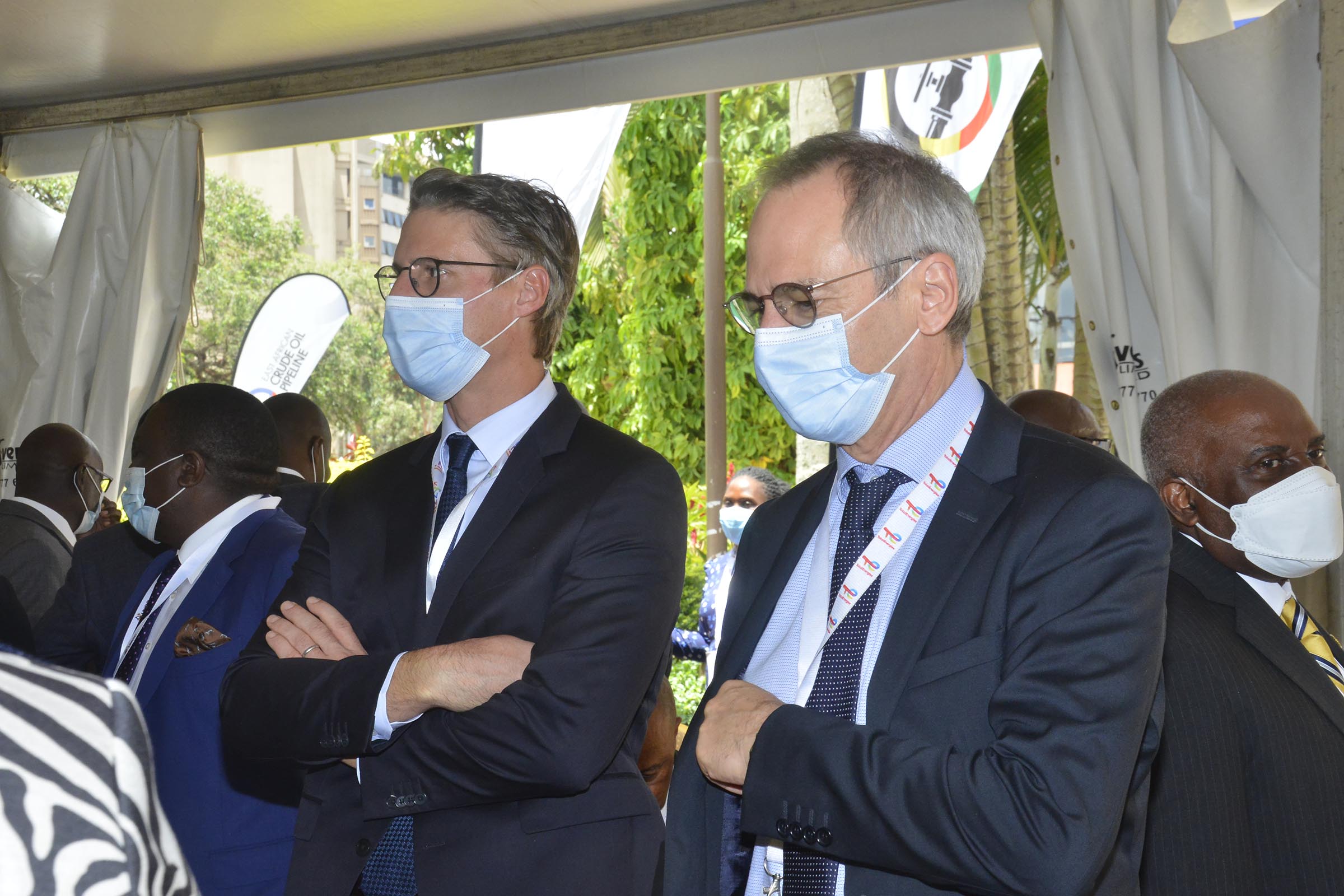 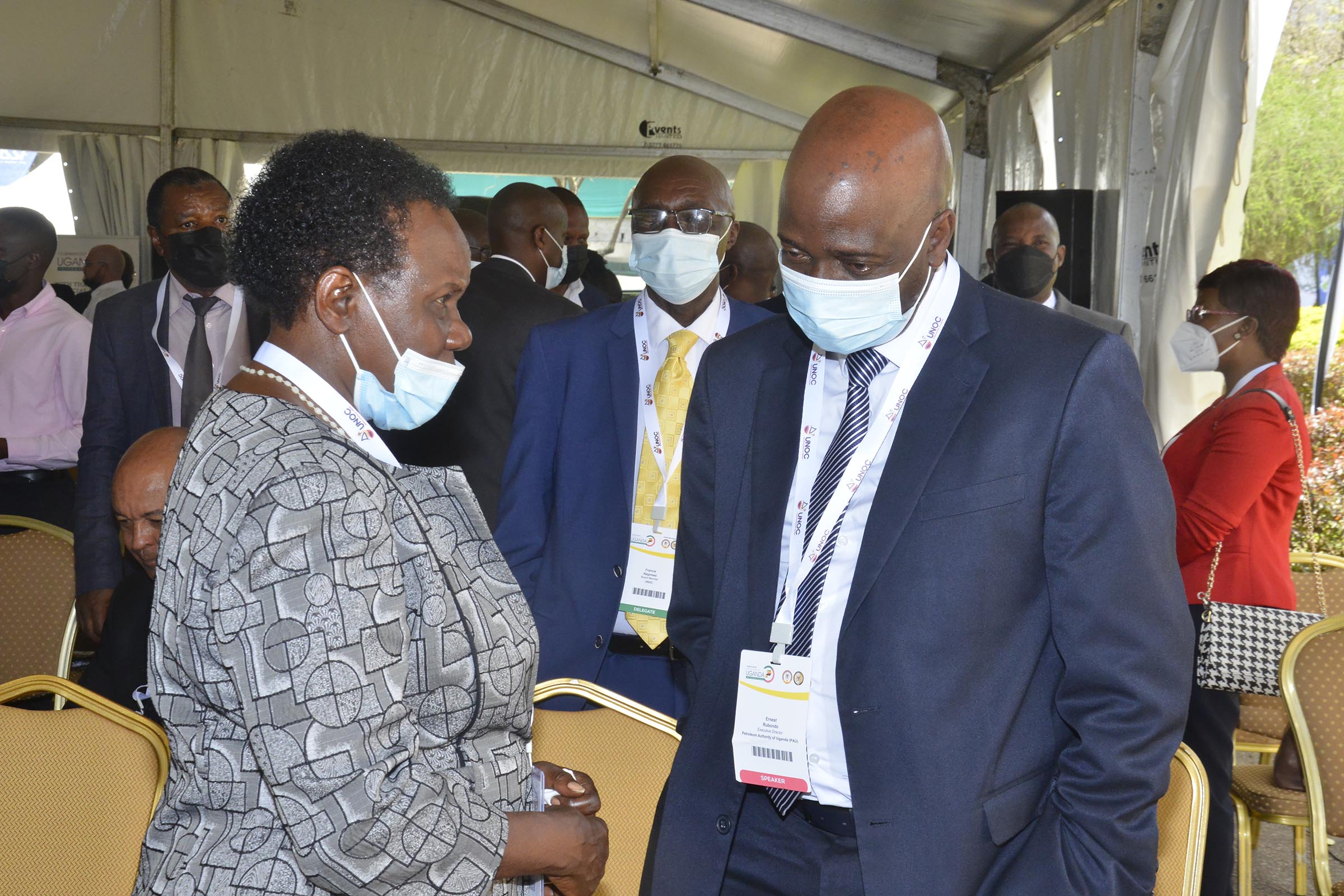 The Executive Director Of of Petroleum Authority Of Uganda Ernest Rubondo with  with the Board Chairperson of  UNOC. Ms. Jane.N. Mulemwa.Photo by Ronald Kabuubi/KMA Updates. 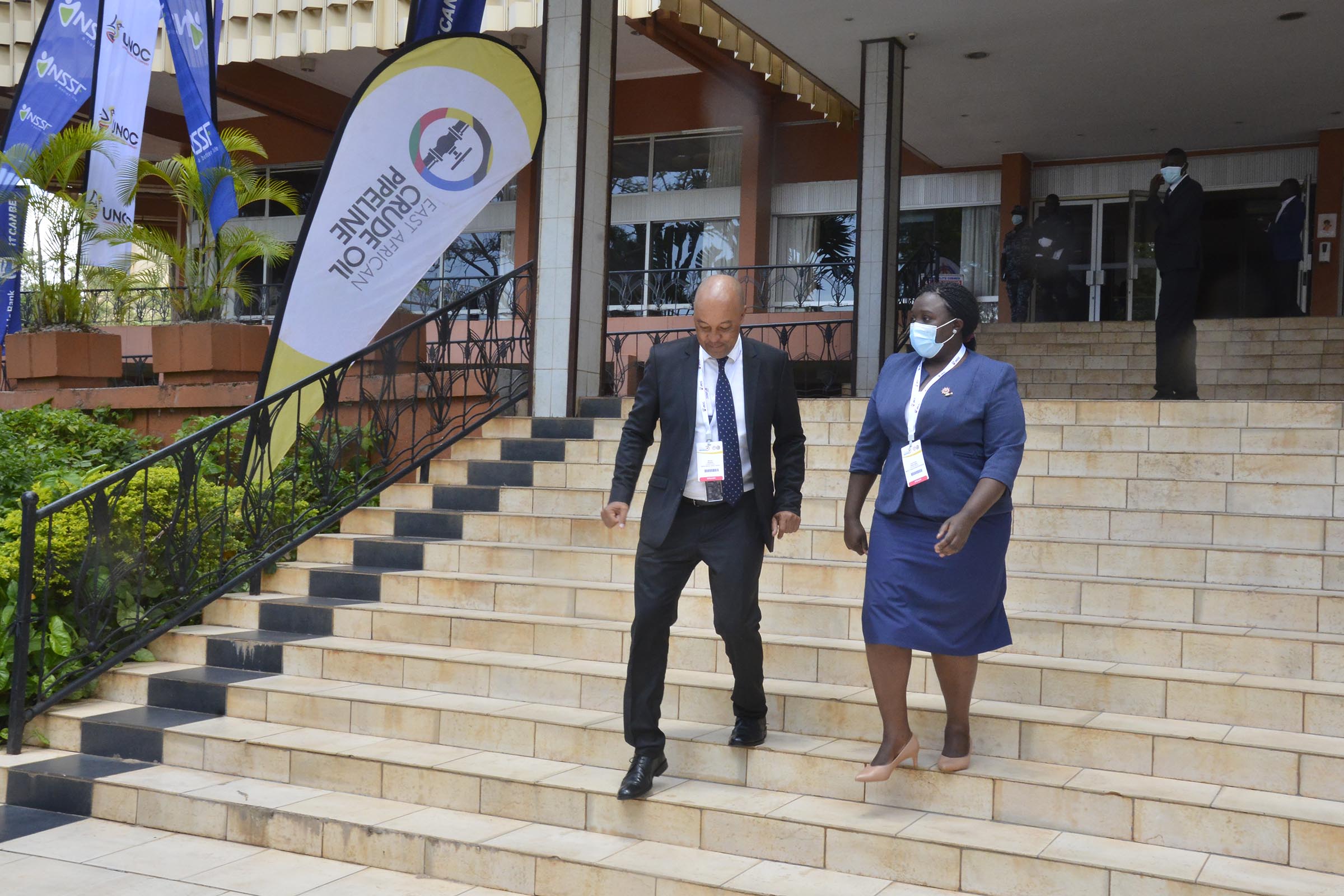 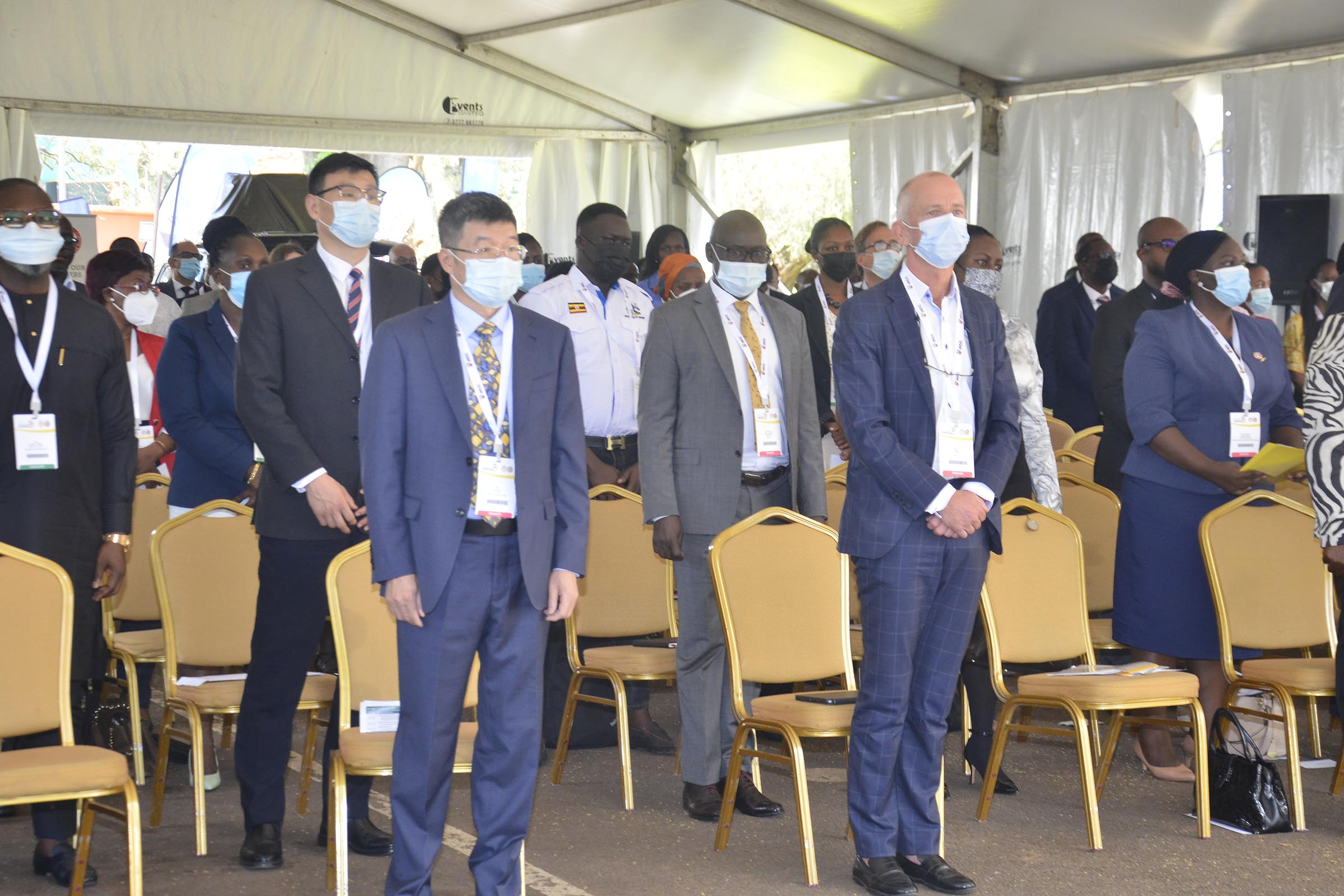 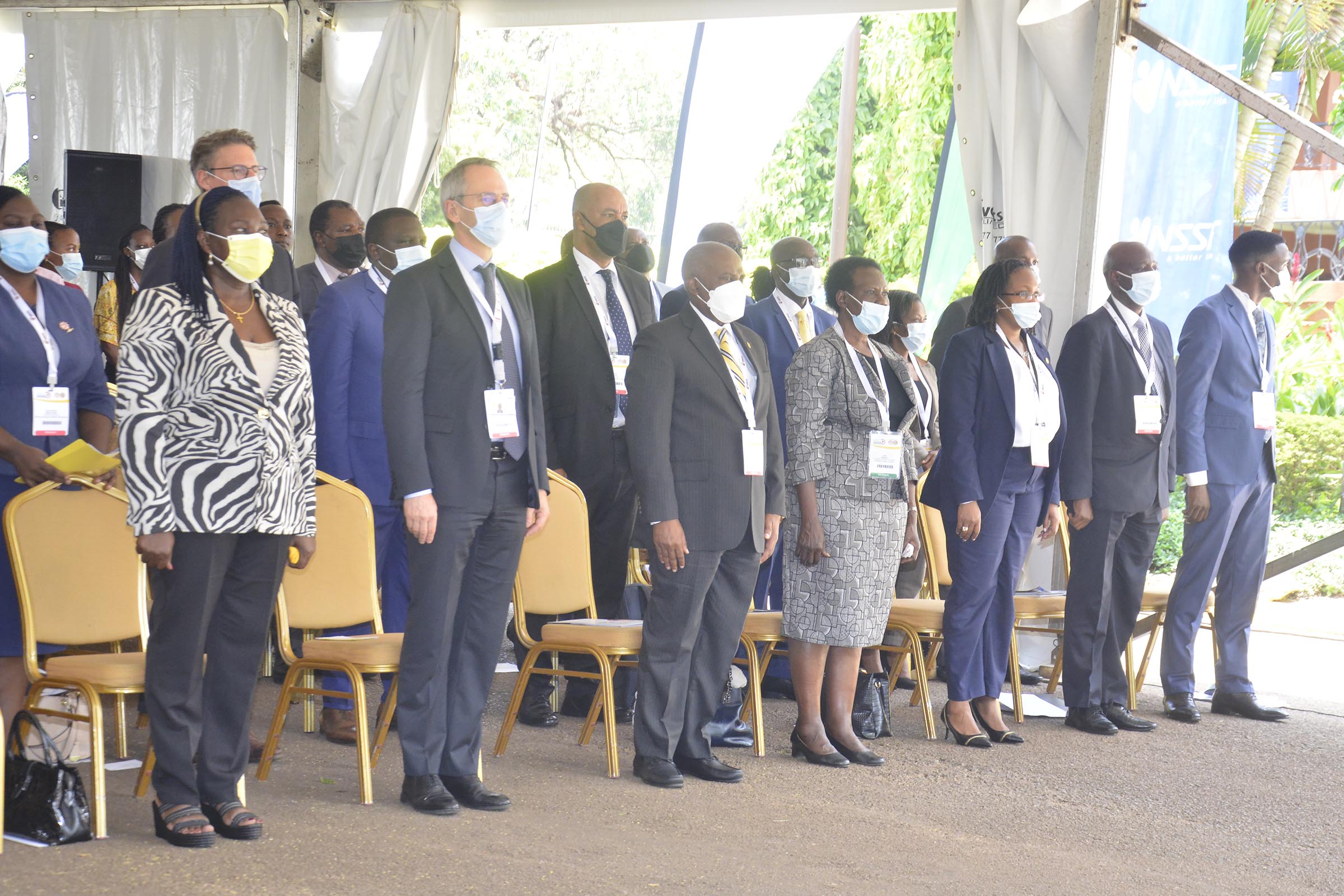 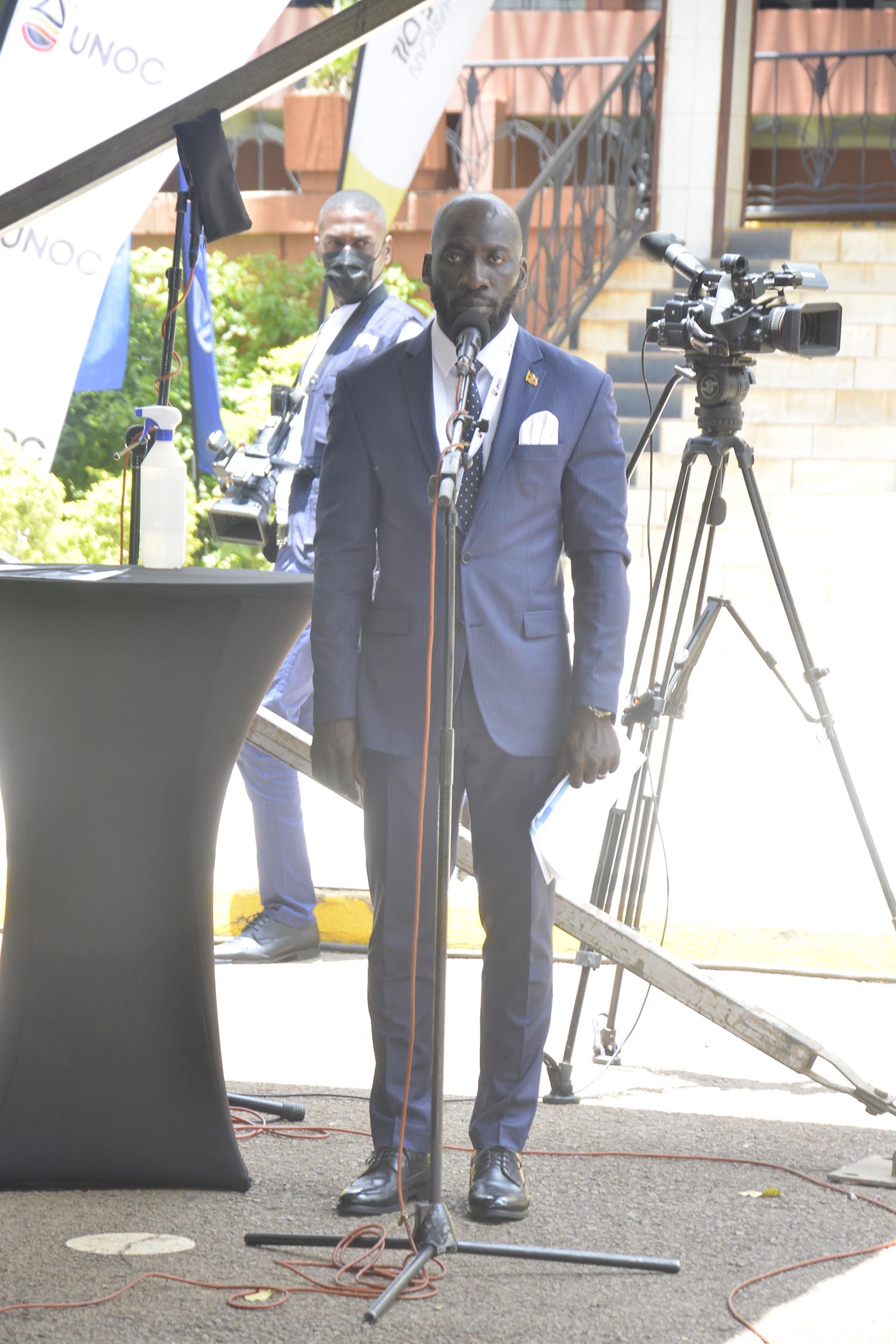 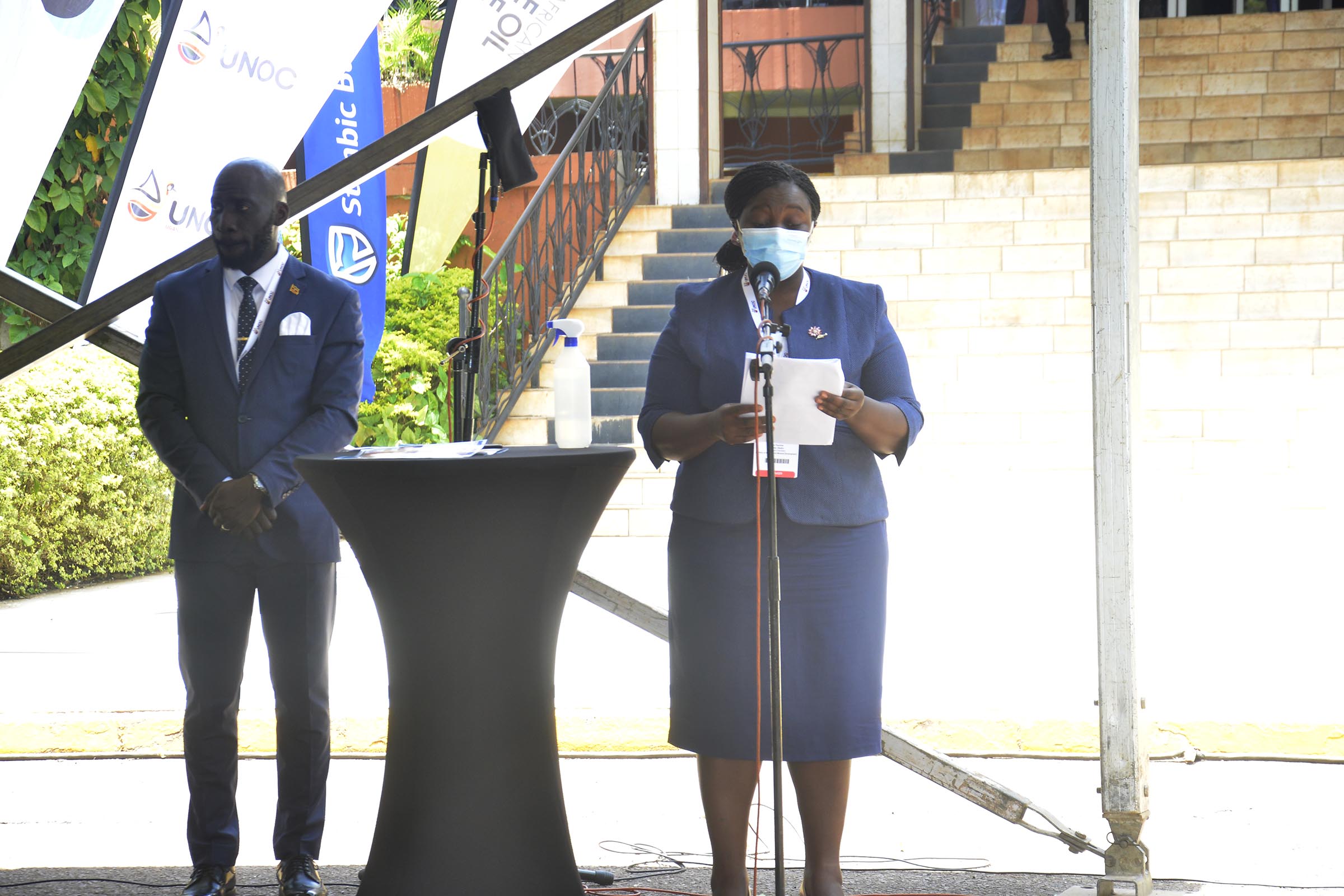 “You need to control yourselves not to explode, so shallow, so egocentric, so wrong. But they think they know everything, they broadcast their ignorance all over the place but they should calm down because this is a wrong battleground for them,” he said.

Museveni added that they don’t take kindly to arrogance and that is why they spent so many years sorting out issues with arrogant people.

“And these are all young girls trying to lecture me on how to handle Uganda. I saw them, I went there and saw them. Somebody should counsel those young girls.”

Museveni added that EU parliament has enough to do in their own place, “I advise them to spend much time solving the problems of our people in EU because Africa has people who know what to do.” 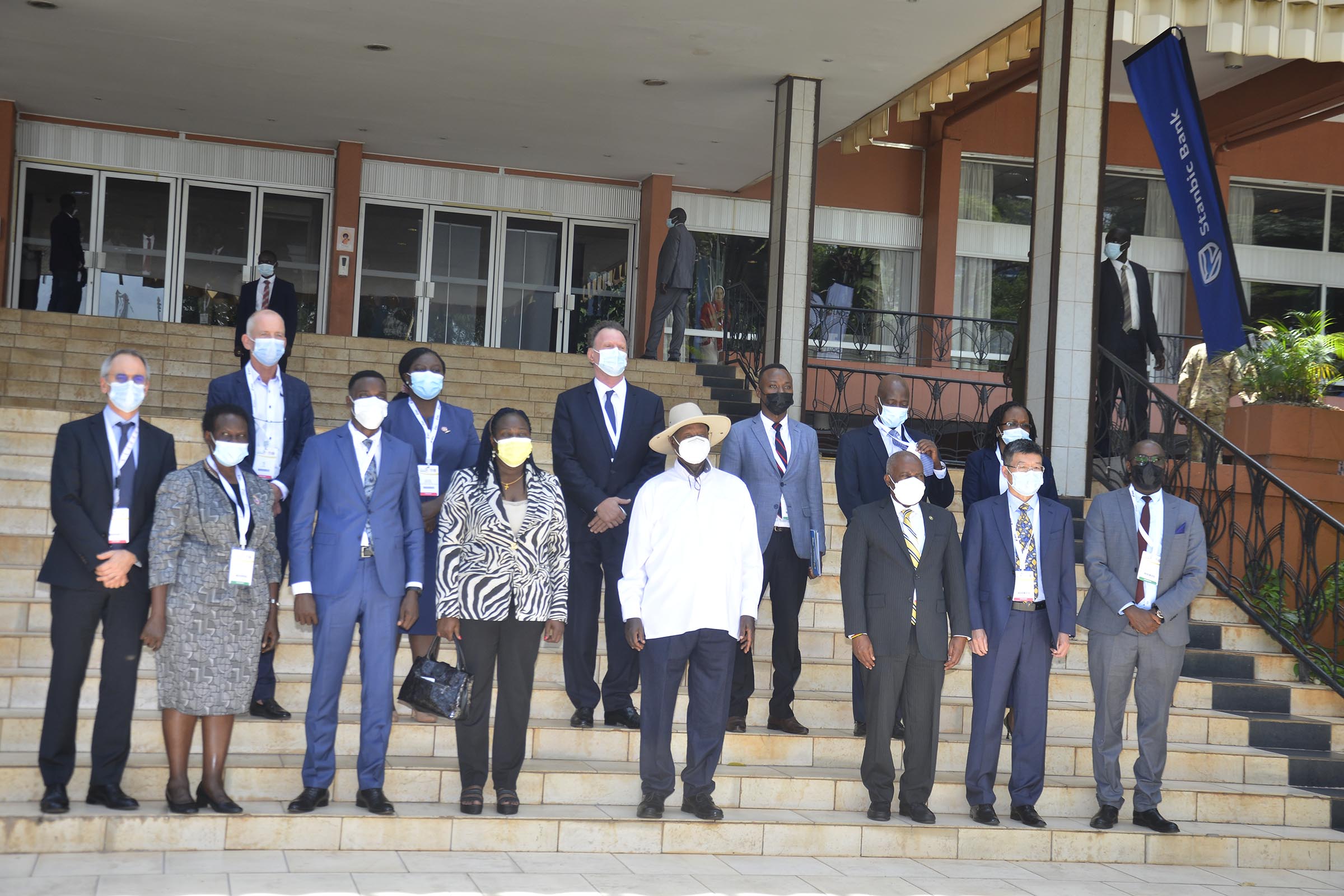 President Yoweri Museveni is seen in a group Photo  with Stakeholders.Photo by Ronald Kabuubi/KMA Updates. 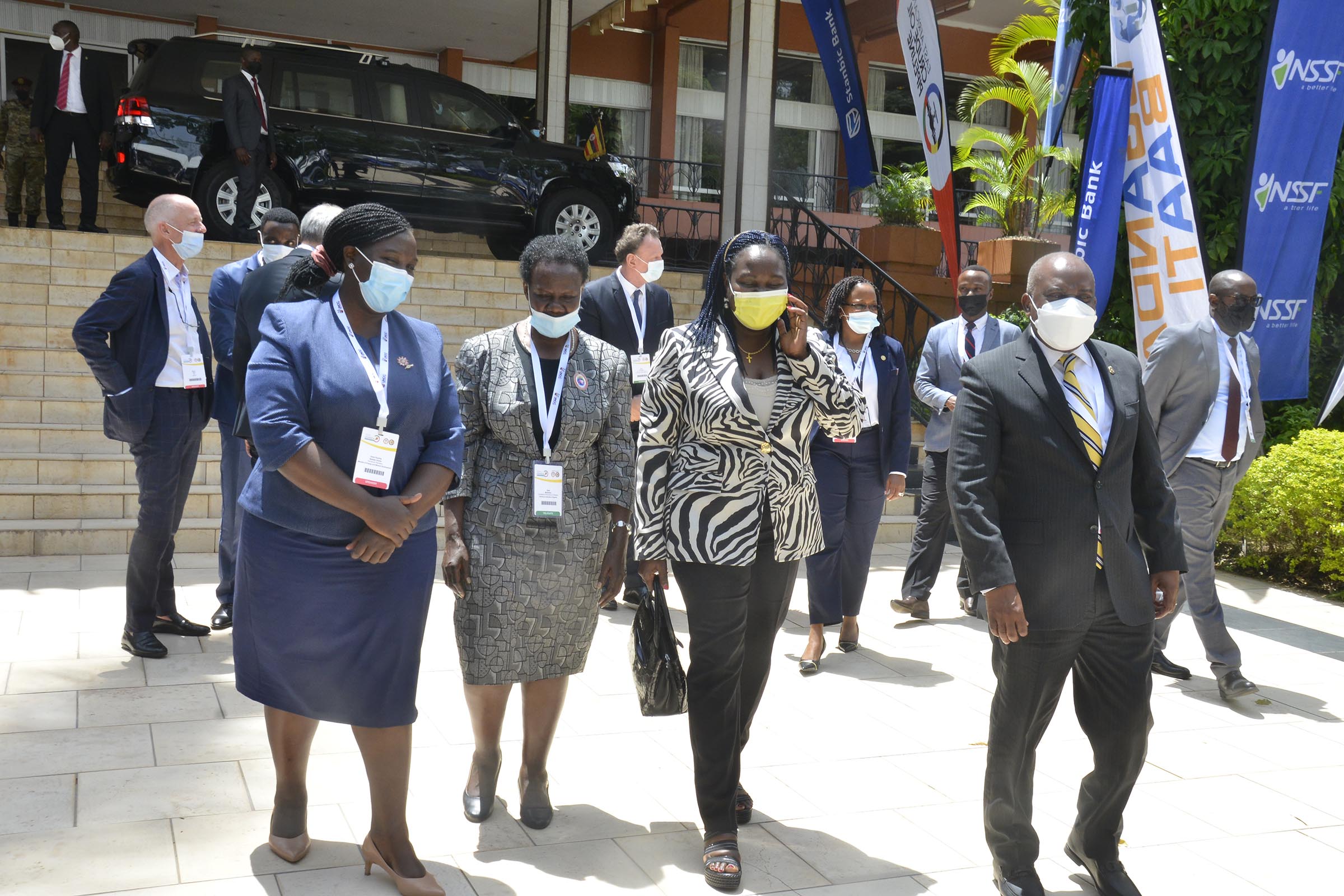 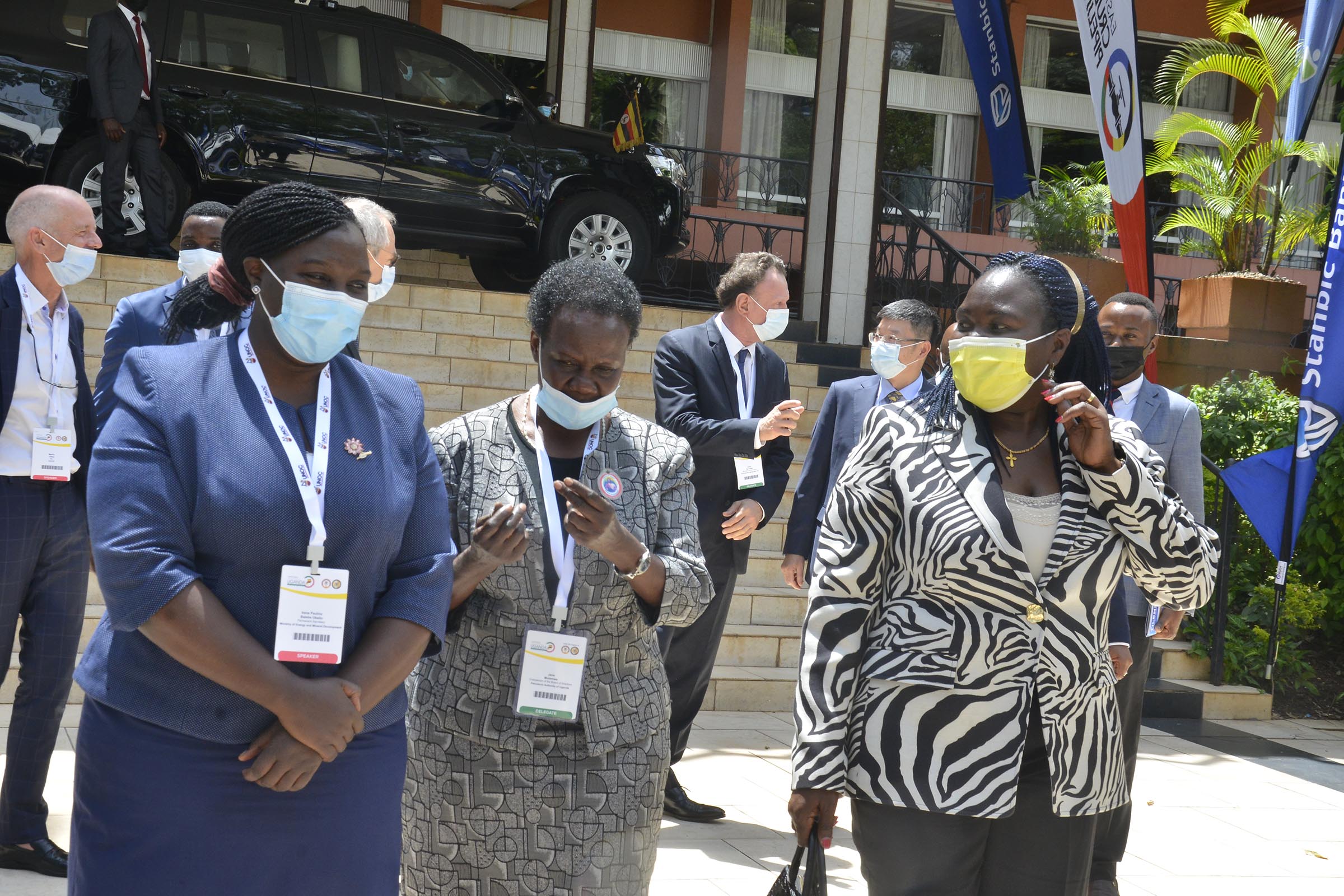 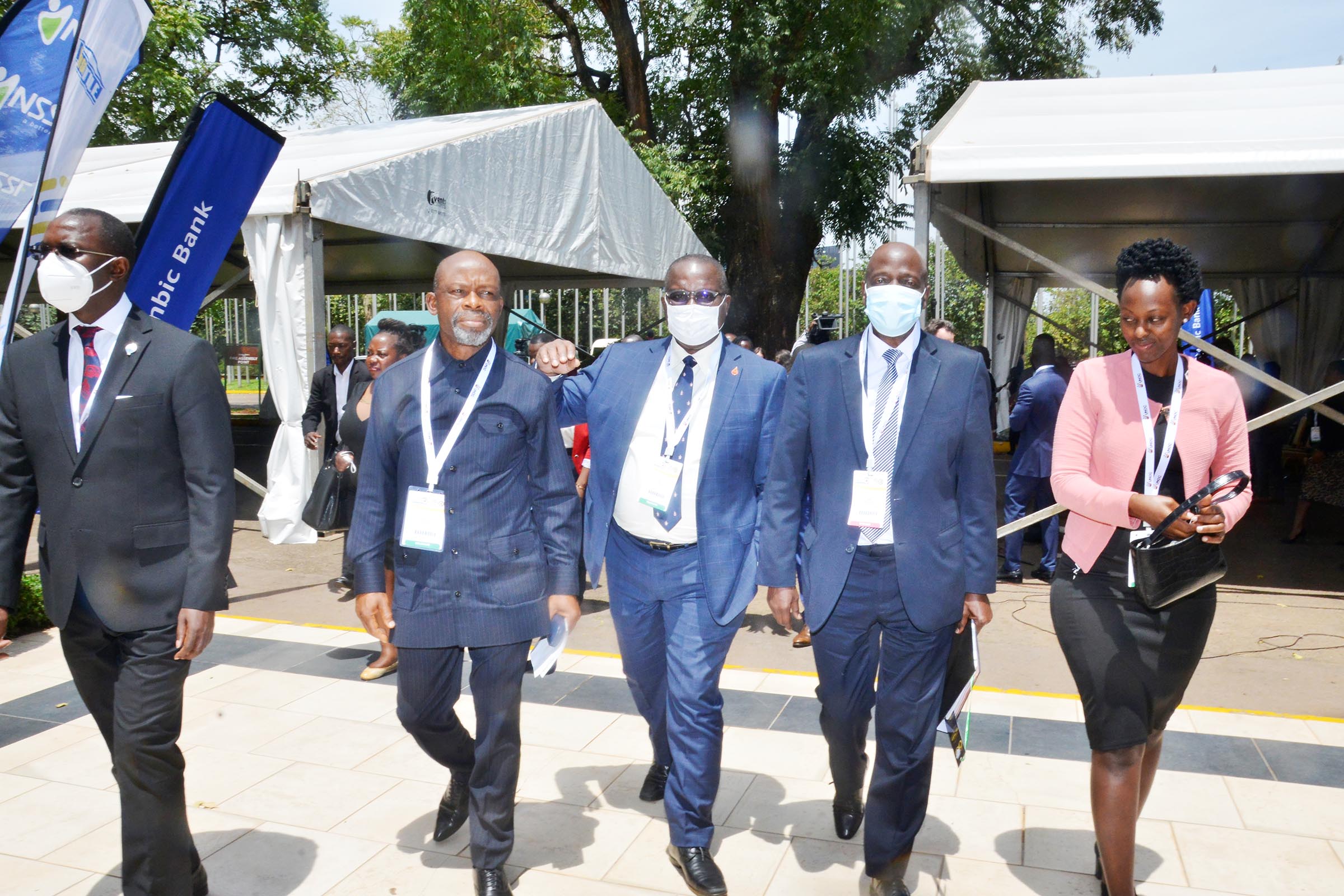 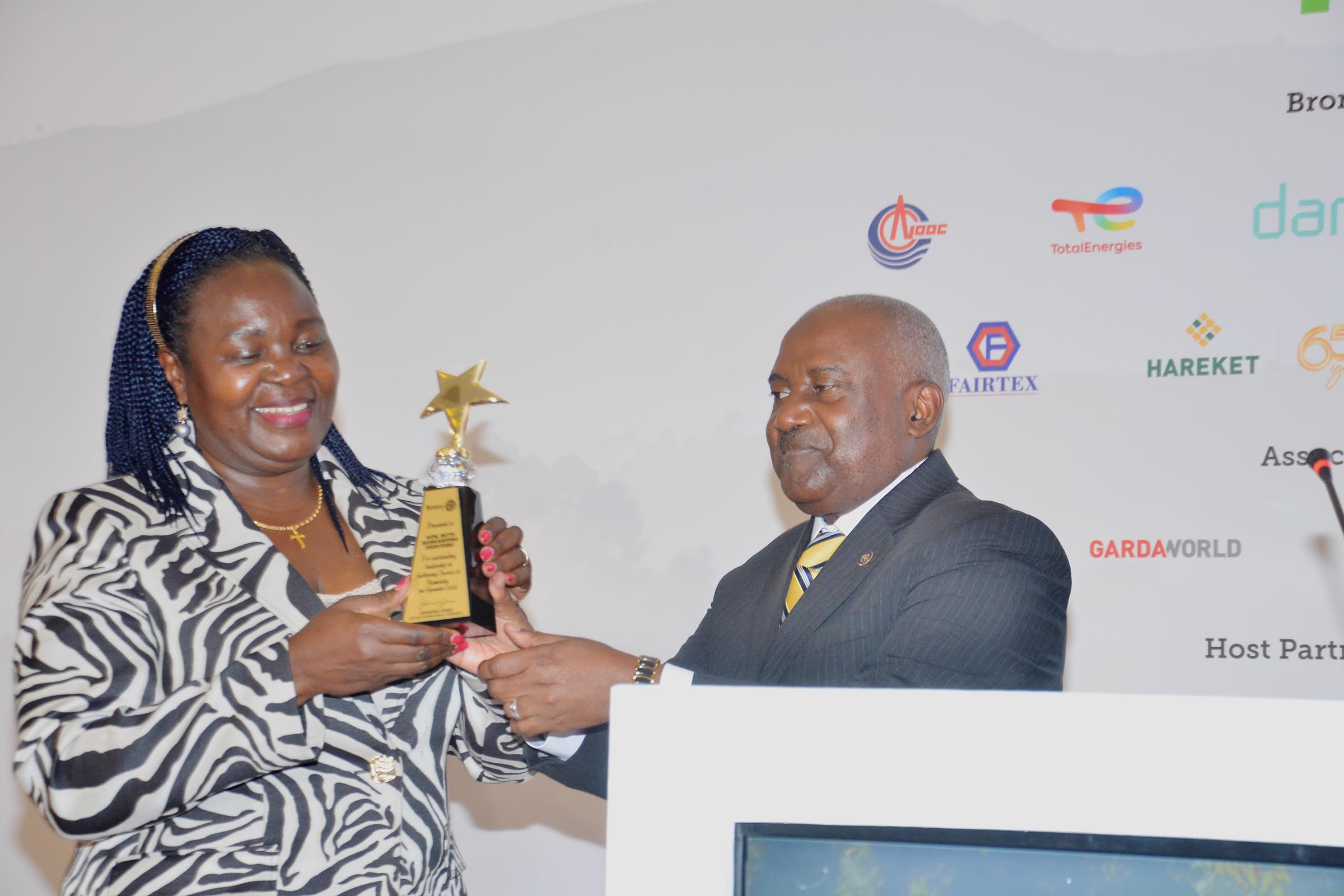 The  Board Chairman Of Uganda National Oil Company (Unoc)  Mr.Emmanuel Katongole,the Past District Governor awarding the Minister Of Energy and Mineral Development Hon.Dr.Ruth Nankabirwa on behalf of Rotary International for her Developments as a female legislator for Uganda.Photo by Ronald Kabuubi/KMA Updates. 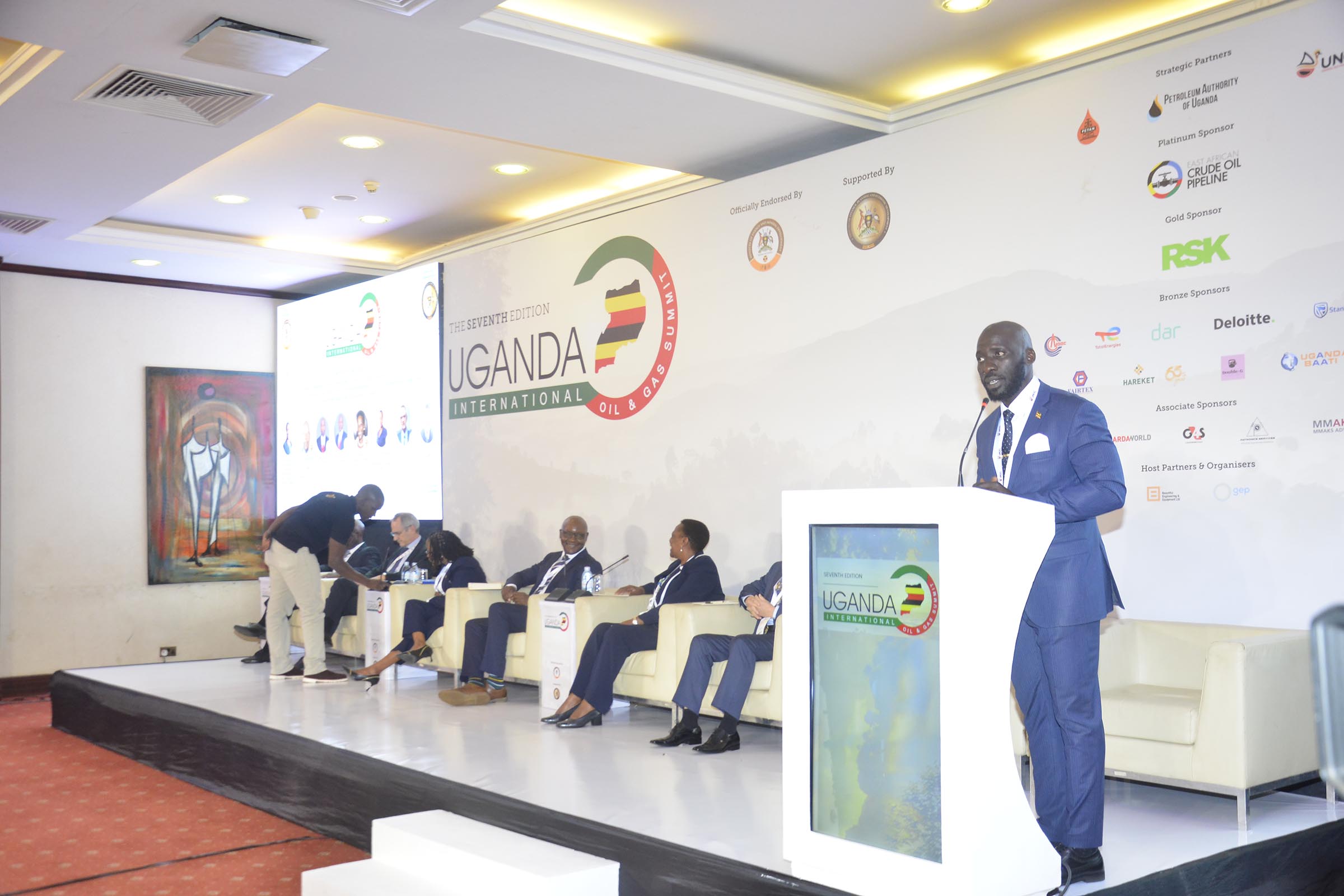 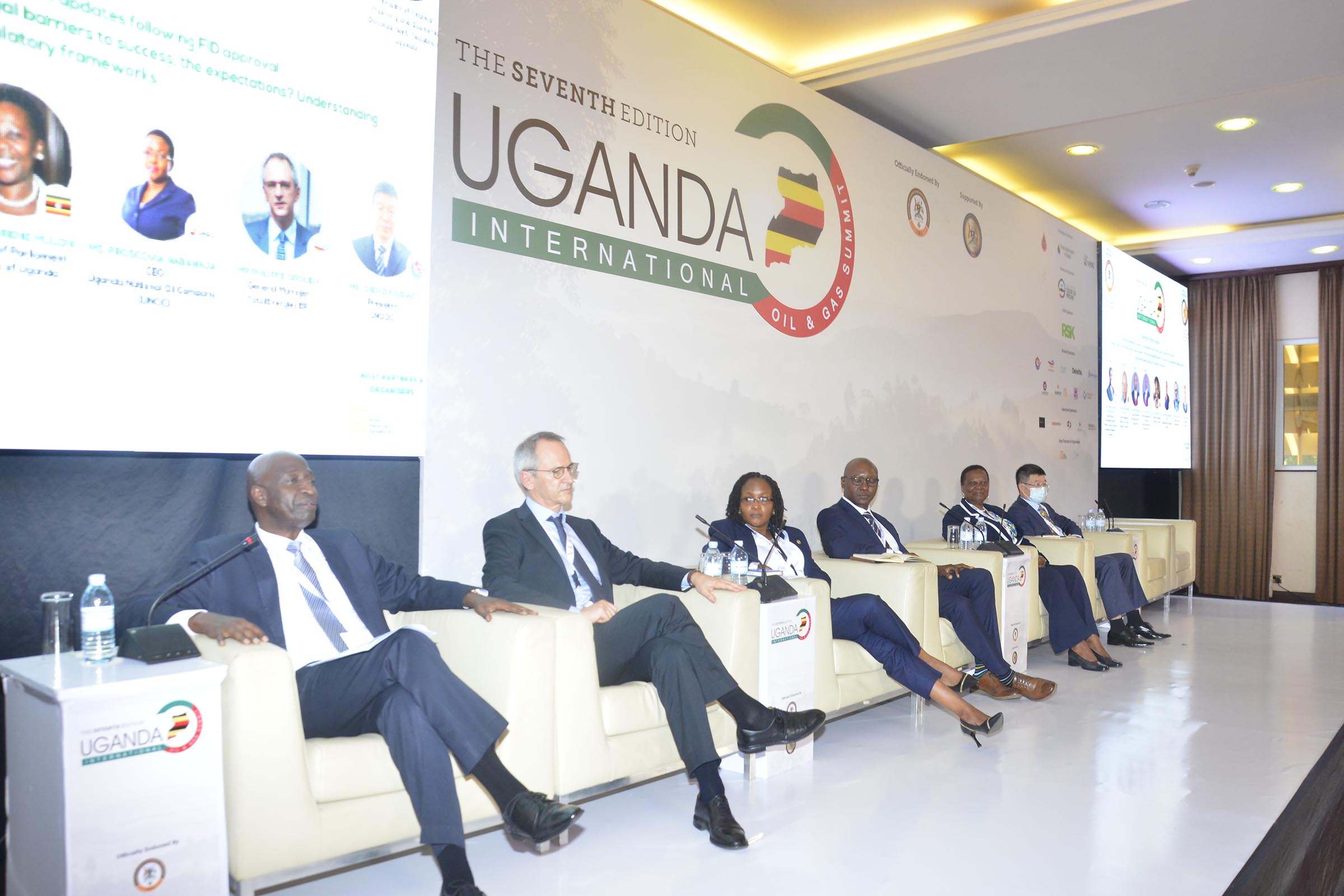 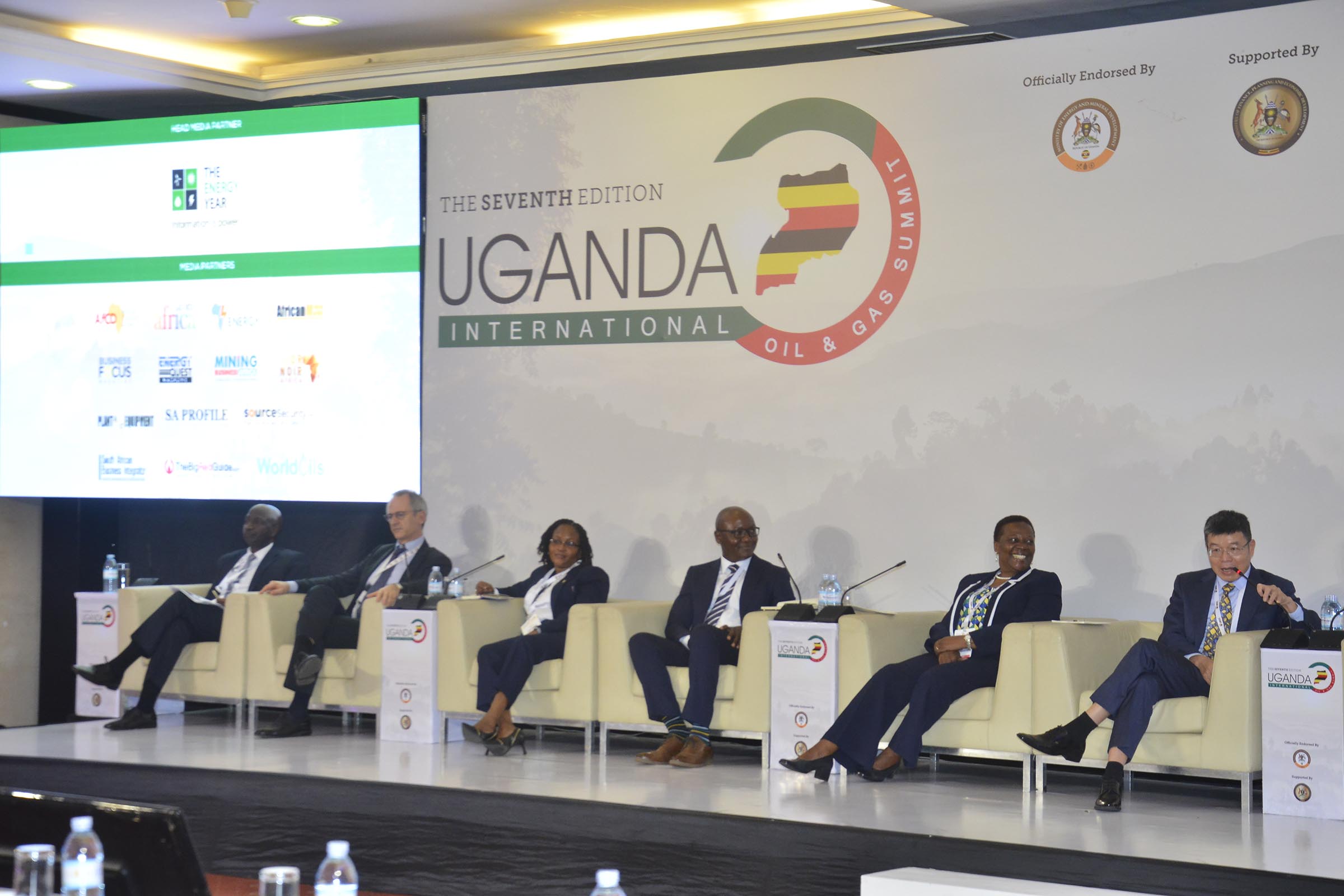 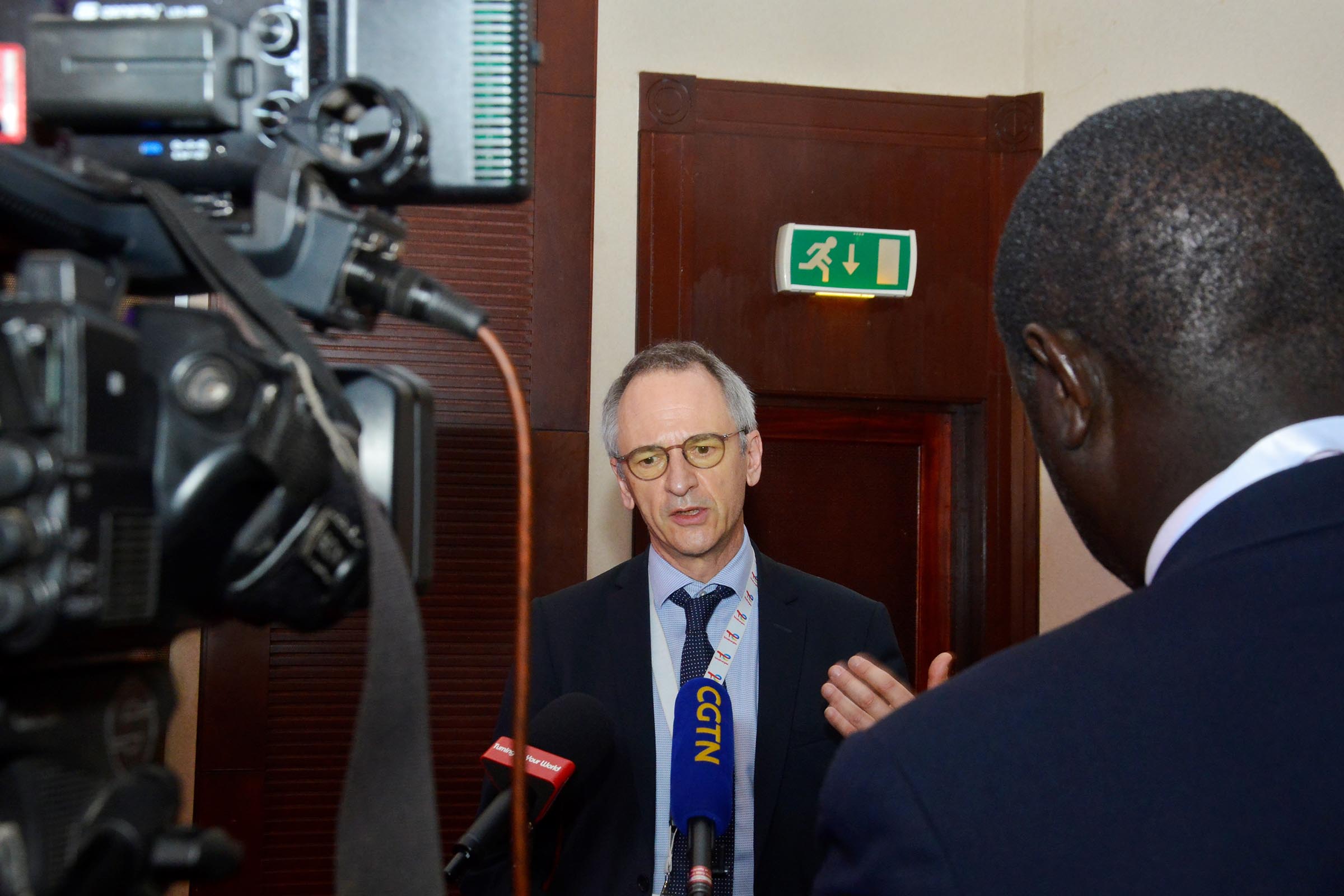 Museveni divulged, “We need to know that they are two crucial players. One player is the producer of a good or service. The one who uses raw materials and produces a good or a service.

“If you want to succeed sustainably, then you need a second person and this is the consumer. If you see the confusion going on in the world you can see that many people don’t understand this. Many people think they are very important.”

“Because if you don’t solve the issue of market or production and consuming you can be sure that the economies will not grow and that is what we have done here for the business people.” 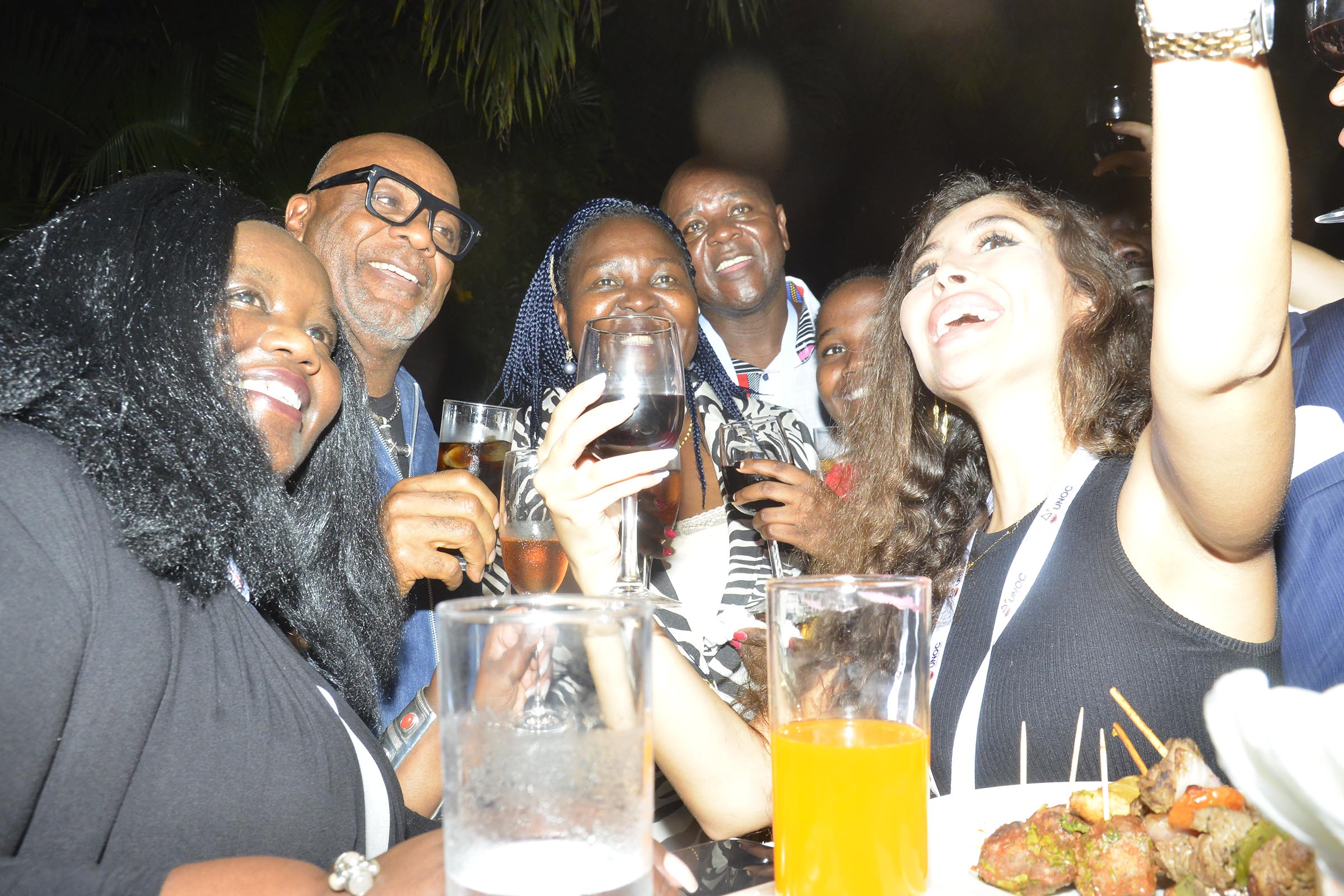 The Minister Of Energy and Mineral development Hon.Dr.Ruth Nankabirwa  (Middle) with Visiting Nigerian investors at the Cocktail at Serena.Photo bvy Ronald Kabuubi/KMA Updates. 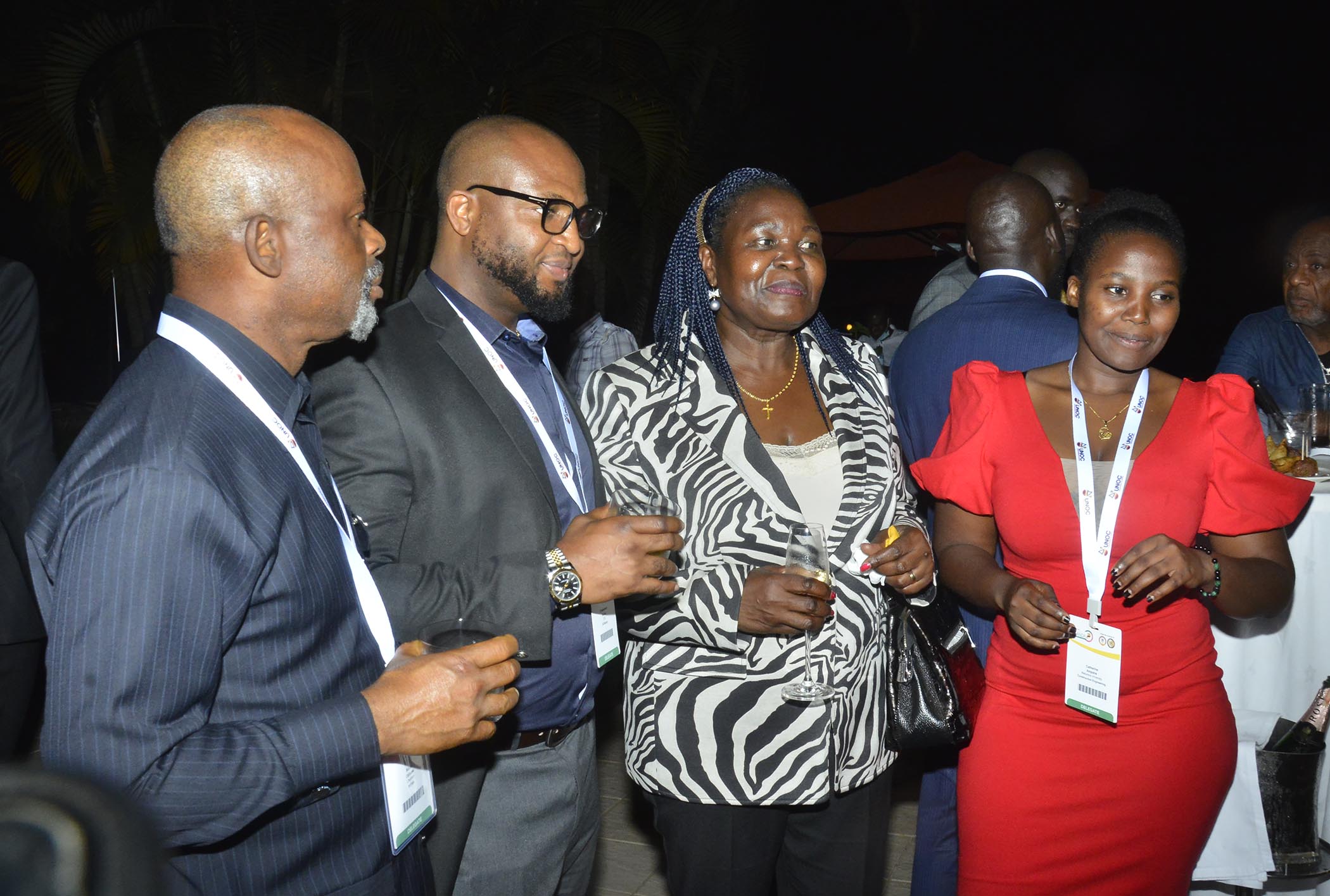 He asserted, “Therefore, we, apart from the market of Uganda have been working and when we came into government we pushed and created the East African Community (EAC), revived it, it had collapsed. So therefore when you talk of the market, you have the 43million people, you have the EAC, 300million now, you have COMESA and we have negotiated for the Continental Free Trade Area (CFTA).”

Museveni further revealed that at the beginning, he didn’t support the idea of the pipeline.

“‘Initially I didn’t not support the idea of the pipeline, but it’s Total Energies
that convinced me, I asked them where they were taking our petrol, because we also have energy needs here, why not build a refinery and we supply ourselves” he said.

He propounded, “Pipeline for what? Here in East Africa, we have got energy needs. Why don’t you be the refinery and we supply ourselves? We cannot have oil and then you find that we are stuck without petroleum when some Slavic groups start fighting. Ukraine and Russia are fighting and we are suffering, how can that be?

“So that is why we settled on the idea of a refinery and a pipeline, it is a compromise on my part because remember when I pump the oil through the pipeline, I lose money.”

Museveni said the idea of a pipeline actually costs Uganda upto 12.7 dollars for each barrel pumped through the pipeline’

“So therefore I encourage the oil companies to move on the two, the refinery and the pipeline.”

The EU Parliament has come under attack since they passed a resolution against Uganda-Tanzania EACOP patnership deal.

“The motion and resolution are based on misinformation and deliberate misrepresentation of human rights violations and environmental destruction and thus represents the highest level of neo-colonialism and imperialism,” he explained.

PPU – UGANDA’S OIL EXPLORATION PLAN WILL BE IMPLEMENTED ACCORDING TO SCHEDULE – H.E MUSEVENI