The Telegraph:Putin sacks another military general as he takes hands-on approach to war from Moscow 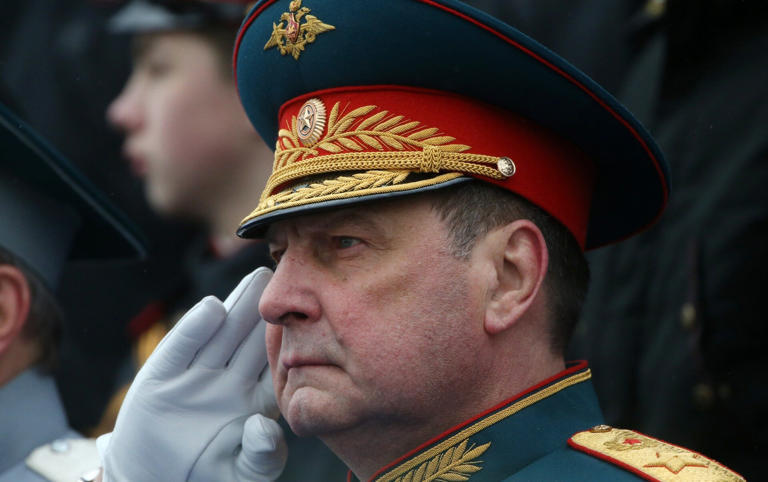 Vladimir Putin has fired his most senior general in charge of logistics for the war in Ukraine as he takes an increasingly hands-on role in directing army strategy, reportedly phoning frontline commanders himself and overriding their advice from the ground.

Deputy defence minister Dmitry Bulgakov was removed on Saturday after a litany of failings saw Russia pushed back by Ukrainian troops in the east.

The Defence Ministry announced the dismissal of four-star Gen Bulgakov “for transfer to another role”. It didn’t mention the reason, but the move was widely seen as a punishment for the flaws in logistical support for Russia’s “special operation” in Ukraine.

Gen Bulgakov has been replaced by Colonel General Mikhail Mizintsev, a 60-year-old who is under British sanctions over his role in the siege of Mariupol, seized by Russian troops in May.

One of the first major logistical challenges he faces is equipping, training, organising and deploying hundreds of thousands of reservist troops who were called up to join the army on Wednesday as part of Russia’s partial mobilisation. 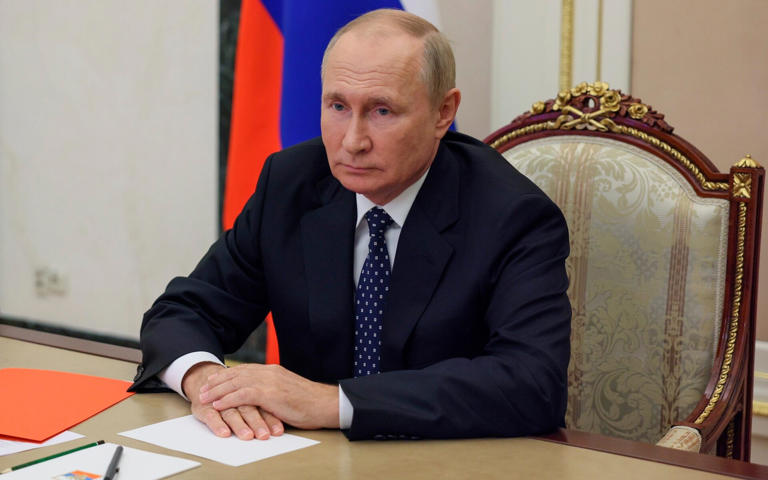 According to the White House, Putin is increasingly ‘struggling’ – Gavriil Grigorov, Sputnik, Kremlin Pool Photo via AP© Provided by The Telegraph

On top of the fast-developing eastern front, Russia is also under pressure in the south – but Mr Putin has reportedly ignored pleas from his commanders to take action to minimise losses before it is too late, according to American officials briefed on highly sensitive intelligence.

Thousands of Russian troops may soon be surrounded in Kherson but the president has rejected calls from generals there to stage an orderly withdrawal, the New York Times reported officials as saying.

That has reportedly shattered the morale of soldiers who fear they will soon be completely cut off from their supply lines and created tensions between Mr Putin and his army.

But the divisions over Kherson are not the first example of disagreements between the Russian leader and his top commanders.

Senior Russian officers repeatedly questioned the plan for the beginning of the war including the hoped-for quick strike on Kyiv, American officials said.

The officers reportedly believed they had insufficient troops and weaponry – something that turned out to be correct.

As fighting continues in the south, the Russian army is likely looking to avoid a repeat of the rout in the northeastern Kharkiv region, which saw troops abandon valuable weapons and vehicles as they fled a lightning-fast Ukrainian offensive.

Related video: Putin doubles down on war despite internal resistance

Russian commanders insist that pulling back from southerly Kherson would allow them to hold their line with fewer troops, and they could deploy forces elsewhere – even opening up new fronts.

But Putin has rejected these calls. Another Ukrainian victory would further erode public confidence in the war effort. It would also make redundant the current referendum being held in Kherson on joining the Russian federation.

According to the White House, Putin is increasingly “struggling.”

“He has terrible morale, unit cohesion on the battlefield, command and control has still not been solved. He’s got desertion problems and he’s forcing the wounded back into the fight. So clearly, manpower is a problem for him,” said John Kirby, National Security Council coordinator for strategic communications last week. 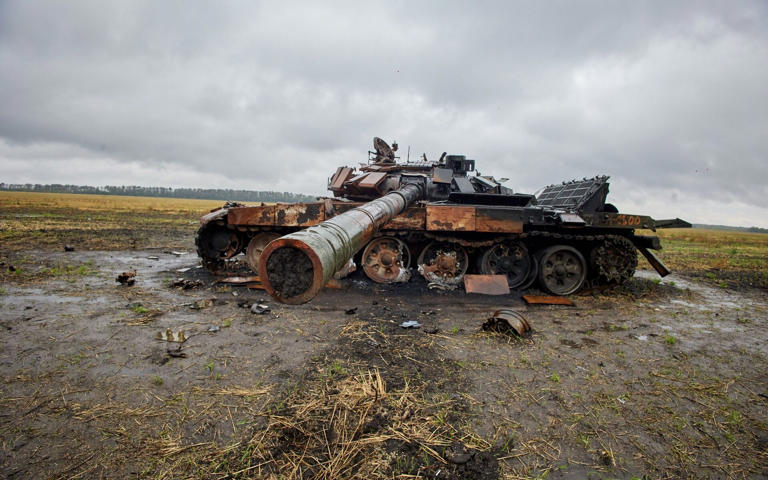 A heavily damaged Russian tank in the Kupiansk Raion district, Kharkiv Oblast, 23 September 2022, where a recent counter-offensive by Ukrainian forces led to the withdrawal of Russian troops who occupied the area – SERGEY KOZLOV/EPA-EFE/Shutterstock© Provided by The Telegraph

On Saturday, Putin signed a hastily approved bill that toughens the punishment for soldiers who disobey officers’ orders, desert or surrender to the enemy.

The struggles can be linked to a wider reckoning on what Putin wants and what can be achieved.

“In this war there has been a consistent mismatch between Putin’s political objectives and the military means to attain them,” Michael Kofman, director of Russia studies at defence research institute CNA.

“At important decision points Putin has procrastinated, refusing to recognise the reality, until the options turned from bad to worse,” he told the New York Times.

General Bulgakov is just one of a number of senior military leaders to be dismissed by Putin in recent months, laying bare the chaotic structure of the Russian army and the president’s lack of trust in his own commanders.

At least seven more top generals have been fired, while it is thought that ten have been killed in action.

Earlier in the campaign, reports suggested that Putin was not being given the full picture of troop losses and slow advances in Ukraine because generals were fearful of his reaction.

Now, he has positioned himself as the public face of the war – with his television address this week threatening the use of nuclear weapons just the latest example of his efforts to take control.

He has also launched hastily-arranged referendums across the newly occupied parts of Ukraine.

The process is underway in Kherson and Zaporizhzhia in the south as well as the eastern Luhansk and Donetsk regions. The vote is also part of a PR effort within Russia – with officials trying to show that the war is just and that they are liberating these regions as the locals want.

But Luhansk Governor Serhiy Haidai said the voting “looked more like an opinion survey under the gun barrels,” adding that Moscow-backed local authorities sent armed escorts to accompany election officials and to take down the names of individuals who voted against joining Russia.