England’s poor run of form continued at the San Siro on Friday night with a 1-0 defeat to Italy. The Euro 2020 finalists are relegated from the top tier of Uefa’s Nations League competition and are without a win in five and without a goal from open play in more than 450 minutes. There are bigger problems, with the World Cup looming. 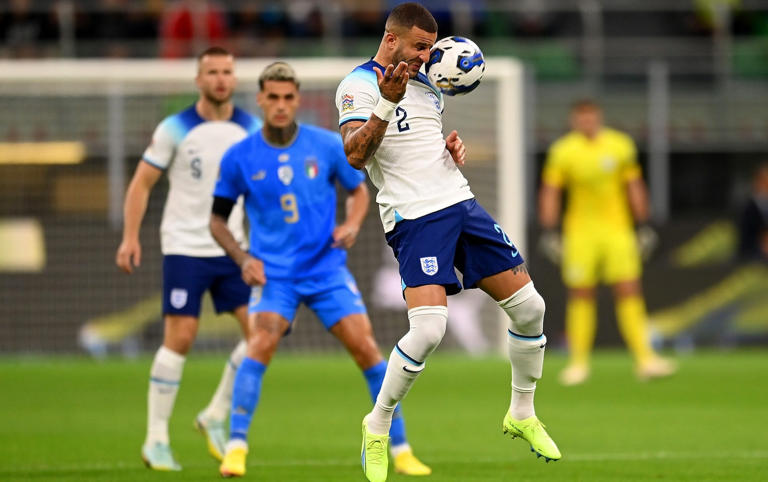 Preferred to Aaron Ramsdale in the absence of Jordan Pickford, the Newcastle goalkeeper could not be blamed for the goal but his kicking was erratic. 6

Caught out by a long ball that allowed Raspadori to then turn him and give Italy the lead with a stunning shot into the corner of the net. 5

Given his first England appearance since November 2020, Dier made one vital block at the start of the second half under the watchful eye of his Tottenham coach Antonio Conte. 6

England fans backed his inclusion by singing Maguire’s name ahead of kick-off. Relieved to see Scamacca hit the bar after being beaten in the air.  5

At least Gareth Southgate learned not to put the Chelsea star on free-kicks in Qatar as he blazed one horribly over the bar in Milan. 5

Made some vital interceptions and protected the back three well, but could not drive forwards as he has been able to do in the past. 6

This might have been the night that Bellingham solidified his place in England’s midfield, but he did not reproduce his Dortmund brilliance. 5

Starting at left wing-back, Saka struggled to make much of an impact. Ben Chilwell might have been wondering why he did not even make the matchday squad. 5

Having been in brilliant form for Manchester City, Foden could not turn it on in Italy with England’s attacking balance still not right. 5

Carried on despite being left with a mouthful of blood following an aerial collision. Frustrated by the huge frame of Donnarumma twice in quick succession.  6

Barely saw the ball in a turgid first-half performance from England. Won free kick on edge of area at start of second period with his one dangerous run.  5