Sky News:Follow View Profile ‘It’s been a perfect journey’: Roger Federer fights back tears as he plays final match of his career

Tennis legend Roger Federer fought back the tears after he finished playing the final match of his career at London’s O2. 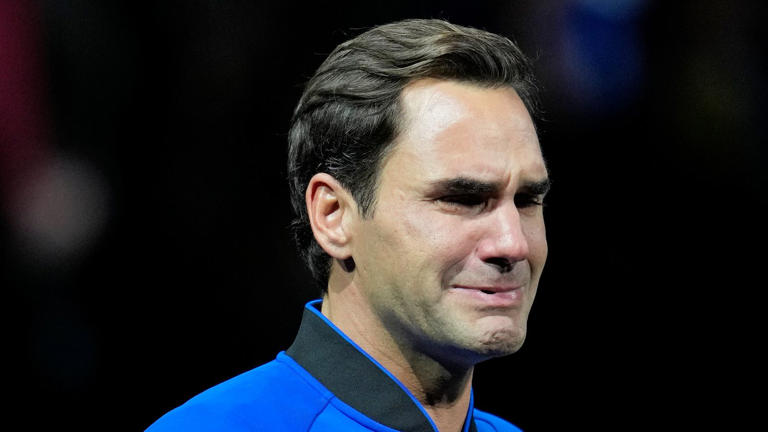 The sporting star ended his professional tennis career aged 41 with a loss in doubles, as he played alongside long-time rival Rafael Nadal in the Laver Cup.

Visibly emotional, he paid tribute to his wife Mirka and declared himself “happy and not sad”.

The 20-time grand-slam champion announced last week he would bow out from competitive tennis with one final match at the Ryder Cup-style competition which was his brainchild. 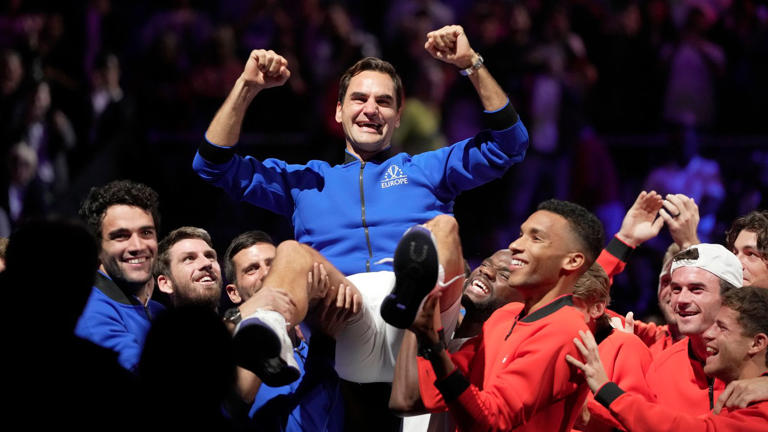 London was the destination for the fifth edition of the Laver Cup, the city for some of Federer’s greatest triumphs, but the Swiss superstar could not add one more victory to his illustrious CV.

Team World duo Jack Sock and Frances Tiafoe proved the pantomime villains with a 4-6 7-6 (2) 11-9 victory at the 02 but it was still a celebration for the 41-year-old.

Federer enjoyed a lengthy hug with old sparring partner Nadal at the conclusion of the match before he was given one final standing ovation by a sold-out crowd despite the clock being well beyond midnight on Friday. 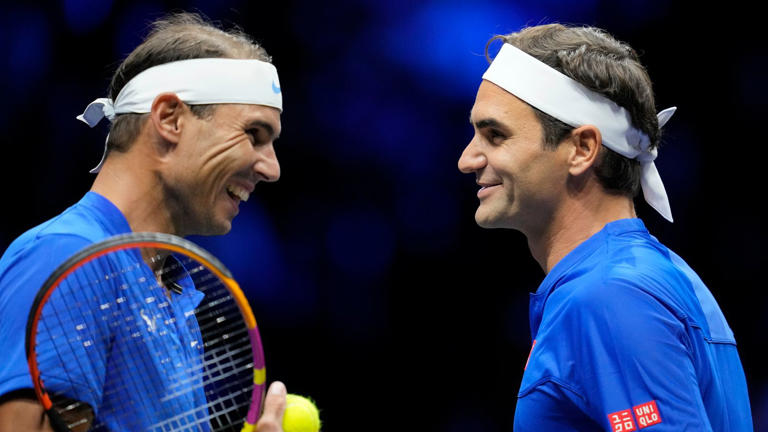 ‘We’ll get through this’

“We’ll get through this somehow,” Federer said on court.

“Look, it has been a wonderful day. I told the guys I’m happy, I’m not sad. It feels great to be here and I enjoyed tying my shoes one more time.

“Everything was the last time. Funny enough with all the matches, being with the guys, and having family and friends, I didn’t feel the stress so much even if I felt something would go during the match. I am so glad I made it through and the match was great. I couldn’t be happier. 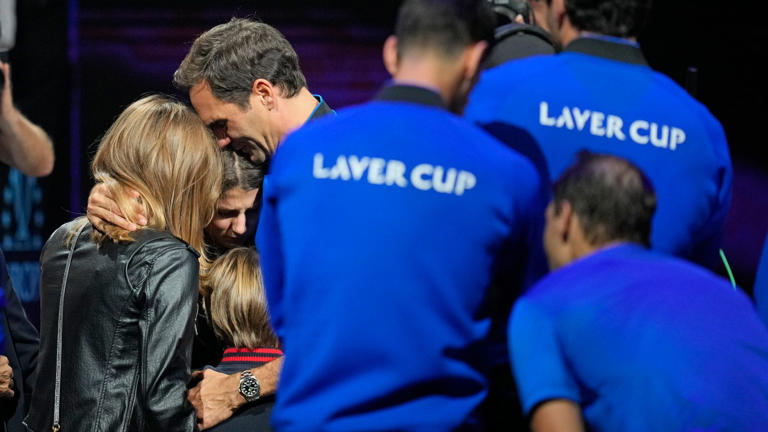 “Of course playing with Rafa on the same team, having all the guys here, the legends, Rocket (Rod Laver), Stefan Edberg, thank you.

“It does feel like a celebration to me. I wanted to feel like this at the end and it is exactly what I hoped for so thank you.

A momentous era of tennis draws to a close

Federer had to fight back the tears before he thanked wife Mirka, who has watched him battle through a succession of knee operations before he finally admitted defeat in his pursuit to come back last week.

Roger Federer prepares for his last ever competitive match

His surgically repaired right knee – the last of three operations came shortly after a loss in the Wimbledon quarterfinals in July 2021, which will go down as his final official singles match – leaves him in no shape to allow him to continue.

He added: “Thank you everybody. I’ve had so many people cheer me on and you guys here tonight mean the world.

“My wife has been so supportive… she could have stopped me a long, long time ago but she didn’t. She kept me going and allowed me to play so thank you. She is amazing.”

His retirement comes hot on the heels of Serena Williams being given an emotional send-off at the US Open, an indication that a momentous era of tennis is drawing to a close.