Christian Eriksen scored a stunner for Denmark in their UEFA Nations League game against Croatia, and the midfielder was one of a number of Manchester United players to impress in the latest round of international fixtures. 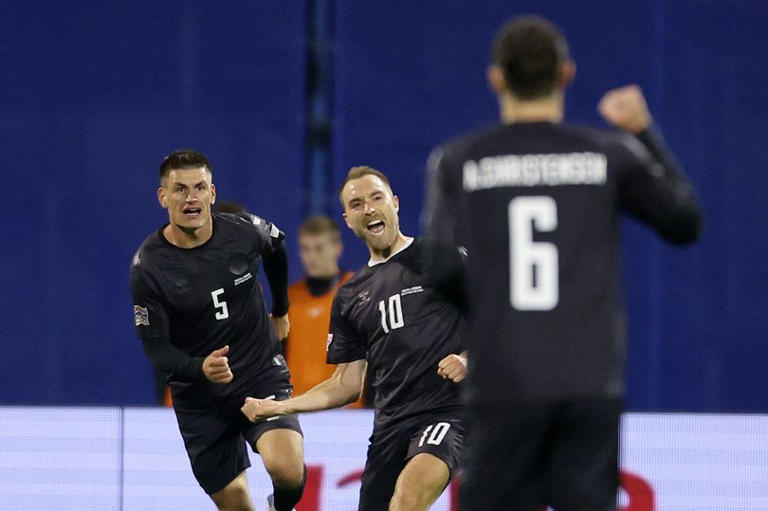 The long-range effort was the former Brentford man’s third international goal since making his return to football after suffering a cardiac arrest on international duty at Euro 2020. However, it was not enough to earn his country a point in Zagreb.

Eriksen had scored on his comeback in the Netherlands, before captaining Denmark against Serbia at Parken in March and netting at the stadium where he “died for five minutes” in 2021. The goal against Croatia was his 39th for his country – more than any other active member of the Danish squad.

After collecting the ball in space outside Croatia’s area, Eriksen was allowed to turn before firing an unstoppable shot into the top corner of Dominik Novakovic’s net. The goal brought Denmark level, only for Lovro Majer to quickly restore the hosts’ advantage.

The result was enough for Croatia to knock Denmark off top spot in a Nations League group which also contains Austria and France. In order to reach the finals, Denmark will need to beat France and hope Croatia drop points in Vienna.

France beat Austria in Thursday’s other group game, thanks in part to an impressive display from Eriksen’s club teammate Raphael Varane. The centre-back won all three of his aerial duels and registered a 92% pass completion rate in a 2-0 win, with Kylian Mbappe and Olivier Giroud scoring the goals for Les Bleus.

How impressed have you been with Eriksen’s form this season? Have your say in the comments section

Eriksen’s goal came one day after fellow midfielder Scott McTominay tasted victory for Scotland against Ukraine. Tyrell Malacia was also celebrating as The Netherlands remained top of their group with a win in Poland, though the left-back was an unused substitute for the game.

Goalkeeper Martin Dubravka would have hoped to feature for Slovakia in their home game against Azerbaijan. However, the goalkeeper – who signed on loan from Newcastle United at the end of August – withdrew from his country’s squad through injury and has returned to the UK for further assessments.

A number of other members of Erik ten Hag’s squad could be involved in Friday’s fixtures. Club captain Harry Magure is still in the England squad for a match away to Italy despite losing his starting spot at Old Trafford, while summer signings Antony and Casemiro have joined Fred and several other Premier League stars in the Brazil squad as the Copa America finalists take part in a pre-World Cup friendly against Ghana in France.