An outbreak of Ebola has been declared in Uganda after health authorities confirmed a case of the relatively rare Sudan strain, the health ministry and World Health Organization (WHO) said on Tuesday.

The health ministry’s permanent secretary, Diana Atwine, said the patient with the confirmed case had high fever, diarrhea and abdominal pains and was vomiting blood. He had initially been treated for malaria.

Health measures are being taken at the Mubende Regional Referral Hospital after an Ebola outbreak occurred in Mubende, Uganda, on Sept. 20, 2022.  (Nicholas Kajoba/Anadolu Agency)

There are currently eight suspected cases receiving care in a health facility, WHO’s Africa office said in a statement, adding that it was helping Uganda’s health authorities with their investigation and deploying staff to the affected area.

The WHO said there had been seven previous outbreaks of the Ebola Sudan strain, four in Uganda and three in Sudan.

The WHO said ring vaccination of high-risk people with the Ervebo vaccine had been highly effective in controlling the spread of Ebola in recent outbreaks in the Democratic Republic of the Congo and elsewhere but that this vaccine had only been approved to protect against the Zaire strain.

Another vaccine produced by Johnson & Johnson JNJ.N may be effective but has yet to be specifically tested against the Sudan strain, it added.

New Delhi: After the Zaire strain of Ebola killed about 5 people including a 5 year-old boy in Uganda in 2019, a new case of the virus has been detected in the country’s Mubende district after a 24-year-old man succumbed to a strain of the infection for which no specific vaccine has been developed till now. 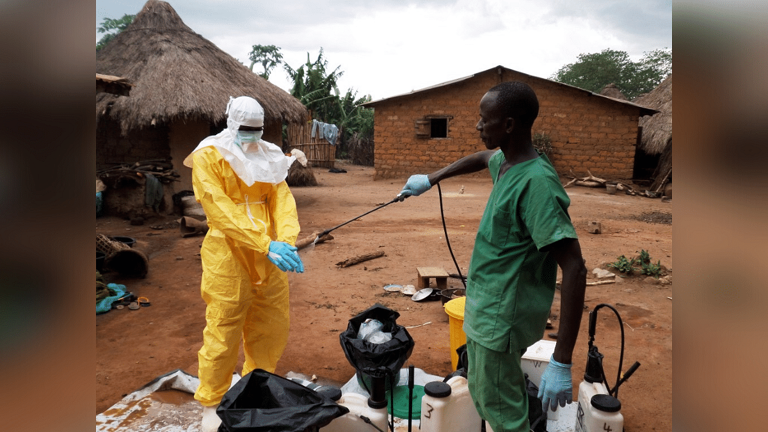 The man, who died on 19 September, showed signs of the rare Sudan strain in his sample which was found in Uganda for the first time in over 10 years, Uganda’s health ministry’s permanent secretary Diana Atwine told at a news conference Tuesday.

The patient’s symptoms included fever, diarrhoea and abdominal pain. He was also vomiting blood and previously being treated in the hospital for malaria, she said.

His sample is being researched and tested at the Uganda Virus Research Institute.

According to the United Nations’ World Health Organisation, six other ‘dubious deaths’ and eight more suspected cases are currently under the scanner and receiving treatment at a health facility in Uganda.

The country’s health ministry stated that a Rapid Response Team has been dispatched to ground zero Mubende to carry out surveillance activities and contact tracing to interrupt the transmission chain in order to manage the outbreak.

WHO also added that in previous years, the fatality rates of the Sudan strain of the Ebola virus – which is transmitted through bodily fluids – have ranged from 41 per cent to 100 per cent.

The Sudan strain was last seen in Uganda’s Kibaale in 2012. That year, 24 cases were identified out of which 17 fatalities were due to the Sudan strain. In the same year, another Ebola outbreak struck the country’s Luweero and Kampala districts, during which seven cases and four deaths were reported.

Initiating contact with animals or animal’s carcasses is easy in Congo’s dense and deep tropical forests, making them natural reservoir for the virus, which causes fever, body aches, and diarrhoea. In fact, the Sudan strain in Uganda was last found in a place named Kibaale, a district bordering forests.

Congo has experienced 14 outbreaks of this virus since 1976 when it was first identified.  Meanwhile, Uganda has seen four outbreaks, with the first happening in 2000.

The Ebola virus has six recognised subtypes and are named after the places where the epidemic was initially identified. Of the five subtypes, three have been linked to significant surges in Africa. Ebola cases have  been detected in Zaire, Sudan, and Bundibugyo which is a Ugandan strain, also known as Uganda ebola virus.

The virus causes a febrile hemorrhagic sickness that, in 25–90% of cases, results in death. Although the Philippines-based Ebola Reston species has the potential to infect people, no cases of human disease or demise have been documented so far.

Will the vaccine help?

WHO stated that the two existing vaccines which have been deemed 100 per cent effective have proven to work against the Zaire strain of the virus. One of them is the Ervebo vaccine which was licensed in November 2019 by the European Medicines Agency and the United States Food and Drug Administration. It has also been approved by various African countries.

Another vaccine, Zabdeno and Mvabea, is delivered in two doses for individuals 1 year and older, unlike Ervebo which is only for those older than 18 years of age.

However, there is no clarity yet on how effective they both might be against the Sudan strain.

Moreover, WHO also said that ring vaccination – that is injecting vaccines to those who were in contact with the infected person or someone linked to them – will not be possible.

“The ring vaccination that worked with [the] Zaire virus, will not be useful for this particular Sudan strain,” WHO-Uganda’s head of disease prevention and control, Dr. Bayo Fatunmbi, told a media briefing.

“But there’s another type of vaccine, Johnson and Johnson, that is being tested currently [to see] whether it will be useful for this particular strain.”

The US Centers for Disease Control and Prevention is at present aiding Uganda to deal with this outbreak.