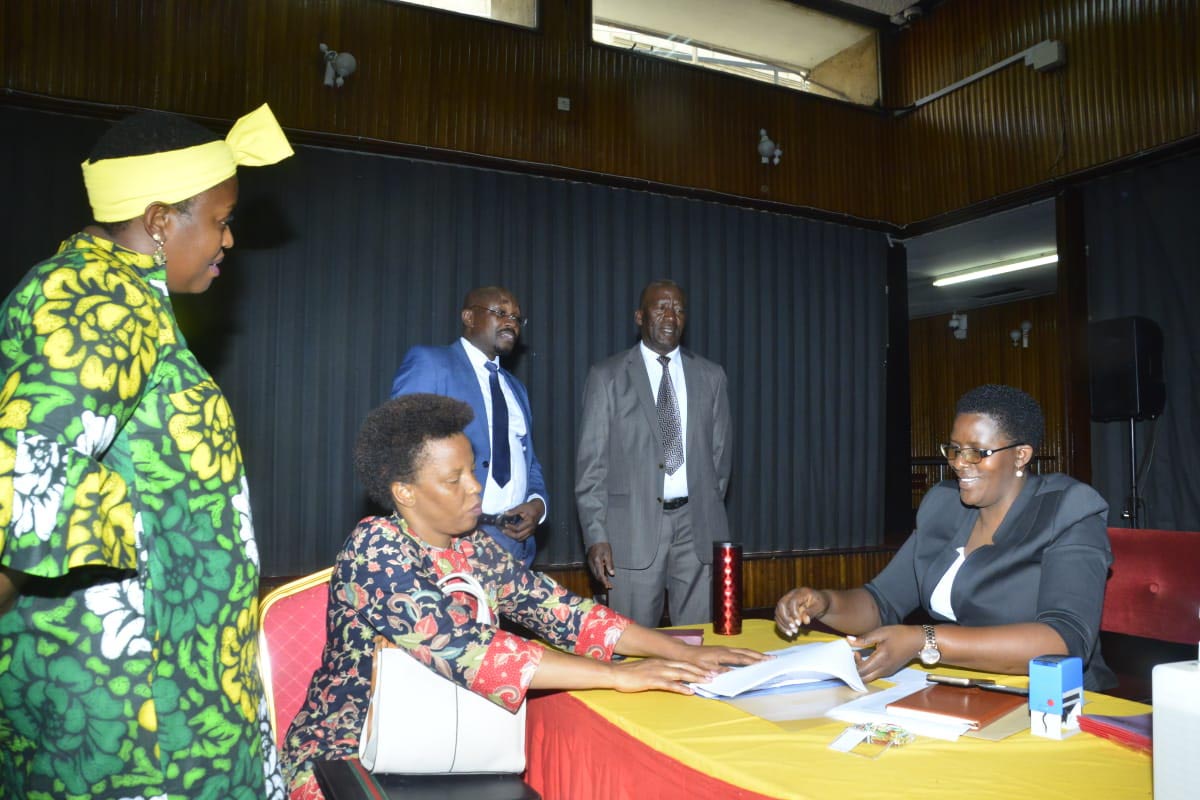 The Parliament of Uganda is conducting nominations for  candidates vying for the East African Legislative Assembly (EALA) seats. Each EAC member state is allocated 9 slots in the  assembly.

The NRM caucus on Friday endorsed 6 candidates who will represent the party in the EALA election and other two candidates; one from Uganda People’s Congress (UPC) and Democratic Party (DP) leaving only one slot for the independent candidates.

The exercise which kicked off this morning has seen the clerk to parliament nominate so far 15 candidates to compete for the 9 slots allocated to Uganda as a member state.

The Clerk to Parliament, Mr Adolf Mwesige has notified the nominees that a verification committee is yet to be constituted to scrutinize all the candidates who will be nominated during the two-day exercise.

The independent slot has attracted quite a number of contestants, who include former MPs ;Veronica Kadogo and Jacquiline Amongin, Julius Buchana, Dr. Dennis Kapyata, Daniel Muwonge, Stella Kiryowa, Phiona Rwandarugali, Gilbert Agaba and Patience Naamara Tumwesigye among many others.