The Independent:Follow View Profile New portrait of smiling Queen released by Buckingham Palace ahead of funeral

Buckingham Palace has released an unseen portrait of the Queen on the eve of her funeral. 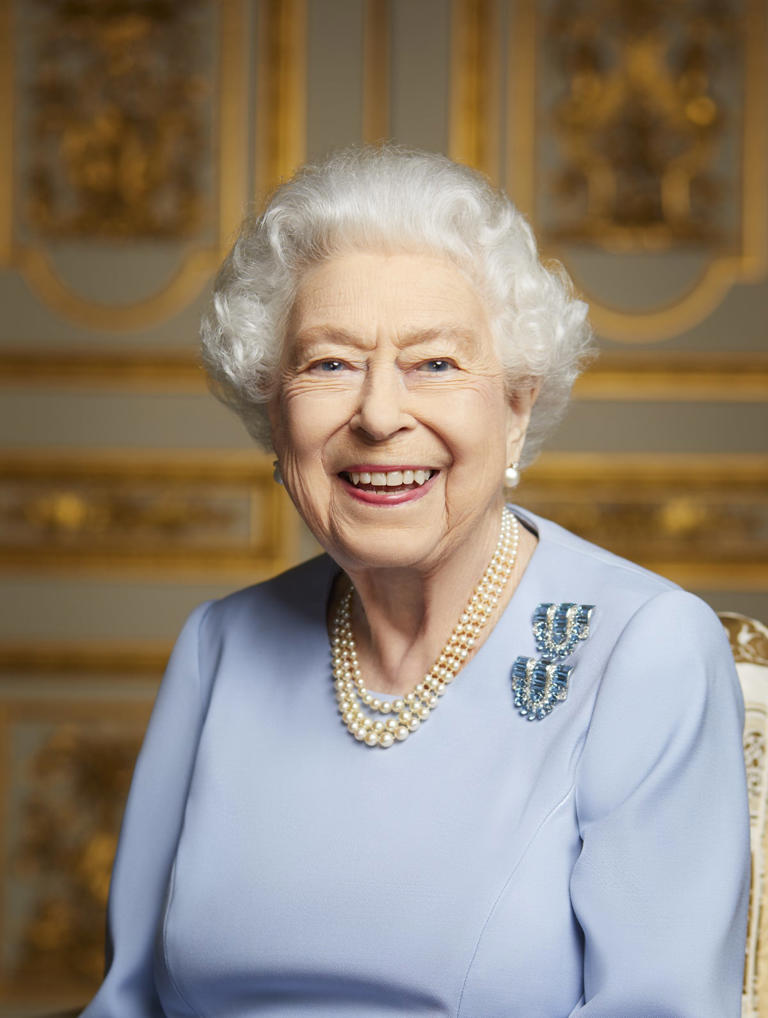 In the photograph, which was shot at Windsor Castle in May, Her Majesty is dressed in a dusky dove blue dress with her hair neatly curled.

She is also seen wearing a pearl necklace, pearl earrings, and her aquamarine and diamond clip brooches which were an 18th birthday present from her father George VI.

The two art deco-style pieces, worn one below the other, were made by Boucheron from baguette, oval and round diamonds, and aquamarines. The Queen wore the brooches when she addressed the nation on the 75th anniversary of VE Day in 2020 and for her Diamond Jubilee televised speech in 2012.

The image was taken by photographer Ranald Mackechnie, who also took the jubilee portrait of the Queen released to mark the start of national festivities of her milestone 70-year reign.

In a televised tribute to her mother-in-law on Sunday (18 September) evening, the Queen Consort recalled the Queen’s “wonderful blue eyes” and said: “I will always remember her smile.”

On Monday (19 September), the United Kingdom will say its final farewell to Queen Elizabeth II – the country’s longest-reigning monarch.

The state funeral is the first of its kind since that of Winston Churchill in 1965, and will take the form of an elaborate ceremony that will see Her Majesty’s coffin transported from Westminster Hall to Westminster Abbey and finally to Windsor Castle.

Ahead of Her Majesty The Queen’s State Funeral, a new photograph has been released.

The photo was taken to mark Her Majesty’s Platinum Jubilee – the first British Monarch to reach this milestone.

Tomorrow, millions will come together to commemorate her remarkable life. pic.twitter.com/UyVfjVvJgw

Hundreds of dignitaries are due to attend the service at the Abbey, with presidents, prime ministers and international royals among the 2,000-strong congregation.